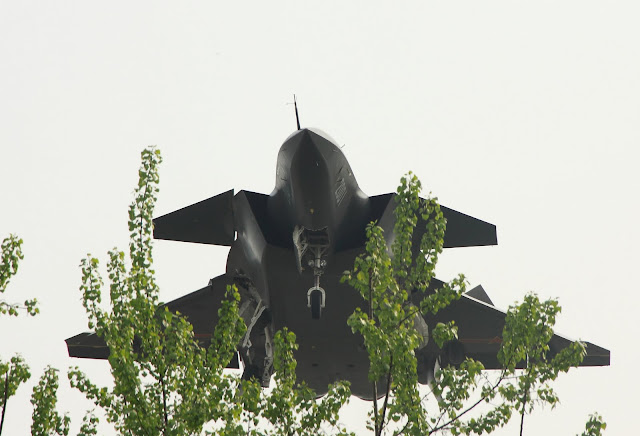 Is the picture modified by photoshop
software?

What makes you think that? It doesn't look any different then other photos of the J-20

ChenHon said...
This comment has been removed by the author.
7:51 PM

The propotion of canard to wing looks strange. It's bigger than the photos I got from the internet.

ChenHon,
The second picture you listed is fake, that is known fact. The Picture in this post is just one of a series of pictures posted recently in Chinese forums, it is not fake.

Judging from the range & angle, the picture seems to be taken within the fence at the end of the runway. It's a big bird, that's for sure.