Back in October of last year, we blogged about the new PLAN Z-8 AEW project.  These recently surfaced photos suggest that the project might have moved to the next stage of development. 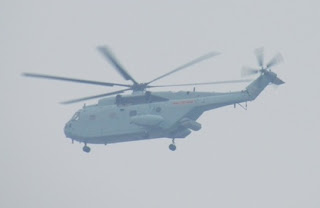 Recent images have surfaced of a Changhe Z-8 with what appears to be a external radar array. This variant may possibly be the long-rumored Z-8 Airborne Early Warning variant for use in the PLAN's expected first carrier air wing. The radar appears to be a "bar" array, seen in these images in the stowed position. The array would presumably be lowered during operation to allow 360 degree coverage much like the French "Horizon" AEW system mounted on the Aerospatiale Super Puma Mark 2. An alternate possibility is that the radar is the battlefield SAR-type for use by the PLA. Either way, this is a major development and seems to likely preclude the purchase of Ka-31 AEW helos by China. 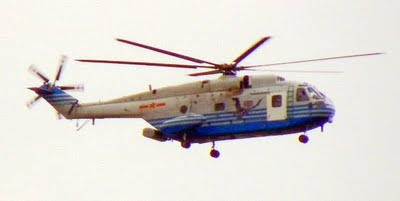 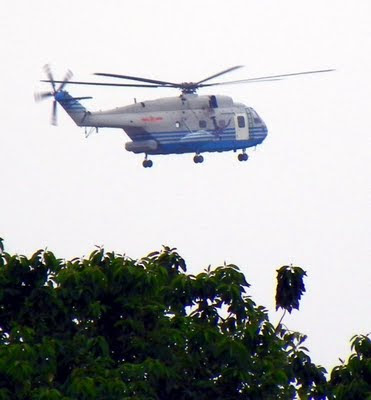