Chinese UN policemen run through simulation for the last time before deployment to East Timor. In sum, China has deployed 1,597 policemen for UN peacekeeping missions.  I guess that is why some call China a "police state" (bad pun, I know). 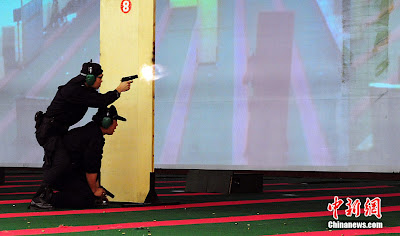 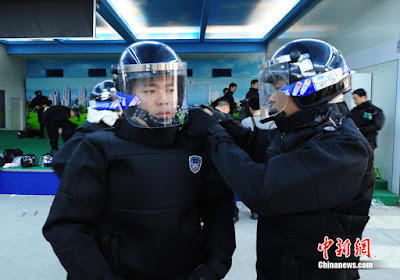 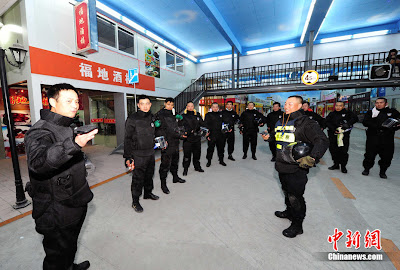 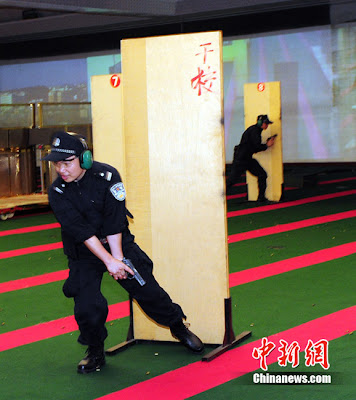 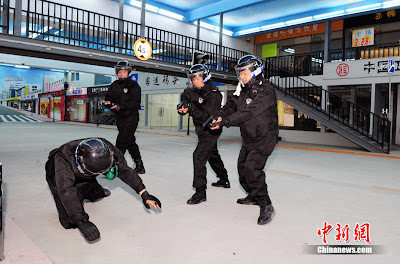 It is the 15th peacekeeping police squad China has sent to East Timor since 2000.

Eight out of the 24 police personnel had previously participated in United Nations peacekeeping missions.

With an average age of 34, the squad will replace their counterparts from eastern China's Jiangxi Province, who have been in East Timor since February last year.

According to the Ministry of Public Security, China has sent 1,597 police for UN peacekeeping missions to East Timor, Bosnia and Herzegovina, Kosovo, Liberia, Afghanistan, Haiti and Sudan since January 2000.

Portuguese-speaking East Timor, an island nation at the eastern end of the Indonesian archipelago and north of Australia, became the first new sovereign state of the 21st century in 2002.

China sent its first batch of peacekeepers to East Timor in January 2000 to help restore security after factional violence.