The long rumored deal is now finalized. Thanks to Bangladesh Military Forces Forum for the alert.

For the first time in the country's history, the government will purchase 44 new tanks and three armoured recovery vehicles (ARV) for the army as part of its plan to modernise the armed forces.

The government will also buy two brand new helicopters for the army to ensure necessary logistic support for the UN peacekeeping activities.

The Main Battle Tanks (MBT-2000) and the ARVs will be bought from China, and the helicopters from France through government-to-government deals, which were recently signed. According to the deals, the cost of the tanks will be around Tk 1,201 crore, and the helicopters Tk 174 crore. Besides, a process is on to buy 18 brand new cannons.

The purchases would be done from the budgetary allocations for the army, said government sources.

The government increased the allocation for the armed forces to Tk 12,134 crore in the proposed budget for fiscal 2011-12 from Tk 10,918 crore in the current fiscal year.

"The purchase is being done as a part of modernisation of the Bangladesh Army," he said adding that the tanks will be delivered in phases over a span of 27 months. In the first phase 24 tanks will come within 20 months, and the rest will come in the second phase over the next 7 months.

The payment for the purchase will be made in phases over the next eight years, said the major general.

Maj Gen (retd) Amin Ahmed Chowdhury told The Daily Star that through this purchase, the military of the country will definitely get a boost.

“If the authorities concerned that would supply the tanks share transfer of technologies then it would work.”

Mag Gen Abdul Matin however said the Chinese government will provide training to technicians of Bangladesh Army in China and in Bangladesh for a good period of time so that the tanks and ARVs could be maintained properly. The training will be free of charge, he said adding that the China would also give adequate spare parts of the tanks.

The government in 2003 took initiatives to buy tanks for the army, but that initiative did not see the light of day due to budgetary limitations, said the sources.

The government was supposed to buy seven tanks last year and seven more this year. As only a Chinese company took part in the tender, the government cancelled it, and re-invited tender in which four companies from China, Russia, Ukraine, and Pakistan participated. Chinese company Norinco was selected as the lowest bidder.

Later the army requested the government to buy 44 tanks instead of 14.

A five-member committee headed by Maj Gen Abdul Matin signed a deal with the Chinese defence ministry on June 14 to purchase the tanks. According to the deal, China North Industries Corporation (Norinco) will deliver the tanks.

Matin said Eurocopter, a global helicopter manufacturing company in France, will supply the two helicopters by July next year.

The two helicopters will be used in UN peacekeeping missions, he said.

The committee chief said they have signed a draft deal with the countries concerned to purchase 18 new cannons. The agreement will be finalised next year, he added.

Bangladesh first got tanks in 1974 during Bangabandhu Sheikh Mujibur Rahman's trip to Egypt. The then Egyptian president Anwar Sadat presented Bangabandhu with 44 tanks that were in good shape, said government sources.

Some refurbished tanks have also been bought for the army over the years. 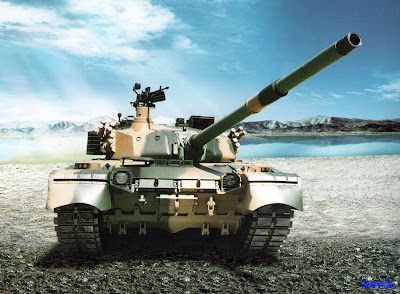 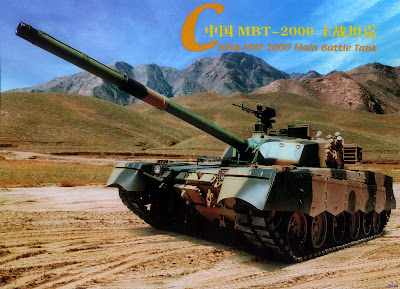 Actually Daily Star was not the first which published this news about purchasing 44 Chinese Tanks by BD army. Rather this news was first published by Bangladesh Defence Journal in its April issue. And there is wrong information in Daily Star's report. Ukraine and Pakistan didn't participate in the tender at all. Again, BD army procured maximum tanks from China after 1975.

thanks for the correction

Recharge any bangladeshi mobile balance via following this site

its simple and reliable