Vietnam and China to conduct a joint patrol in Tonkin Gulf

Hopefully this is a sign that involving parties are putting the course of events back to normal after the all the excitement surrounding the South China Sea.


Vietnam and China to conduct a joint patrol in Tonkin Gulf

This is the 11th joint patrol that has been conducted since the two navies signed an agreement on Joint Patrol Status in October 2005.

As scheduled, the joint patrol started at 8am on June 19th and will finish at 10.15am on June 20th (Hanoi time) with a journey of 306 nautical miles.

The joint patrol aims to promote the traditional friendly neighbourhood cooperation relationship between Vietnam and China, as well as enhance the mutual understanding and trust between the two armies and navies.

The patrolled area is the delimitated waters that border Vietnam and China in the Tonkin Gulf. The patrol also targets to maintain security and order at sea, put forward the implementation of the Fish Farm Agreement, stabilise normal production activities of the two countries’ fishermen in the Tonkin Gulf and to share experiences between the two navies.

After the joint patrol, under the instruction from Chinese boats, two Vietnamese boats, led by Colonel Nguyen Van Kiem, Deputy-Chief-of-Naval Staff, will dock at Zhanjiang port to start their official friendly visit and exchange with China People’s Liberation Navy. 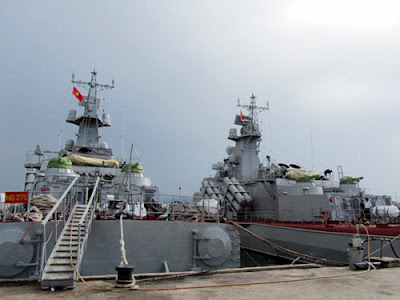 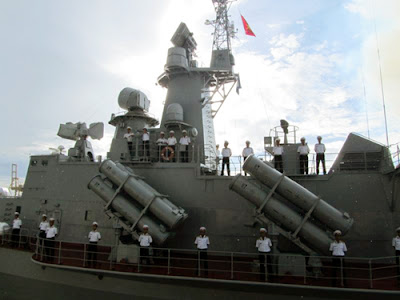 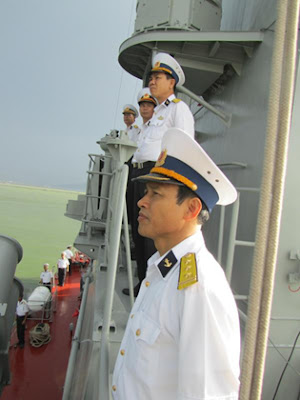