Although the commissioning time for Y-20 cannot be disclosed, Tang Changhong said it is hoped that it can be commissioned as early as possible. However, it is important to ensure that there is no risk of failure at all in the aircraft test, and the aircraft can only be put into use under the very precise conditions. The test to date is going on very smoothly. He disclosed that the training of the test flight pilots for large transport aircraft is now underway.

Tang Changhong introduced that according to the current test flight status, all the expected goals have been achieved, and the original design goals for some limit requirements including flight height and flight speed, especially the requirements that the aircraft should possess good anti-bumping performance and be more comfortable have also been achieved.

China declared to launch its large aircraft development project in March 2007. And the Y-20 took off for the first time from China’s Yanliang base at 14:00 on January 26, 2013 for a flight period of one hour. The successful first flight of the Y-20 marked that China has its own large aircraft.

According to the estimation from foreign media, China needs at least 300 Y-20 aircraft, and at the same time, China may also export the Y-20. In this regard, Tang Changhong said that Russia has made more than 800 IL-76 aircraft, and the number of large aircraft in the U.S. is also very large. But different countries have different national conditions, China’s civil and military aviation transport is just at its beginning stage; its perfect transport system is not yet built up, which is now far behind that of developed countries. “Therefore, I believe that through the hard-working, China will have a very big room for development in the future. We also hope to establish cooperation relations with other countries,” Tang said.

As for the guess that China will develop super large transport aircraft after developing the Y-20, Tang Changhong expressed that China currently has no such plan. He pointed out that from the design perspective, the emerge of large transport aircraft not only represents an aircraft model, but more importantly represents the accumulation of a batch of basic technologies, design capabilities and production capabilities. It is actually an upgrading of the industrial level, which will make more contributions to China.

When will the brother series of Y-20 be launched? Tang Changhong replied that: “The present main work is still to carry out the test flight on Y-20’s basic stability, the brother series is not yet considered. Some plans on China’s large transport aircraft are still under discussion, which cannot be disclosed.”

Tang Changhong expressed that Y-20 with a maximum payload of 66 tons and a maximum take-off weight of 220 tons is a very large heavy-duty transport aircraft. He took the example of the U.S. large aircraft’s application and said that the U.S. large transport aircraft have played very important roles in the national construction in the U.S. Therefore, China’s Y-20 not only aims at military application, but also more focuses on civil applications including construction material and equipment transportation, earthquake relief and emergency rescue.

“The performance of Y-20 is very high. It can adapt to relatively hard conditions and can land at small airports in mountain areas. In its design, the adverse weather conditions of frigid zone, high heat area and plateau as well as the runway situation are fully considered,” he said.

Tang Changhong, a Xi’an native, graduated from the major of aerodynamics at the Northwestern Polytechnical University in 1982. He successively participated in the development of the aircraft models including “Flying Leopard” fighter, Y7-200A, MPC-75 and AE-100, as well as the research on major pre-research subjects. He is now the chief designer of the First Aircraft Design Institute under the First Group Company of the AVIC and an academician of the Chinese Academy of Engineering (CAE). 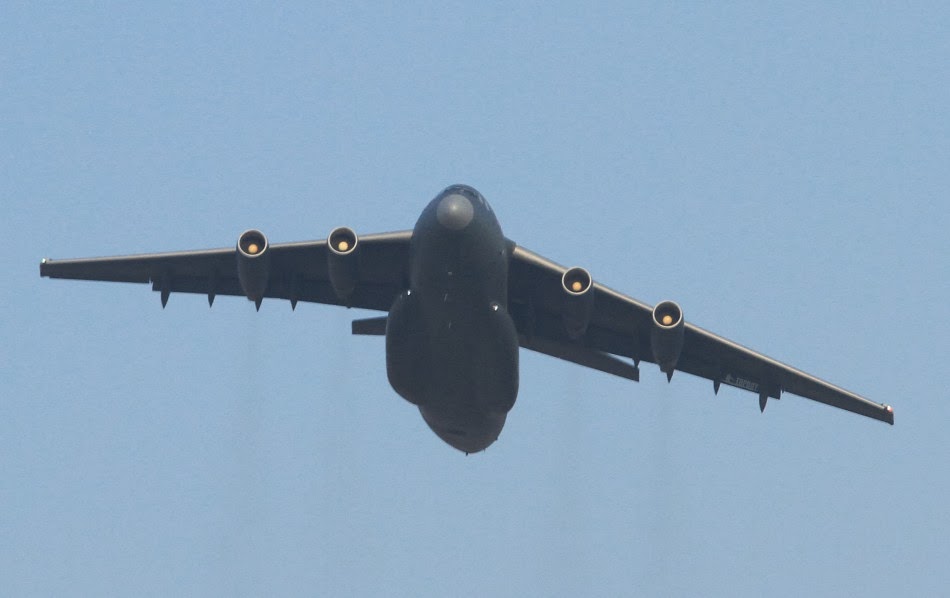 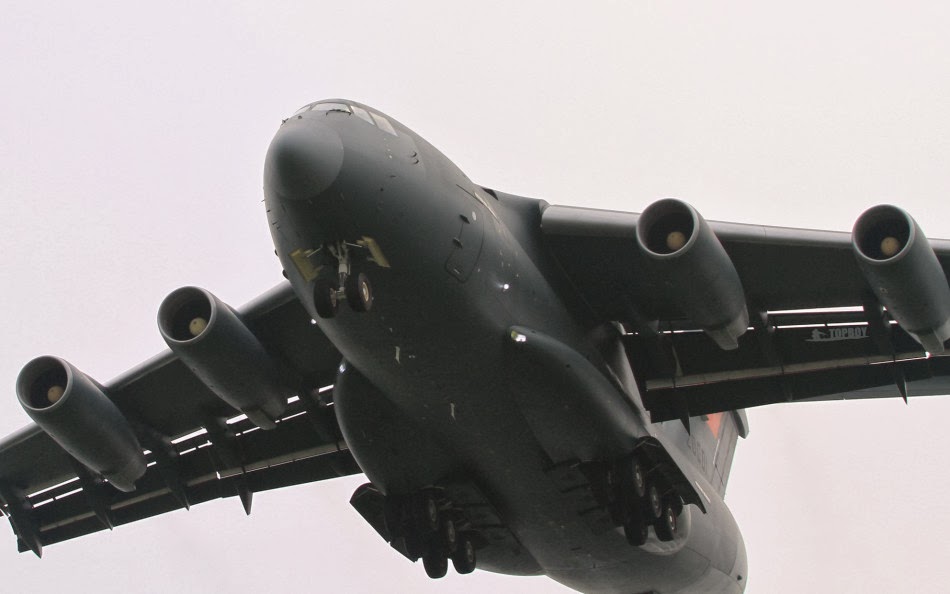 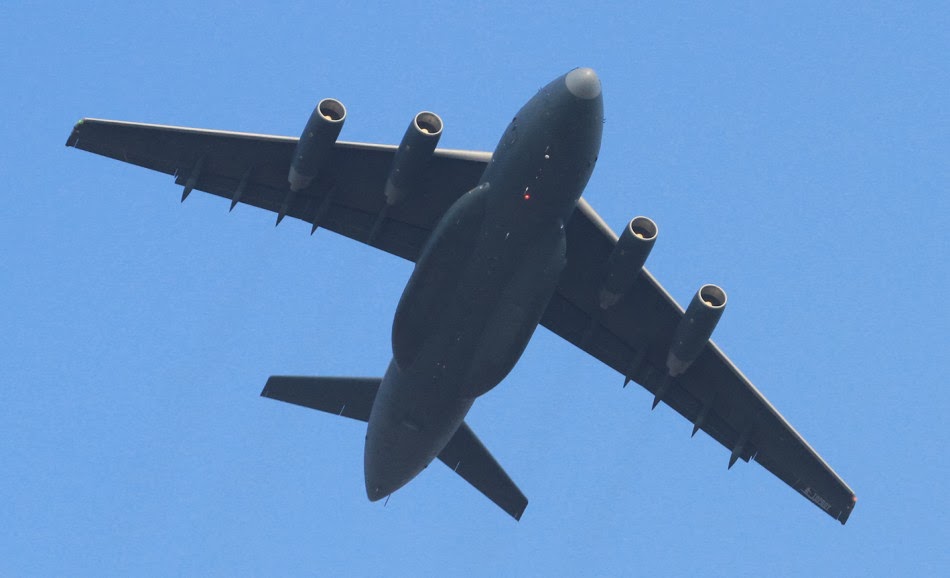 Posted by Coatepeque at 9:14 PM

It looks like a larger, more modern IL-76. It will be a good plane and the PLAAF will definitely put it to work, especially in the remote and high areas of China.

I don't see the export market being very large or good. Right now the C-17 dominates the high end of the strategic airlift market while the IL-76 covers the low end....and the total market is not that big. Also one of the largest single customers is India, so no sales for China there. Additionally, with fuel cost to remain high, I think countries will look more and more to the modern turbo prop transports like the C-130J, A-400M, and AN-70.

Most likely to be a small domestic records since China really don't have much of a history in large military transports R&D.