Soldiers from the "Red Army" provide security for their tanks during an attack to the "Blue Army". "The "Stride 2016•Zhurihe A", a trans-Theatre Commands(TC) confrontation drill held by the PLA Army, entered the actual-troop confrontation and position attack phase at the Zhurihe Training Base in North China's Inner Mongolia Autonomous Region on July 19, 2016. An armored brigade attached to the 1st Group Army with the PLA Eastern Theatre Command acted as the "Red Army" and assaulted another Army brigade acting as the opposing force "Blue Army" 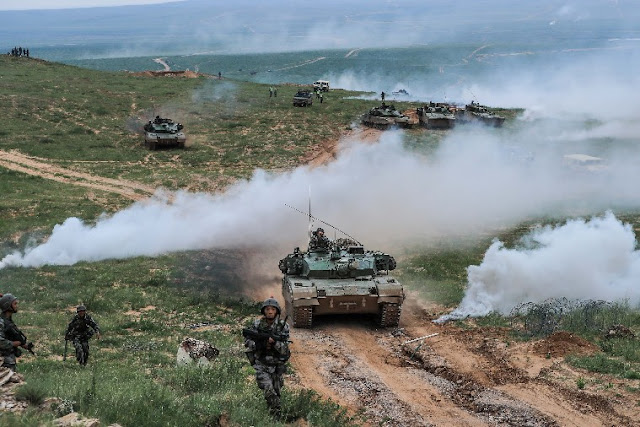 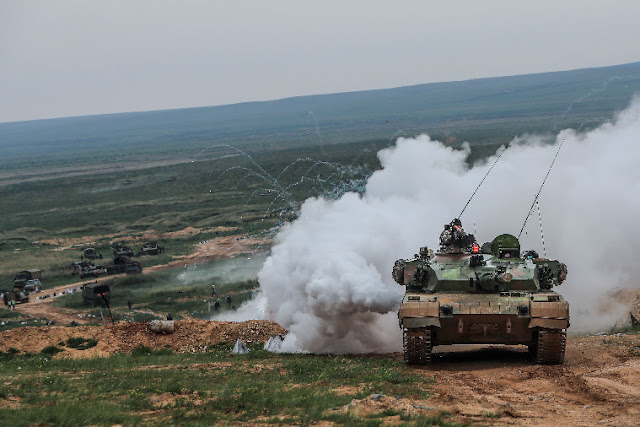 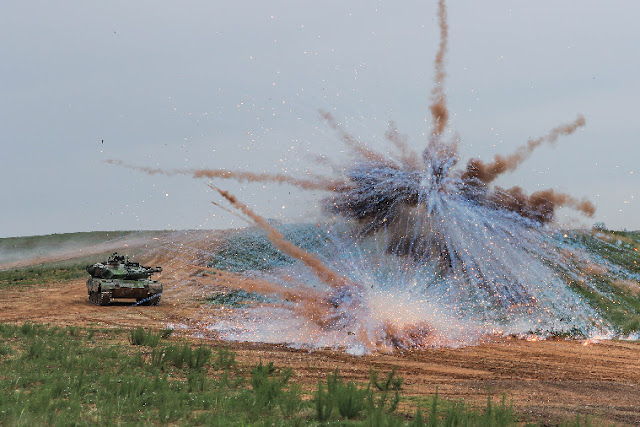