Slow news cycle -- just another routine drill next to the DPRK with 40 ships from all three fleets. 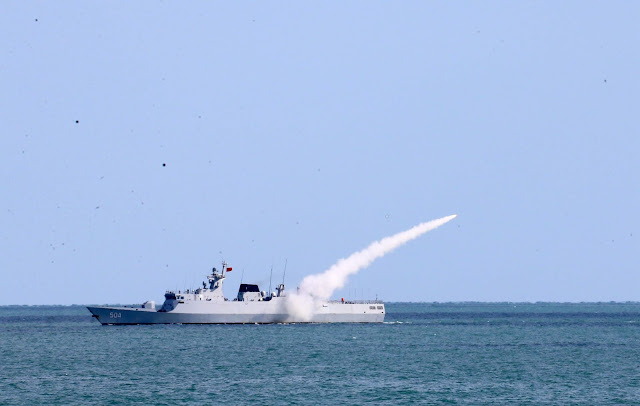 The guided-missile frigate Suqian (Hull 504) deploys its missile to intercept a simulated target missile during a missile competitive assessment conducted by the Chinese People's Liberation Army (PLA) Navy in waters of the East China Sea on Dec 7. (eng.chinamil.com.cn/Photo by Hu Wei) 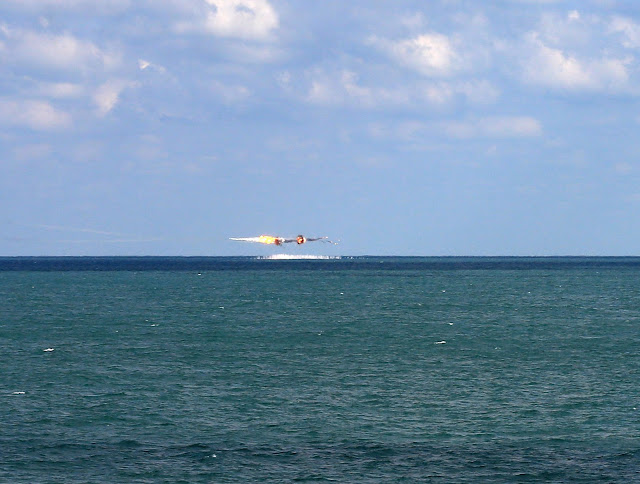 A simulated target missile is successfully hit by a missile launched by a participating frigate under the PLA Navy during a missile competitive assessment conducted by the Chinese People's Liberation Army (PLA) Navy in waters of the East China Sea on Dec 7. (eng.chinamil.com.cn/Photo by Hu Wei)

More than 40 vessels attached to the three naval fleets of the PLA Navy carried out live-fire anti-missile and air defense training exercises. The competitive assessment was aimed to test the air defense and anti-missile training quality of the Chinese PLA Navy's surface vessel troops.

Chen Shengqi, staff officer at the staff department of the PLA Navy, told the reporter that the competitive assessment used a kind of mainstream anti-ship missile as the target missile and aimed to test the terminal anti-missile capability of a certain type of surface vessel.

According to Chen, the participating vessels were randomly selected from the three fleets of the PLA Navy. They had to continuously fight against multiple targets at ultra-low altitude, judge the air defense effects by themselves, and organize intercept operation again based on the actual situation.
During the assessment, a number of experts from the PLA Navy's training departments, research institutes and colleges analyzed in real time the data transmitted back from the target missiles, target planes and vessels, and accurately judged the launch time, flight status and interception effect of the air defense missiles.

"The assessment yielded concrete results and also revealed some problems of the commanders' judgment on battlefield status and of the sailors' skills in operating weapon and equipment," said Cheng Dewei, deputy director of a bureau of the PLA Navy's staff department.

He added that, based on the assessment results, the PLA Navy will urge its troops to make up for deficiencies, adjust views and practices that don't conform to realistic combat requirements, and continue to enhance the air defense and anti-missile capabilities.