Celebration Parade is not Combat.

Invited by Mexico's Ministry of Defense, a 36-person honor guard of the People's Liberation Army (PLA) of China will attend the celebration parade marking the 200th anniversary of Mexico's independence on Sept. 15, according to Chinese Ministry of National Defense.

The squad will depart from Shanghai on Thursday.

More than 10 other countries, including the United States, Russia and France, will also take part in the ceremony.

This marks the first time an honor guard of the PLA has participated in such events overseas and it will serve to deepen mutual understanding and trust between China and Mexico. It also shows China's willingness to cooperate with other countries to maintain world peace. 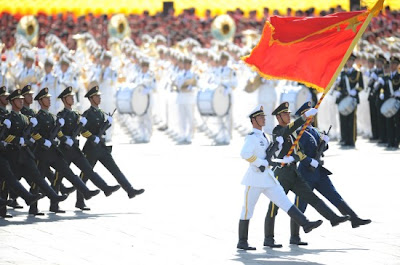