After completing its tour in the Gulf of Aden and good will visit to Egypt, Italy, Greece, Singapore and Myanmar. DDG168 is now hosting a three-day open house in her home city of Guangzhou. It is still not too late to make your way to the Guangzhou's Nansha Automobile Terminal. 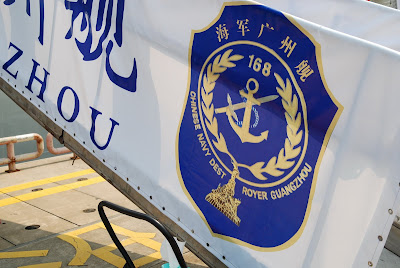 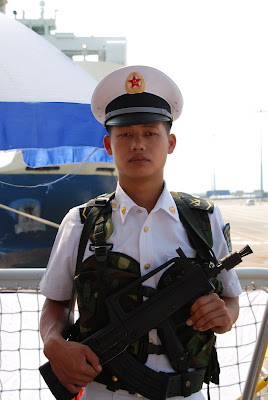 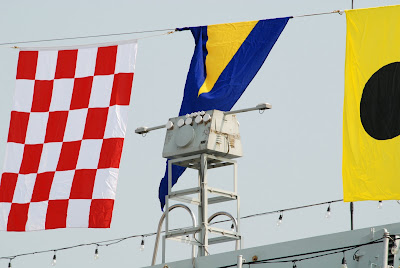 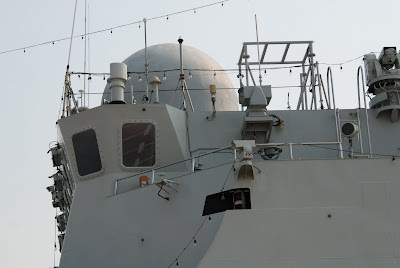 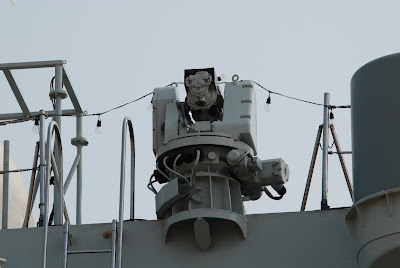 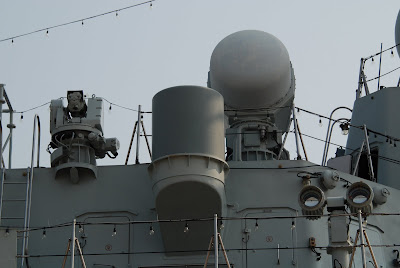 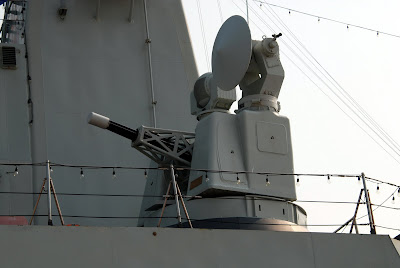 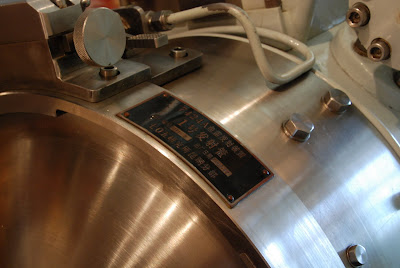 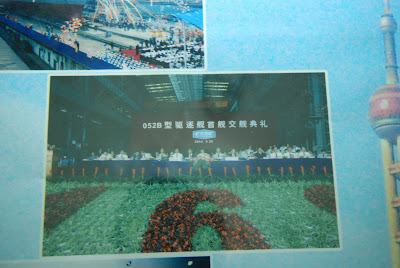 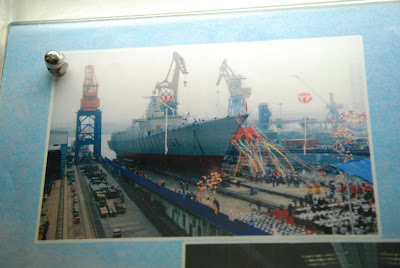 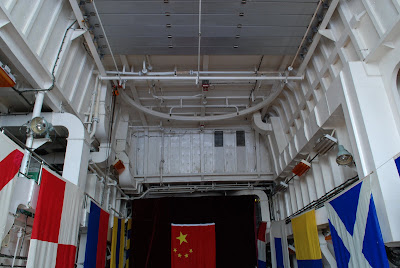 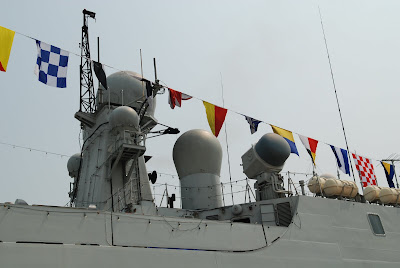 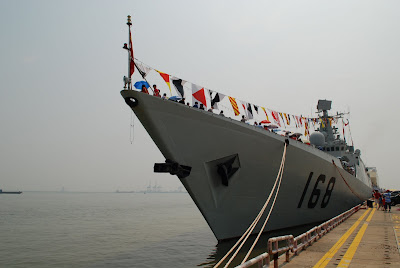 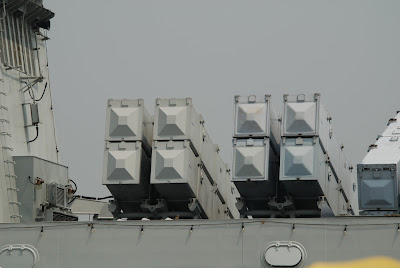 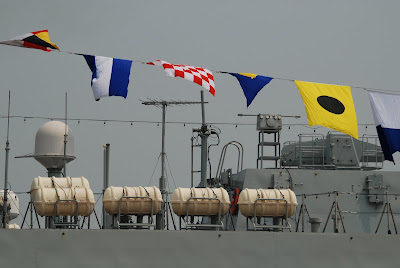 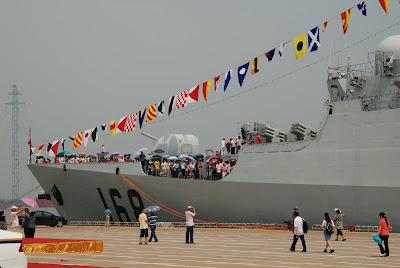 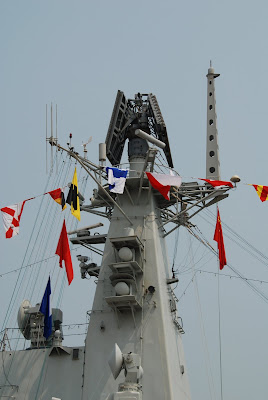 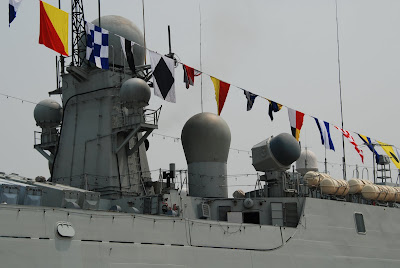 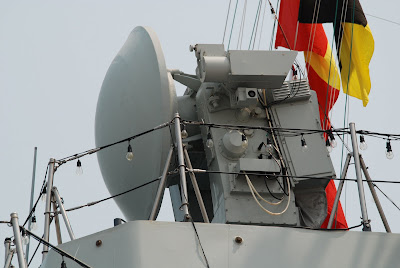 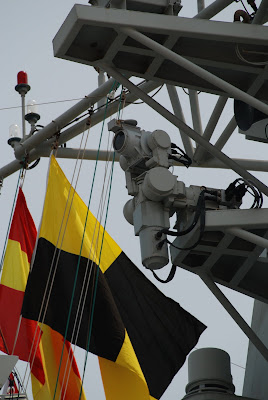 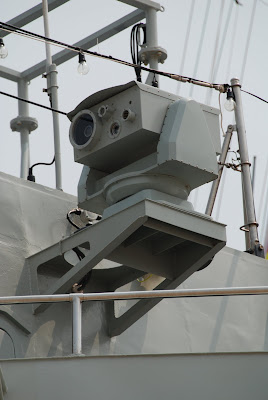 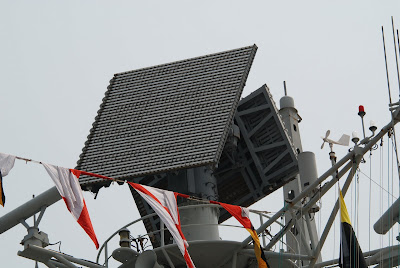 The vessels are part of the fifth Chinese naval escort flotilla, which just completed patrolling the Gulf of Aden and Somali waters to protect commercial ships from pirate attacks.

At 3 p.m. local time, some 200 people, including Chinese Ambassador to Singapore Wei Wei and other Chinese diplomats, representatives of Chinese companies and students, waved goodbye to see off the navy soldiers at the port.

During its stopover at Singapore, the flotilla added supplies and exchanged with the Singapore navy on escort experiences. The two navies also held a joint naval drill on Tuesday afternoon.

China's fifth naval escort flotilla with more than 800 officers and soldiers has successfully escorted 588 Chinese and foreign vessels in 41 batches since it arrived in the pirate-infested waters in early March this year. The flotilla docked Singapore on Sept. 5 before visiting Egypt, Italy, Greece and Myanmar, and is expected to arrive in China on Sept. 11.

What struck me from the pictures you provided is how many electro-optical sensors this ship has.

So many cameras, low-light or infrared TV's - even a set of externally-mounted binoculars on the bridge.

It resembles the security system in a mall - but for detection of external threats.

gotta watch out for those sneaky pirates

What is the device in pictures number 3 and 15 (where it is beside the aft SAM missile launcher)?

It's a trapezoidal box with arms and what appear to be lights at their ends.

Pic no 3 even shows that there is a hinged panel on one side that has been duct-taped shut, with 2 wires coming out of it, and downwards-facing vents below it.

On the front and back there seem to be 3 rows of electrical receptacles of some sort that are sealed with with plastic covers.

On the top row there are 5 small connectors, on the 2nd there are 5 larger ones, and on the last row there is a single large circular panel - with screws on the cover.

They seem to be connectors of some sort - maybe for testing.

On picture 15 you can see that this device is oriented to the vessels fore-and=aft axis and is mounted on the same platform that contains the missile launcher.

At the bottom of the box there seems to be some sort of pivot, but the jury-rigged wires would prevent it's rotation.

What are the organizations that you are looking to get from the Russian escort Shanghai firm. Whatever your need may be, these escorts in Shanghai are prepared to address everything your needs