Check out that sister.

Bilateral military relations have experienced "dramatic progress" in recent years and "are in good shape", Chen said on Thursday, according to Xinhua News Agency.

"China stands ready to work with Russia to further advance military ties, which will help promote strategic cooperation and is conducive to peace and stability in the region and the world," Chen said during a meeting with Russian Defense Minister Anatoli Serdyukov.

According to the Russian defense ministry, the two sides showed interest in continuing military cooperation in areas such as military technology, Russia's RIA Novosti reported.

Russia "attaches great importance" to communication and cooperation with the Chinese military, Makarov said. The relationship with China is one of Russia's top priorities, he said.

The two sides discussed military reform and agreed on the necessity of regular exchanges on important strategic issues and international security, Xinhua reported.

According to the broadcasting station Voice of Russia, the Chinese delegation will also visit a motorized infantry brigade in a suburb of Moscow, the Russian Northern Fleet, the carrier Admiral Flota Sovetskovo Soyuza Kuznetsov, the K-317 Pantera nuclear submarine and the museum ship Aurora in St Petersburg.

Analysts said China-Russia military relations, which is an important and sensitive part of the bilateral strategic partnership, is now "very harmonious" with "high-level of mutual trust" and has the potential to improve.

"The Russian military has elevated the degree of opening-up to us," said Li Jie, research fellow with Naval Military Studies Research Institute.

Li said China will reciprocate Russian military officers with equal courtesy at the next diplomatic exchange, "which will further enhance exchanges and increase mutual trust between the two militaries".

The Russian military has displayed great transparency during the visit, said Wang Haiyun, former Chinese military attache to Russia and vice-president of the Chinese Society for the Study of the History of Sino-Russian Relations.

As for the joint naval drills that Russia proposes, "it's not difficult to imagine it happening and will benefit both countries' naval forces and political relations", Wang told China Daily.

"The two countries also need to do something to speed up cooperation in military technology. Progress in joint research and production is important to both militaries," Wang said.

The visit is scheduled to conclude on Monday.

After Chen concludes his visit to Russia, he will continue on to Ukraine and Israel as part of his three-nation tour. 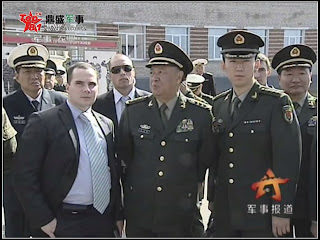 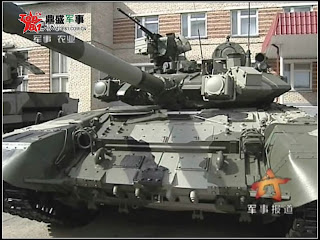 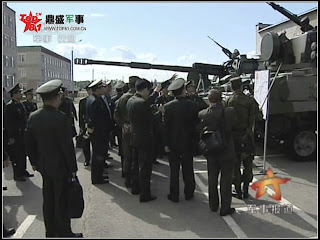 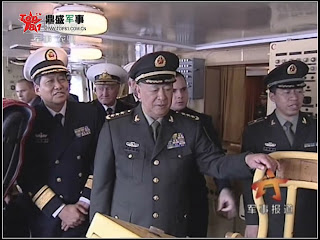 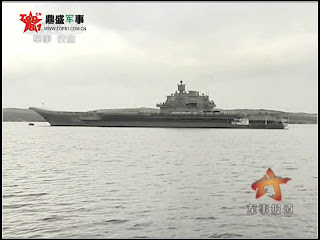 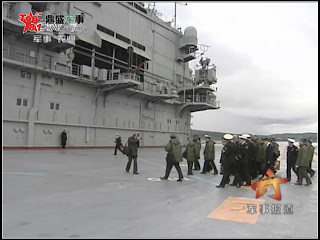 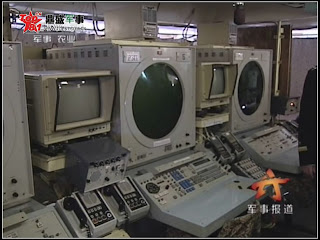 CDF Mix-and-Match game, can you spot the difference? 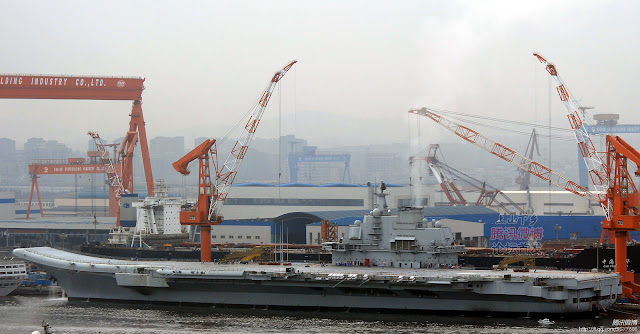 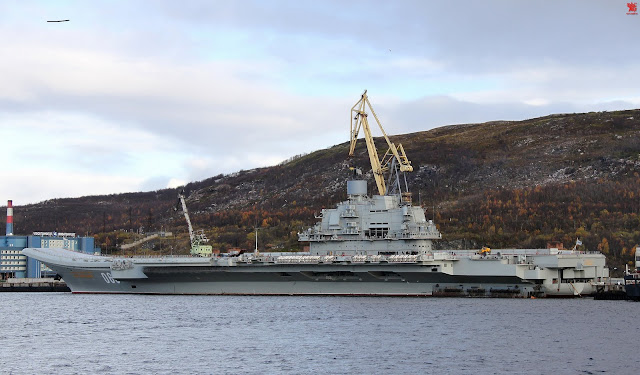 The Chinese water mark kind of gives it away even if I didn't recognize either ship.