While waiting for arrival of the refitted "aircraft carrier platform", the PLAN has to be content with its existing gears...........might just as well put them in good use by conducting a force projection exercise or two.

In pre-dawn darkness on August 6, 2011, the "Kunlunshan" landing ship quietly arrived at a sea area following a whole night’s voyage.

At daybreak, the fire support team was the first to destroy the beachhead firing points of the "enemy." Thereupon, the assault boats with the landing teams onboard fleeted out of the stern of the "Kunlunshan" warship one after another. Minutes later, several large ship-borne helicopters carrying the vertical landing teams took off in succession from the deck of the "Kunlunshan" warship. At the same time, several new-type hovercrafts sailed out of the dock, flying to the beachhead like arrows.

When the drill ended, Ji Hongtao, commanding officer of the landing and transport formation and commander of a landing ship flotilla, told the reporters, "This training was jointly conducted by several arms including landing ships, destroyers, marines and aviation units. The drill on such subjects of joint communication support, command and coordination, firepower and others tested troops’ three-dimensional projection capability."

By Li Yanlin and Yin Hang 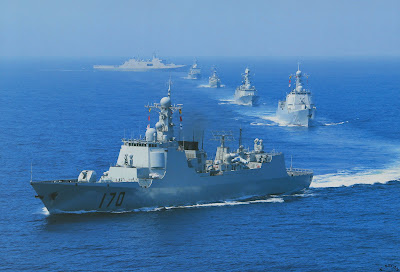 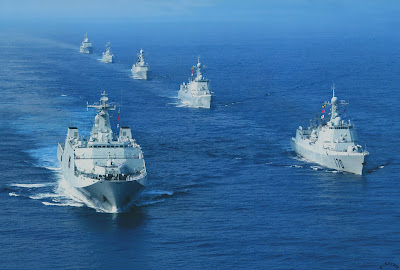