The PLAN makes dozens port calls a years but I am sure pundits would make a huge deal out of this particular one.

Two Chinese naval vessels have docked in North Korea for a rare goodwill visit marking 50 years of friendship between the two countries.

Associated Press television footage showed North Korean citizens lining the dock at the port of Wusan on Thursday for the arrival of the training ship Zheng He and the frigate Luoyang.

The Chinese vessels traveled to North Korea from the Russian city of Vladivostok, where they participated in celebrations marking the 315th anniversary of the Russian navy. 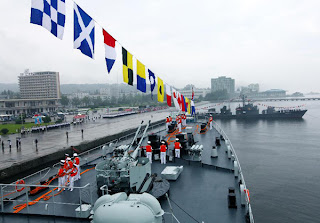 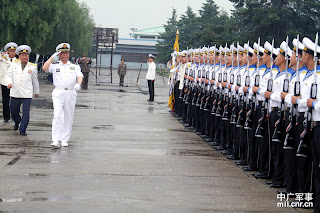 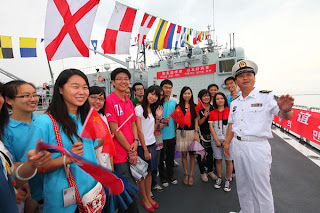 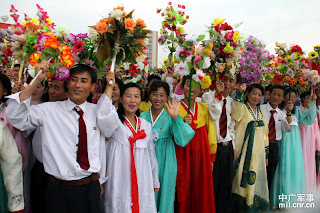 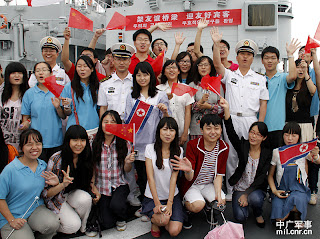 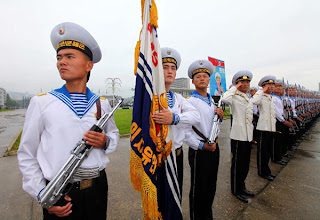 Our comrade, Mr. Unknown, happened to be in the land of the Dear Leader (TM) last week. He was there to soap up all the Orwellian essences that were clearly absent from his "bourgeois capitalist life style". He was promptly reeducated and is all better now 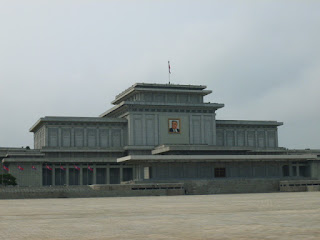 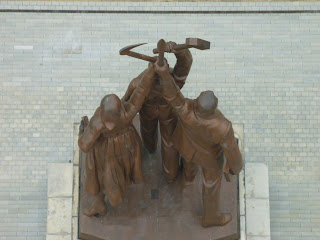 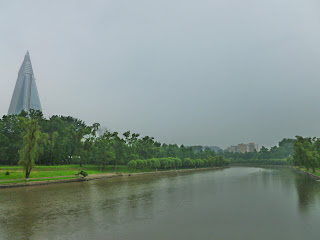 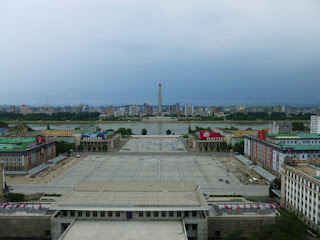 Night life in the promised land 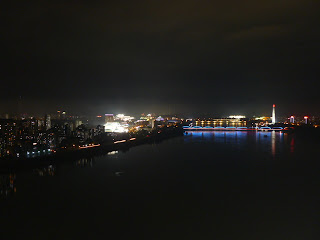 Posted by Coatepeque at 8:23 PM