Communist Propaganda Of The Day: Can't tell them apart

The poster pic in quesiton. 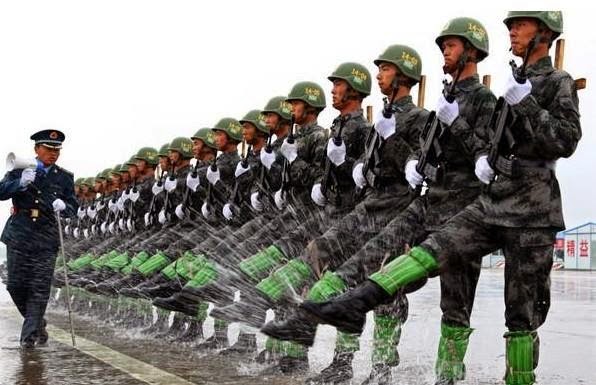 TAIPEI, Taiwan -- The Army Command Headquarters (ACH, 陸軍司令部) yesterday said that it has ordered the immediate removal of a controversial Army recruitment poster and is conducting internal discussions to determine the proper punishment for personnel responsible for creating the poster.

According to the Chinese-language Apple Daily, a reader revealed a controversial poster on Saturday and claimed that the poster was found during a family reunion day at the 206th Army Infantry Brigade (陸軍步兵206旅) located in Guanxi Township, Hsinchu County.

Reportedly, the poster in question is a recruitment poster for the Republic of China Army (R.O.C.A.) seeking to draft full-time soldiers. However, the Apple Daily reader reportedly noticed that the servicemen on the poster were People's Liberation Army (PLA) soldiers from mainland China, and not from Taiwan.

The reader was quoted as questioning whether the R.O.C.A. and the PLA are both classified as one Chinese army.

The mistake allegedly happened when Army officers conducted online picture searches to create the poster. Investigations have revealed that the said officers mistook PLA military men for R.O.C.A. soldiers, which resulted in the making of the controversial poster.

In response, an officer from the ACH stated that the poster was used for recruitment, and its immediate removal of was ordered following confirmation that the soldiers in the poster were indeed not of the R.O.C.A.

The officer said that the commanding officers have begun to look into the situation, and will deliver punishments to responsible parties accordingly. The ACH will also adopt the case as a lesson to learn from to prevent future errors from happening.

The ACH will take responsibility for the situation and reflect on the mistake, and will also strengthen the screening process for its pro motional mediums, the officer said.
Posted by Coatepeque at 6:47 PM

Its pretty scary that the guys in charge of recruitment can not recognize their own national uniform.

Perhaps there has been no mistake. Maybe someone is subtly revealing what the future holds for TW and its armed forces.