Photos of the day: Island building in South China Sea as reported by a Japanese news program

It is huge in Japan. 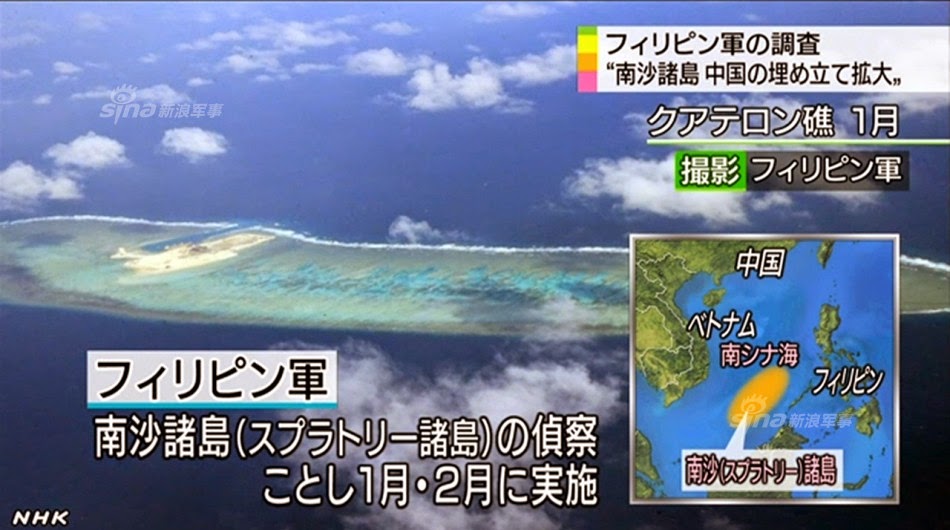 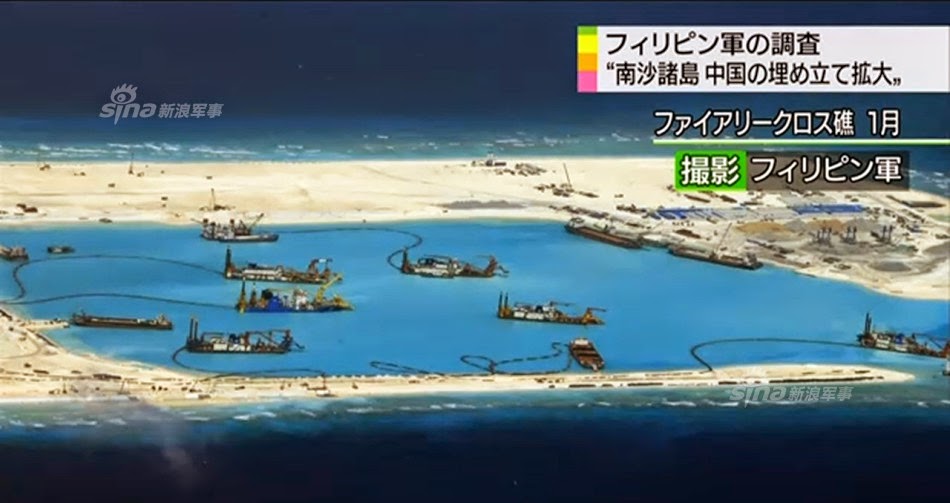 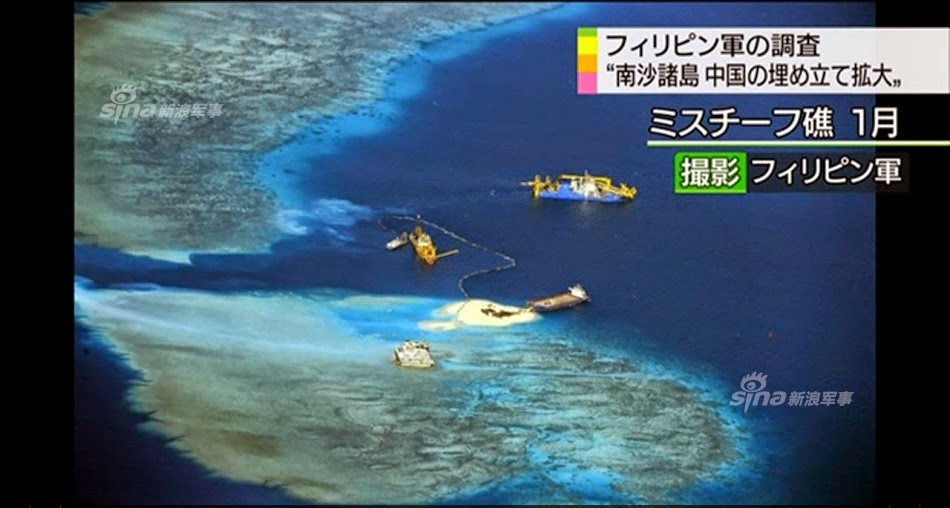 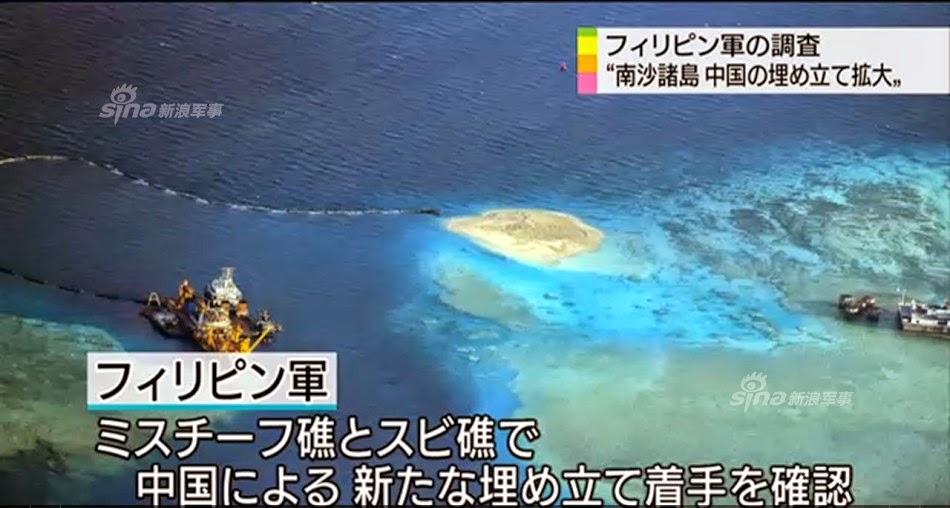 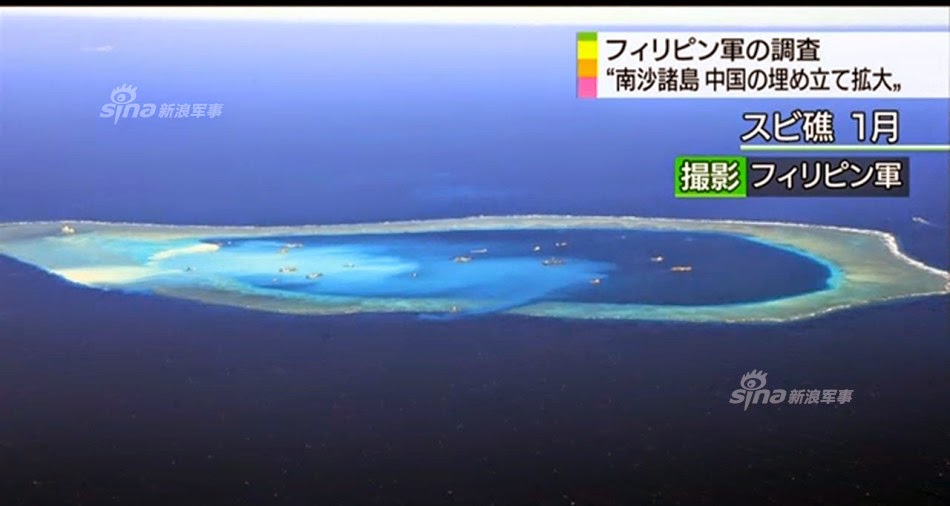 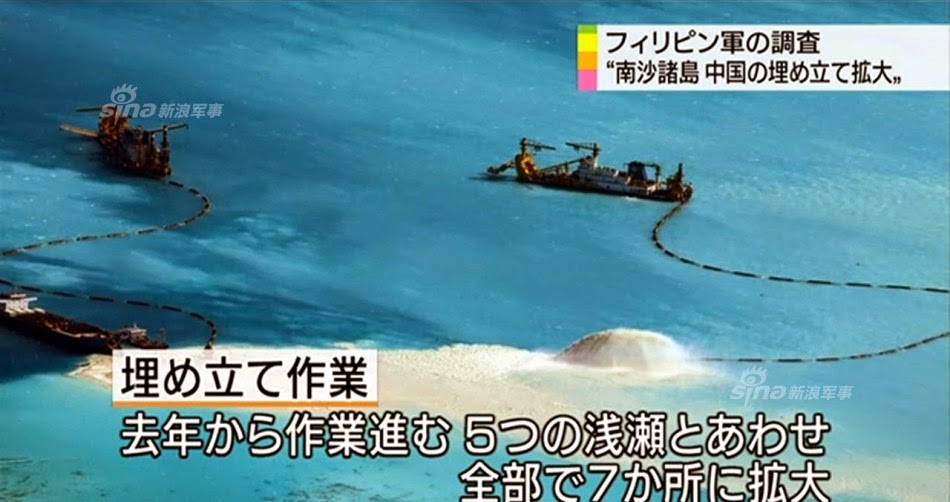 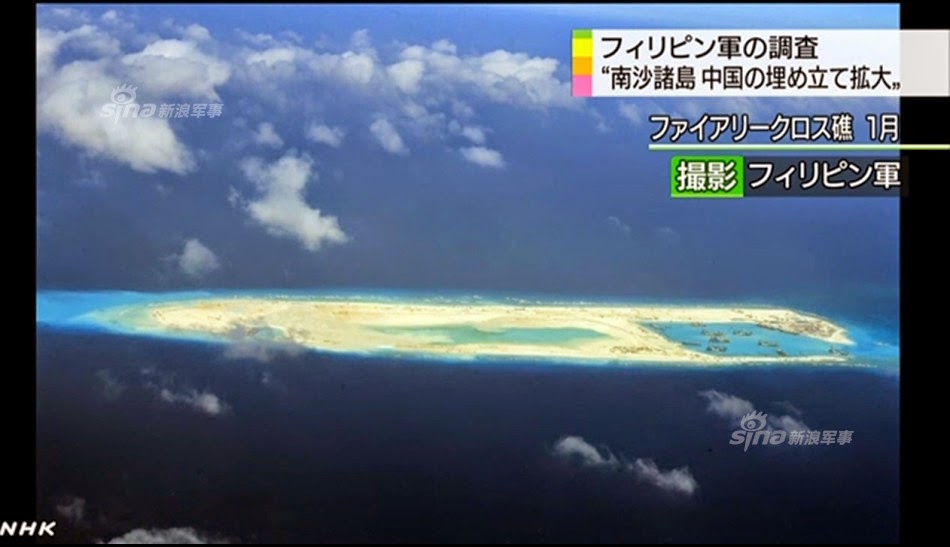 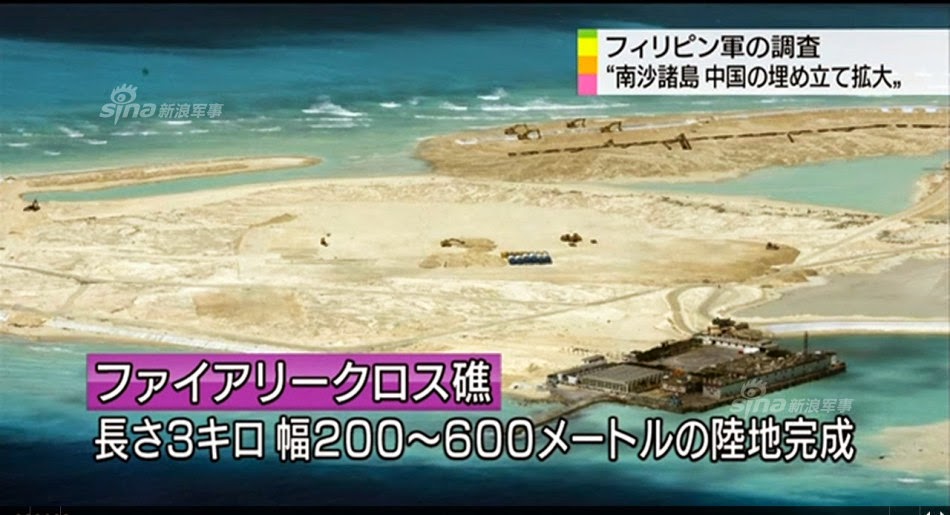 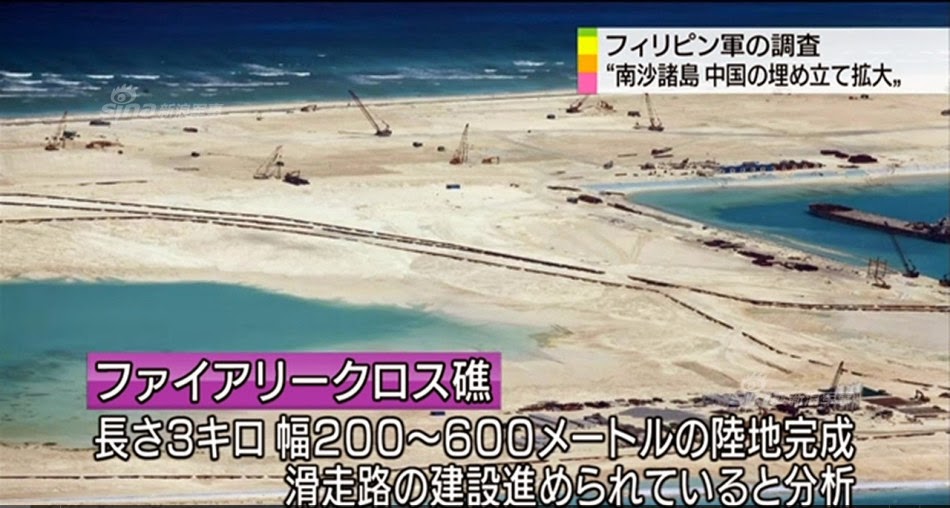 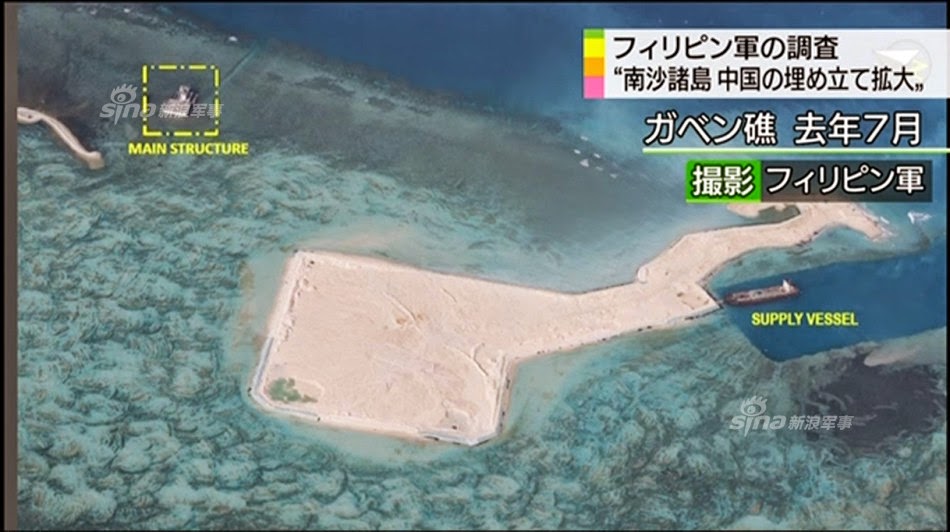 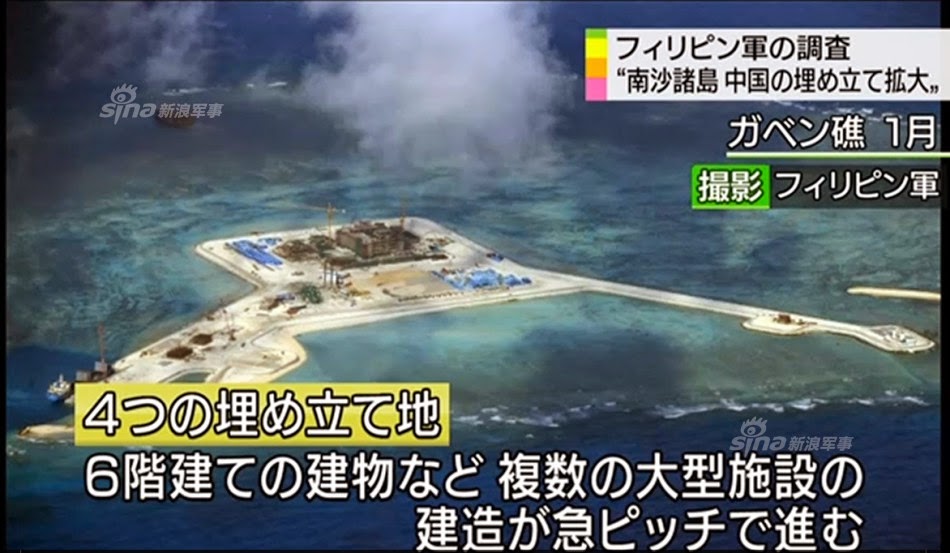 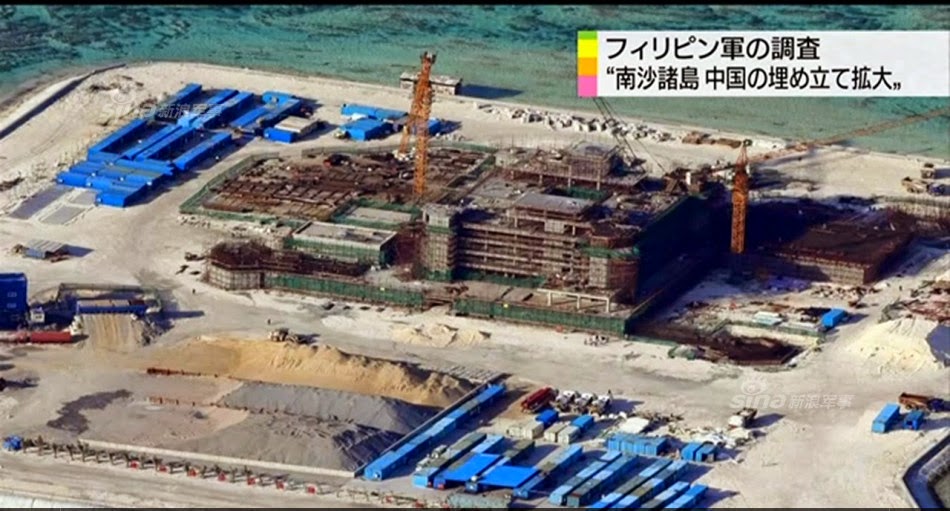 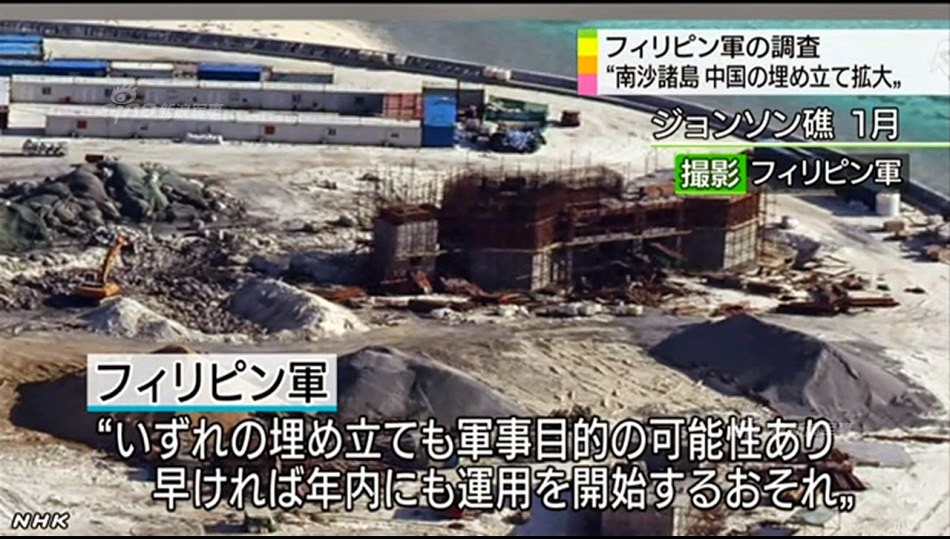 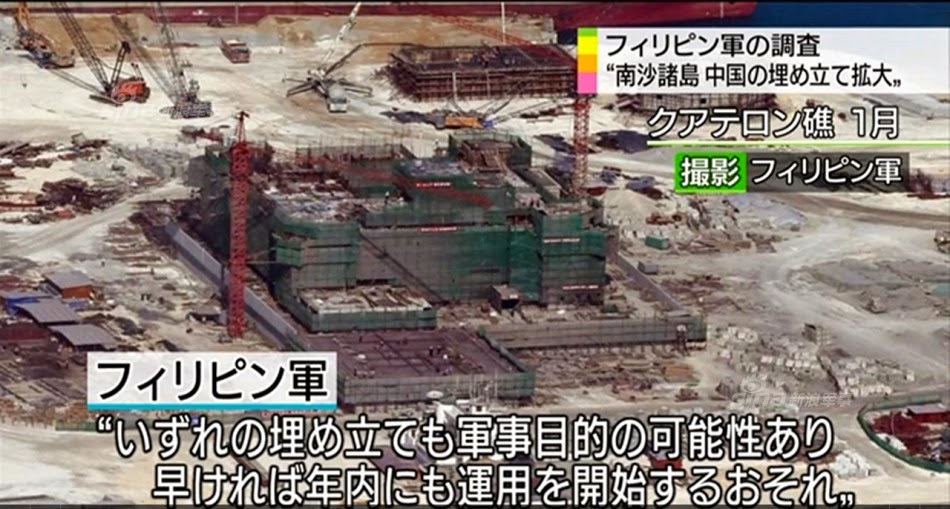 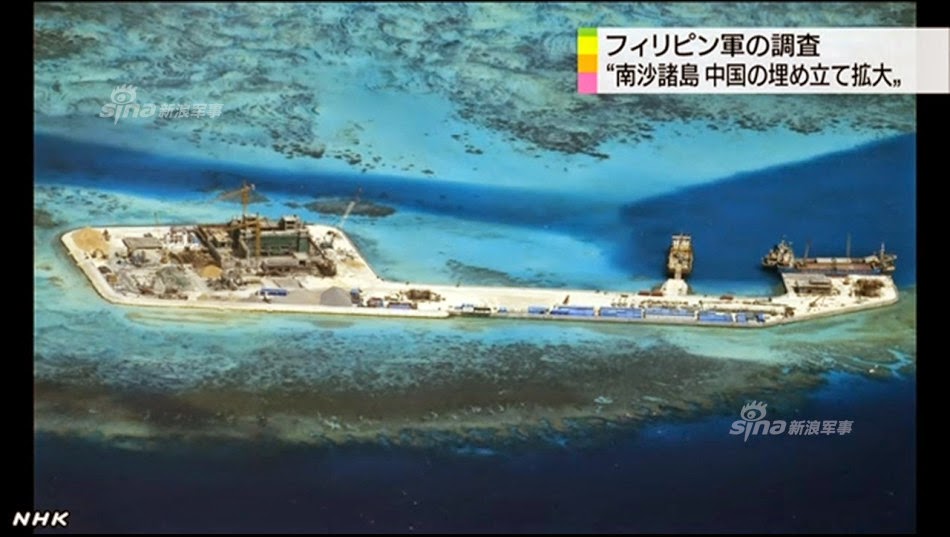 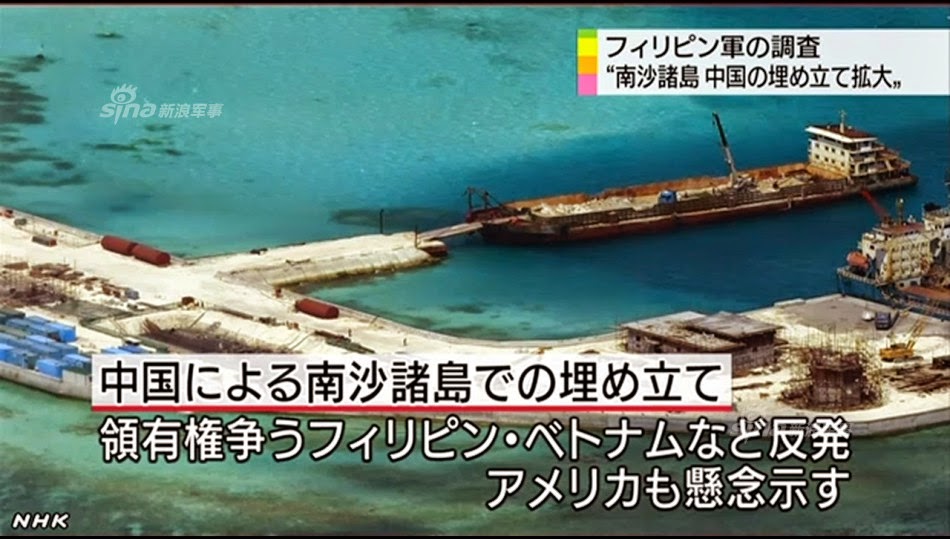 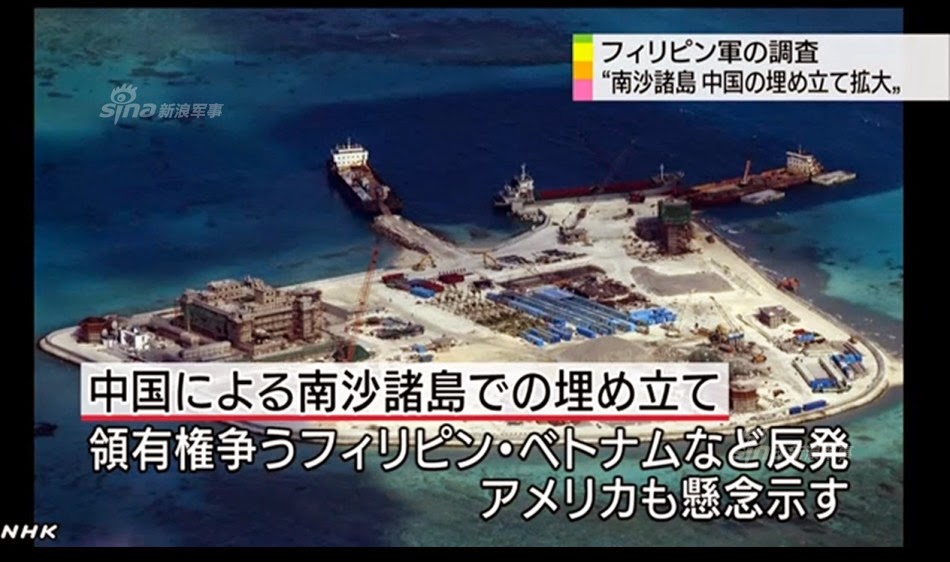 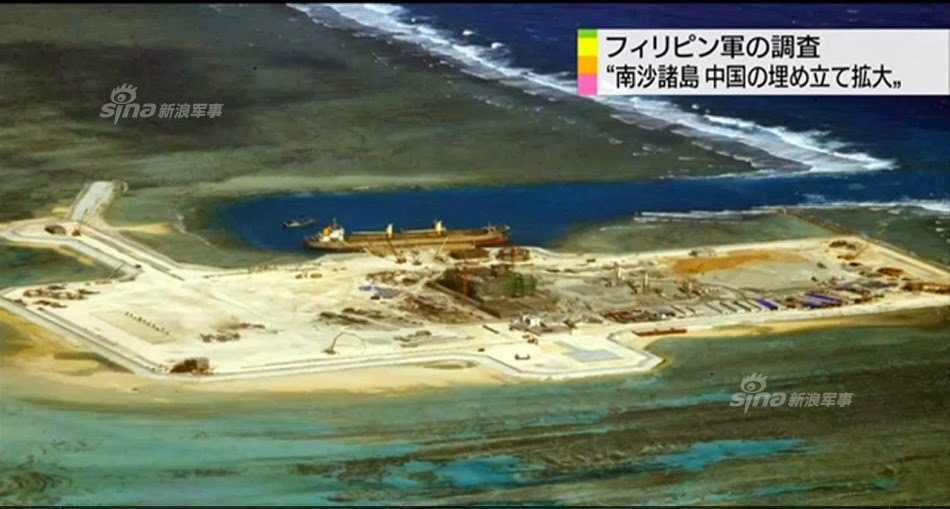 BEIJING (Reuters) - China's foreign minister on Sunday defended his government's controversial policy of reclamation on disputed isles in the South China Sea which has sparked regional concern, and said Beijing was not seeking to overturn the international order.

Last year, Chinese President Xi Jinping tried to set Southeast Asian minds at ease over the country's ambitions, but Beijing's reclamation work in the Spratlys underscores its drive to push claims in the South China Sea and reassert its rights.

China claims about 90 percent of the South China Sea, displaying its reach on official maps with a so-called nine-dash line that stretches deep into the maritime heart of Southeast Asia.

Vietnam, the Philippines, Malaysia, Brunei and Taiwan also have claims to parts of the potentially energy-rich waters that are crossed by key global shipping lanes.

The work on the islands has become possibly the most visible sign of Xi's more muscular form of diplomacy, even as he promises more than $120 billion in funds for Africa, Southeast Asia and Central Asia.

Speaking at his annual news conference on the sidelines of the on-going meeting of parliament, Chinese Foreign Minister Wang Yi said China was undertaking "necessary" construction that was not aimed at any third party.

"We are not like some countries which have carried out 'illegal building' in other people's home, and we won't accept unwarranted remarks about work on our own home," he said, in apparent criticism of building by some other claimant states.

China's hardline stance has stoked fears in Washington, Tokyo and some Southeast Asian capitals that Beijing is increasingly trying to play by its own rules and ignore international norms, as Xi seeks a global position commensurate with China's new economic power.

Wang said he believed that the current system needed to be updated rather than overturned, to give more say to developing countries, comparing the international order and system built around the United Nations to a big boat.

"Today we are in this boat, together with more than 190 other countries. So of course we don't want to upset the boat, rather we want to work with other passengers to make sure this boat will sail forward steadily and in the right direction."

Posted by Coatepeque at 9:04 PM