or 27th overall, if the first pair of Type054 are counted.

DALIAN, Jan. 12 (ChinaMil) -- The new guided-missile frigate Rizhao (Hull 598) joined a destroyer flotilla attached to the North China Sea Fleet of the PLA Navy on Jan. 12, with the commissioning and naming ceremony held at a naval port in Dalian, north China's Liaoning province on Friday.

The ceremony began at 10:00 a.m, Wang Jianwu, commander of a destroyer flotilla attached to the North China Sea Fleet, announced the commissioning and naming order, and presented the ensigns of the PLA and the PLA Navy and the naming certificate to the new frigate.

Launched in April 2017,the 140-meter-long and 16-meter-wide frigate Rizhao, with a full displacement of over 4,000 tons, is developed and built by the Huangpu Wenchong Shipbuilding Company under China State Shipbuilding Corporation (CSSC).

As a new member of the Type 054A frigates family, the Rizhao is equipped with advanced weapon systems and capable of attacking surface ships and submarines independently or in coordination with other naval forces.

The frigate is named after the city of Rizhao in Shandong Province. 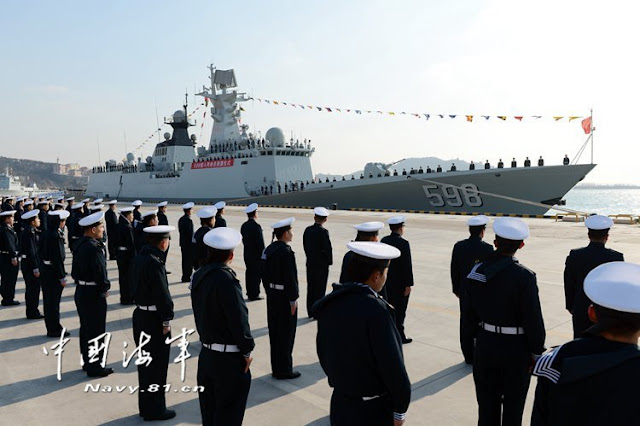 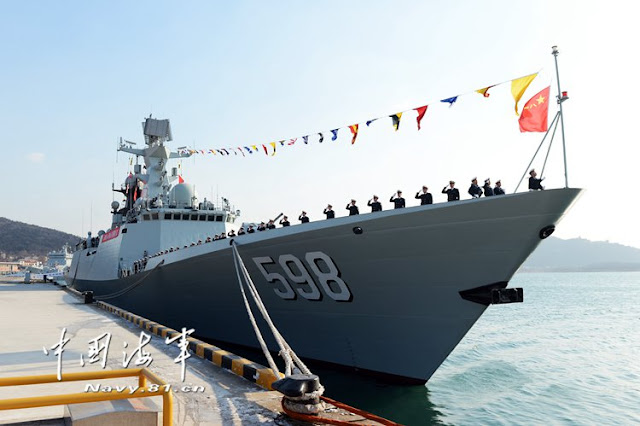 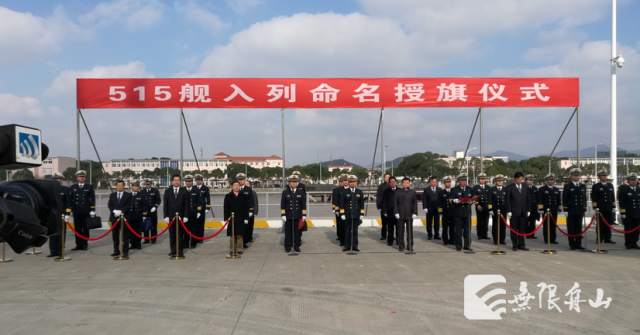 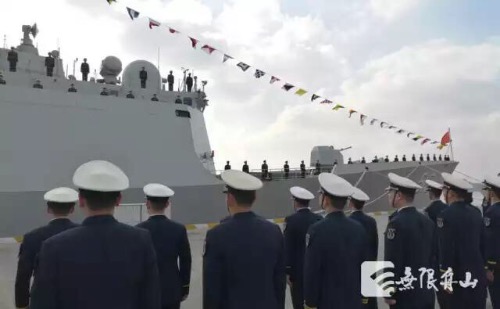 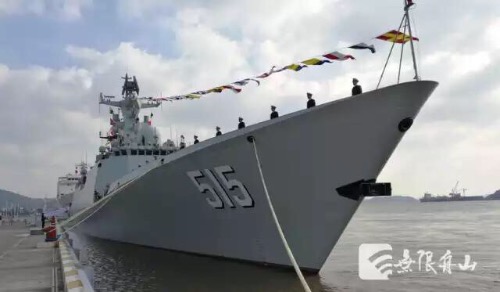 - The 25th Type 054A finished the first time sea trials 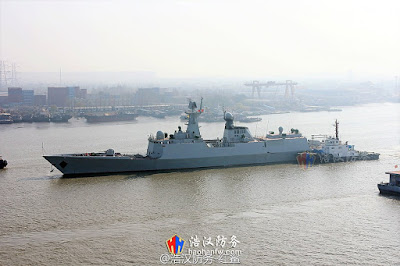 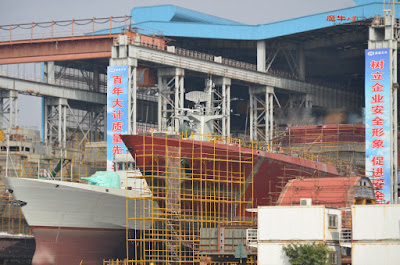 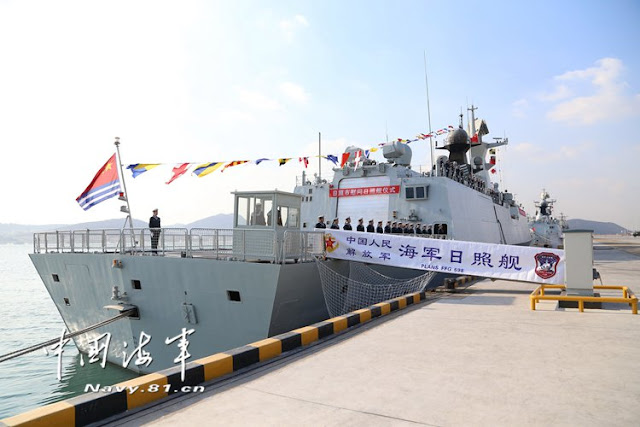 Posted by Coatepeque at 5:40 PM