Li believed that it was possible the Liaoning could carry training personnel from China's second aircraft carrier for them to study and gain experience.

Taiwan's defence authorities on Friday said in a statement on its website that the Liaoning passed the west side of the Taiwan Straits on Friday, after indicating on Thursday that Liaoning left harbor and was expected to embark on a long-distance voyage.

The Taiwan military source said that the Liaoning was accompanied by Type 052C destroyers the Zhengzhou and Jinan, Taiwan's chinanews.com reported.

A J-15 fighter jet took off from the Liaoning on Wednesday to conduct training, according to Modern Navy, the official magazine of the Chinese navy, on its WeChat platform.

Chinese mainland military did not announce the event, probably as the "cross-sea area" training exercises of the aircraft carrier and its naval formation have been normalized, Li said.

The Liaoning conducted three cross-sea area training exercises in 2013, 2016 and 2017. Passing the Taiwan Straits is not strange for the aircraft carrier and its naval formation, Li stressed.
Li said that this time the Liaoning might go through Miyako Strait to complete another circle of Taiwan. 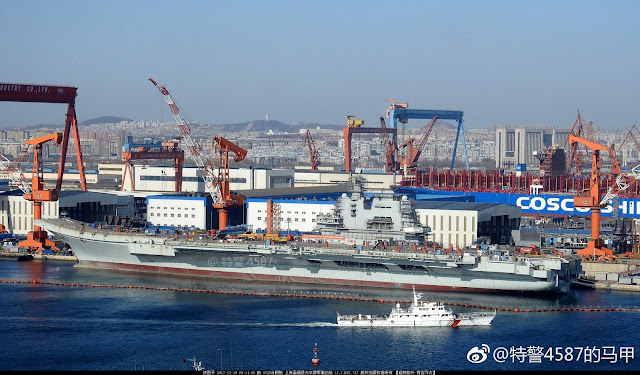 According to the PLA Daily, CV17 Shangdong is expected to start blue-water trials soon.  Judging from Grangbin's photos below, it is likely to be the case. 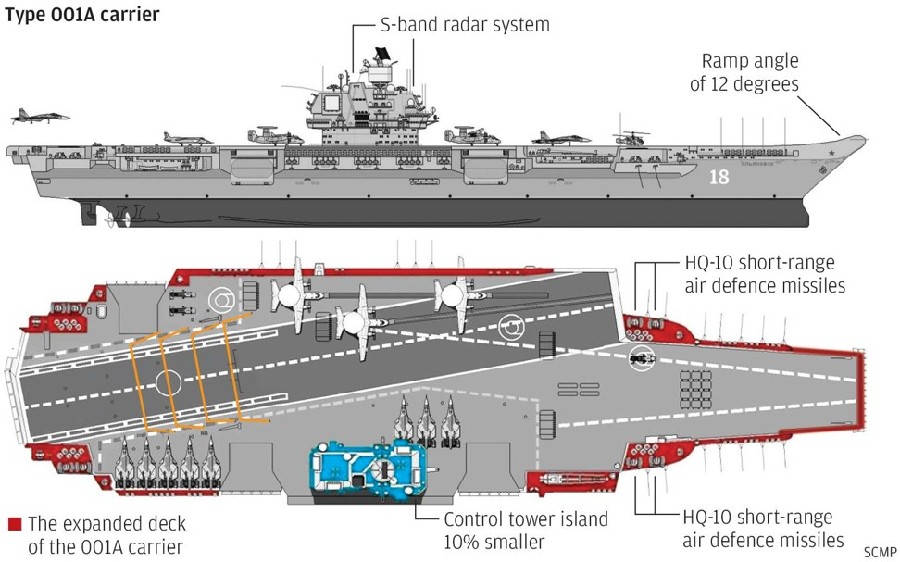 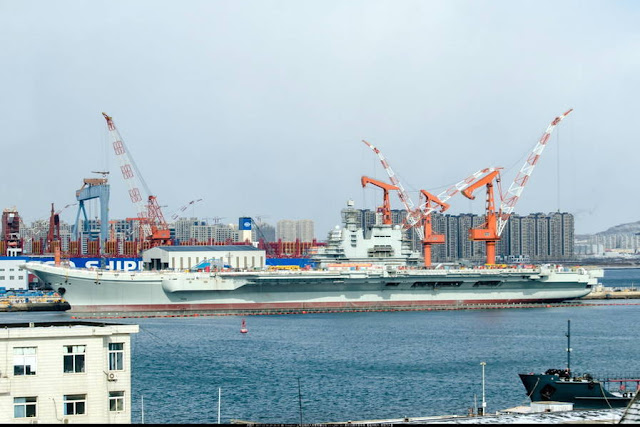 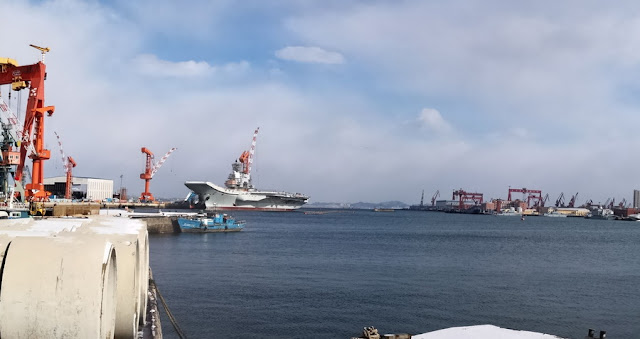 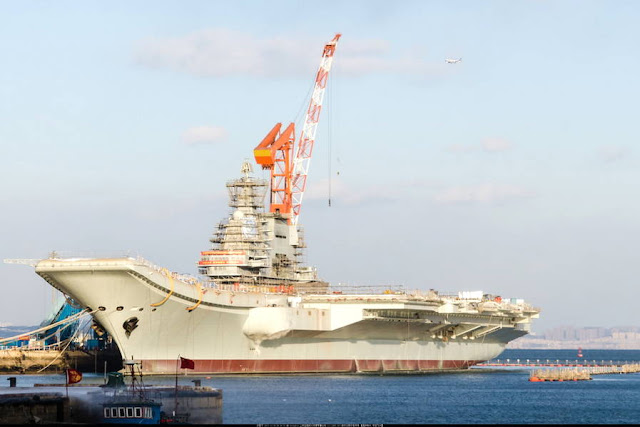 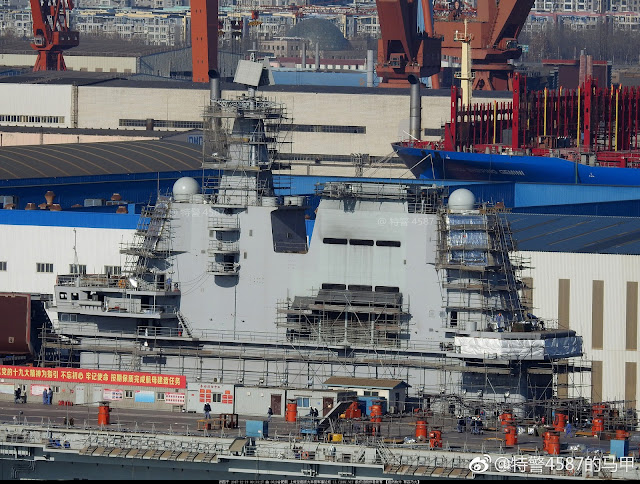 Posted by Coatepeque at 5:45 PM