On May 10, 2009, I posted the following rant about Pakistan army's Al Zarrar MBT.

Apparently, Pakistan Army did not take the lessons learned by the US army in Iraq and Sri Lankan Army’s operation against Tarmil Tigers by protecting its AFV with an anti-RPG layer of metal-frame such as US Army’s Strykers’s "slat armor" implementation. Metal-frame provides some protections against HEAT projectiles as these would detonate away from the main body.

Since most of Pakistan army’s equipments have Chinese origins, it will be interesting to see how well they perform in combat.


Looks like they learned their lessons and added a metal-frame around their Chinese MBTs in addition to other "structure improvements" such as an overhead cover (I know, I hate fighting a war under the sun too, all those sweat really mess up my hair, ding, now I have to do my nails again) 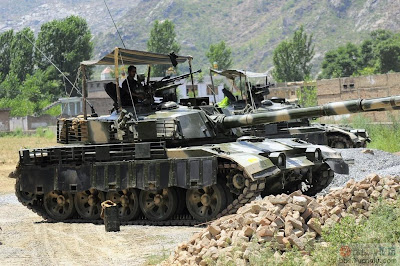 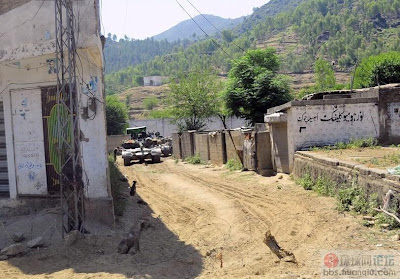 Hi Xinhui, I think the overhead covers act more than just a sun-screen. In urban environments, they also hides the commanders from snipers.

Interesting tactic, I did not know what. Thanks