June 24th 2009 marks the first goodwill visit to China by a Vietnam’s People Navy (VPN) task force composed of two minesweepers. Led by the deputy chief of staff, the task force visited the HQ of PLAN’s South Sea Fleet at Zhanjiang after the completion of the 7th joint Sino-Vietnam South China Sea patrol.

Ironically, the joint patrol occurred during a recent fishery dispute when Vietnam issued strong protest against a Chinese imposed fish ban as reported by BBC (Here) Of course there are still issues to be addressed but it seems they are working on diplomacy as both step up patrols. The joint patrol allows the VPN to enforce the fish ban and while avoiding sensitive and possibly poisonous issues of sovereignty on disputed territories.

Speaking of which, the USS Impeccable and Victorious ignored such fishing ban while trolling for "large steel" fish.

http://news.bbc.co.uk/2/hi/asia-pacific/7941425.stm
The tensions have been stoked by rival claims to parts of the South China Sea.

China has been enforcing an annual fishing moratorium since 1999 in order to conserve stocks, but this year's has been seen by many as extremely tough.

There are increasingly open calls in Vietnam for the government to "stand our ground" in territorial matters.

But with the latest message, it seems Hanoi prefers to attempt a diplomatic resolution for the time being. 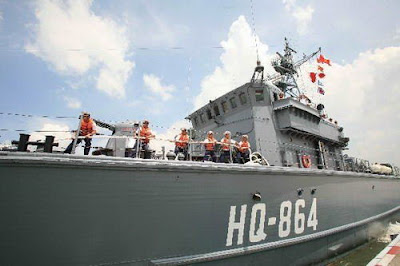 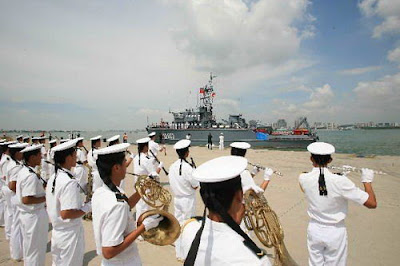 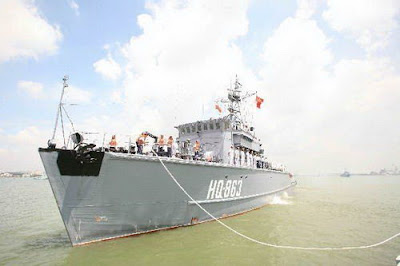 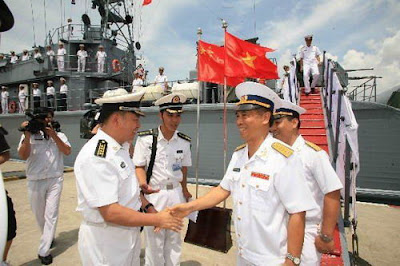 To recap, I posted the following back in March 16th.

Red Capitalists of the world UNITE!

With all those excitement surrendering the recent "routine operations in international waters" according to Washington or "like a spy" according to Beijing, the recent warming of Sino-Vietnam relations seems to be overlooked. Both governments (and Republic of China as well) issued protests against Philippine’s recent Baseline Bill (Here). In their view, the bill upsets the 2002 ASEAN agreement on South China Sea Declaration on the Conduct.


Recent major Sino-Vietnam related events I am aware of:

To today’s shocker of (Here) "to advance the Vietnam-China comprehensive strategic and cooperative partnership" by Pham Quang Nghi. Not sure I know what is that statement means in real life and I do understand one has to be careful when reading government’s PR release. However, they seems to be friends, a major far cry from 30 years ago.

LOL, a good one, I guess that is one way to look at it.