They Sure Don't Make Them Like They Used To

Thank you DOR for this heads up; tonight, the Foreign Correspondents' Club of Hong Kong kicks off the 60th Anniversary of moving here (from Chongqing, Nanjing and lastly Shanghai). Founded in 1943, the club has the distinction of being the only venue in which the leaders of the KMT and CCP (Chiang and Mao) were photographed together, in 1946. 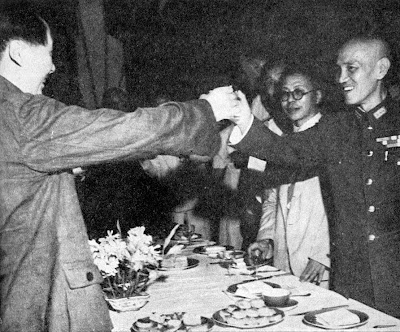 In case you wonder, this is how their grandson/great grandsons turned out:
Chiang Demos , a noted womanizer, now designs covers for PS3 Games. Mao Xinyu is now a Major General with the PLA, in charge of a desk, become a standard internet joke. 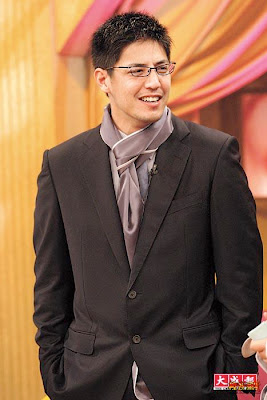 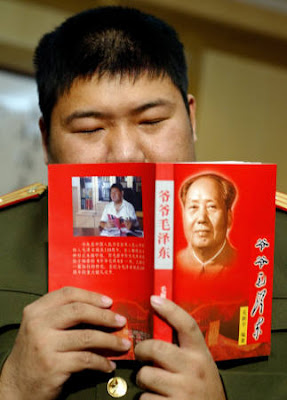 I can imagine what family dinner table lectures must be like in both the Mao and Chiang families: Son, when I was your age, I was fighting those Japanese devils all by myself, with no help from those damn Yankees and Ruskis and that commie-bandit/nationalist traitor who pretended to be in the war with me, I might add. Look at your now, you, and your IPod and your fancy cars, aiyiyi, when I was leading the Long March/Northern Expedition, I was barefooted and walked uphill both ways, in the snow! You don't even know why your mother is so upset, kids now-a-day.
Posted by Coatepeque at 2:49 PM