A recent photo release of a J-7G(2?) sporting a new WP14 (Kunlun) engine and pilots wearing Tk-14 helmets (with helmet mounted sighting units removed) is noteworthy; it might be signaling that the PLAAF’s journey down the path of equipment consolidation is nearing its goal, especially for its second line fighters such as of J-7 and J-8. All the later models of J-7 and J-8 having the same type of engine and Short Range Air-to-Air Missile (SRAAM) might seem logical, but is complicated by the PLAAF’s long history of dependence on foreign technologies and frequent geo-political shifts. This has resulted in islands of technologies from different origins, American, Soviet/Russian, British, French, Italian, and Israeli, just to name a few.

The WP14 ( Kunlun ) turbojet engine is a two-shaft turbojet engine with three compressor stages now powering both the J-7 and the twin-engine J-8. It was described as “the first jet engine to be designed and developed entirely in China ” during it was first public display at the 2002 China Airshow. The J-8D was the first Chinese fighter to be equipped with the WP14, since installed in all follow-up J-8 models such as the F and H. Now, the J-7G is being refitted with the WP14, which makes it the single engine for both types of aircraft, thus greatly reducing the quartermaster’s workload. The WP14 took 20 years to develop and while it is not state-of-the-art by any means, inside China the project is regarded as a major milestone for its domestic aircraft engine program.

The predominant PLAAF SRAAM is currently the PL-8 for fighters such as J-7, J-8 and J-10 (and FC-1). However, since the 1989 Paris Air Show, China ’s Luoyang Electro Optical Center has been marketing the capable PL-9C SRAAM with technologies imported from the Russian AA-11 Archer. This is equipped with an advanced seeker that offers a 60-degree off-bore-sight capability in addition to a helmet mounted sighting system that tracks pilot head position in order to target weapons. It has been a mystery why the PLAAF never adopted the PL-9C in large numbers but continues to improve existing stocks of PL-8s. Part of the reason might be that the PLAAF does not want to field three different types of SRAAM (PL-5, PL-8, PL-9). Also, most of the PLAAF radars are based on Israeli designs; for example, the J-7G’s KLJ-6E radar is based on Elta EL/M2001 radar. The PL-8 used with it is based on Israeli’s RAFAEL Armament Development Authority’s Python-3 missile, while there might be problems integrating the Russian-based PL-9 with an Israeli-based radar. This is not only an issue with the J-7, as later models of the J-8’s KLJ-1 radar are also based on Israeli Elta EL/M 2035 multi-mode pulse Doppler radar. Finally, in 2004 the PL-8B’s seeker was reported to have helmet mounted sighting capabilities and the recent photos confirm this development, which may also explain the PLAAF’s decision not to adopt the PL-9.

Having a smaller set of equipment to support reduces the PLAAF’s logistical complexity and allows greater flexibility in deployments. 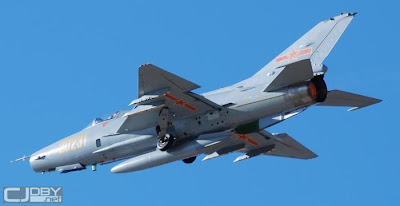 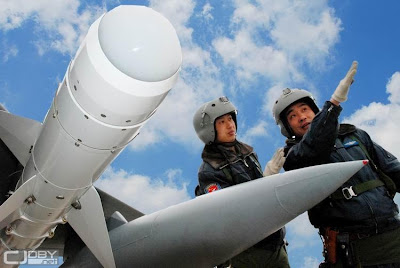 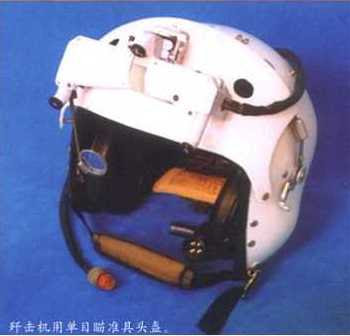 Another PR photo of a Tk-14 wearing J-7G driver. 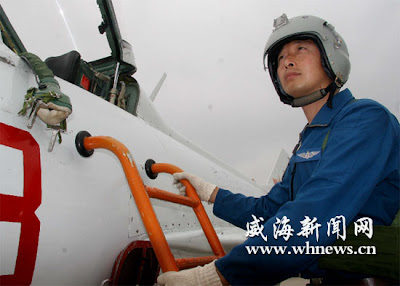 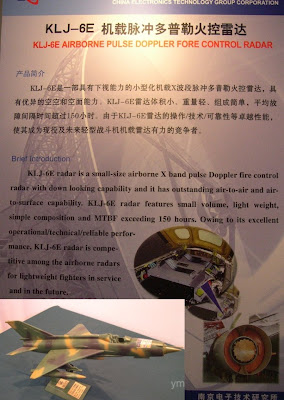 A pair of J-7G from PLAAF's 37th Air Division (Xinjing) 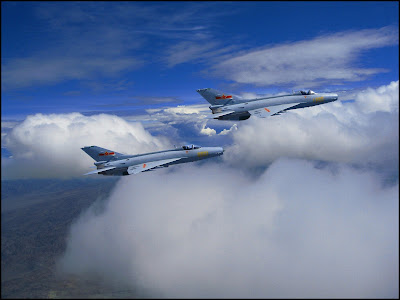