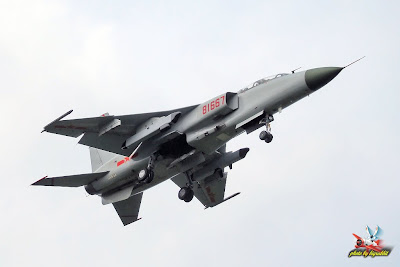 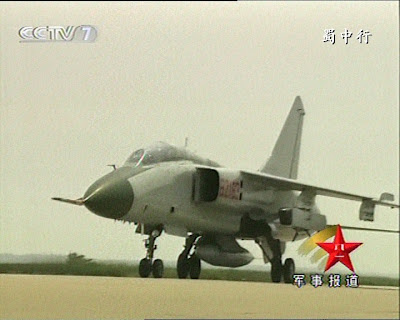 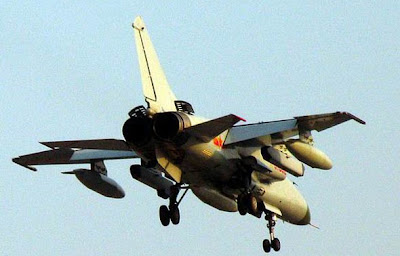 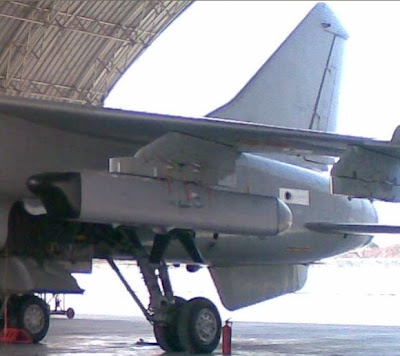 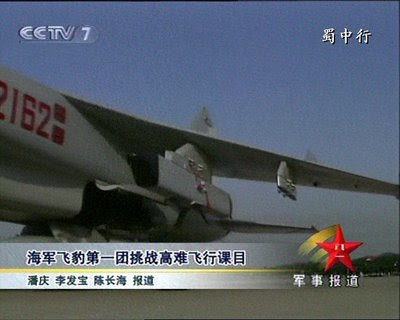 Posted by Coatepeque at 3:03 PM

judging from the over-wing fences and the single large under-fuselage stabilizing fin shown in the picture that was a JH7, an early model only in service with PLAN