China to Speed Up Fighter Jets for Pakistan

Recently, there have been articles all-over-the-place regarding the Sino, US, and Pakistan relations. In addition to the misinformation (one recent article cited the total aid to the Pakistan flood as 28 million, the reality is more than 250 million here  and the deployment of four S&R helicopters here)
Most of the articles are so native they are entertaining.   Than  again, why let facts get in the way of a "good analyses".


Here is an example of an "politically fueled" write up -- one should not draw a conclusion based on an on-going jet project to a complex geo-politic theater of South Asia.   It is advised that not to confuse public display due to internal pressure vs long term geo-political reality on the ground.

BEIJING—China has agreed to provide 50 more JF-17 fighter jets to Pakistan on an "expedited" basis, a spokesman for the Pakistani air force said, one of the most concrete illustrations yet of how China could fill the vacuum if the U.S. scales down its aid to Pakistan following the raid that killed al Qaeda leader Osama bin Laden.

The agreement to accelerate supply of the jointly developed jets, the first 50 of which are being assembled in Pakistan, came as Pakistan's Prime Minister Yusuf Raza Gilani held talks in Beijing during a visit that he has used to portray China as an alternative source of military and civilian aid.

The air-force spokesman, a high-ranking officer who declined to be identified by name, said the deal had been reached during Mr. Gilani's four-day visit to China, which concludes Friday following a meeting with Chinese President Hu Jintao.

"We're getting the 50 jets, on top of the ones we already have. Something has been agreed in Beijing, so they'll be expedited," he said, declining to give further details.

Mr. Gilani's visit was arranged long before bin Laden's death raised questions about Pakistan's efforts to hunt down the al Qaeda leader, and the trip is ostensibly to mark the 60th anniversary of bilateral relations on Saturday.

But as political pressure mounts in the U.S. for a review of aid to Pakistan, Mr. Gilani has used his visit to highlight his country's long and increasingly close relationship with China, which he described Tuesday as Pakistan's "best friend".

The JF-17 is a potent symbol of the two countries' friendship, and a key part of Pakistan's plans to upgrade its aging fleet of American-supplied F-16s and French-made Mirages and to try to match the air power of neighboring India—its arch rival.

The U.S. has repeatedly delayed delivery of F-16s to Pakistan, and has insisted that they not be used against India, with which Washington is now cultivating a strategic partnership to counterbalance Beijing's clout in Asia.

China and Pakistan began developing the relatively cheap multipurpose fighter in 1999 and Pakistan, which has said it wants 250 of them altogether, inducted its first squadron of JF-17s last year, and a second earlier this year.

The air-force spokesman said he did not know whether the second batch of 50 jets would be assembled in Pakistan or delivered whole from China.

He also declined to discuss whether they would be the basic so-calledBlock I models, like the first batch, or an upgraded Block II version, which military aviation experts say could include radar-evading stealth technology—potentially giving Pakistan that capability for the first time.

Questions also remain over the new jets' engines. The first batch were all fitted with Russian ones, but Russian officials have expressed reservations about supplying more of those engines as Pakistan and China have been marketing the JF-17 in many of Russia's traditional markets.

China has been developing its own engine, but it is still undergoing tests, military aviation experts say.

The Pakistani Embassy declined to provide further details about the deal, and a spokeswoman for Mr. Gilani did not respond to repeated phone calls. China's Foreign and Defense Ministries both declined to comment, as did China's air force and the Chinese company which jointly produces the JF-17 with Pakistan.

China has hailed the strength and longevity of the relationship this week, praising Pakistan's efforts to combat terrorism, and supporting its response to the U.S. raid. Wen Jiabao, the premier, said China and Pakistan would remain friends "forever" when he met Mr. Gilani on Wednesday.

However, Beijing's rhetoric has been more reserved than Pakistan's, reflecting a desire not to antagonize the U.S. or India or to become too entangled in Pakistan's domestic and international problems.

Nonetheless, diplomats and analysts say China sees an opportunity in the aftermath of bin Laden's death to enhance its economic and military influence in Pakistan with a long-term view to containing India's rise, and opening new trade routes to Central Asia and the Middle East.

Pakistan's efforts to showcase its close ties with China are causing consternation in the U.S.

During a hearing of the Senate Foreign Relations Committee Tuesday, Republican Senator Jim Risch of Idaho expressed frustration at Mr. Gilani's statement that China was Pakistan's "best friend" despite billions of dollars of U.S. aid over the last decade.

"It just—it just doesn't make sense...Because, frankly, I'm—I'm getting tired of it, and I think Americans are getting tired of it as far as shoveling money in there [to] people who just flat don't like us," he said, according to a transcript.

At a hearing of the House Foreign Affairs Committee last week, Congressman Michael McCaul (R) of Texas raised particular concern about whether U.S. military aid had been diverted into the JF-17 program.

Write to Jeremy Page at jeremy.page@wsj.com 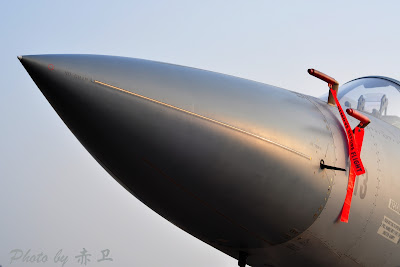 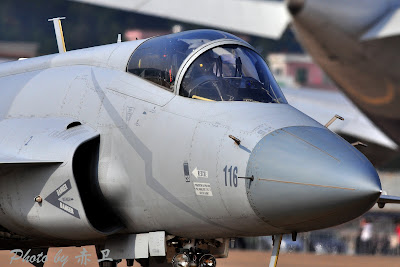 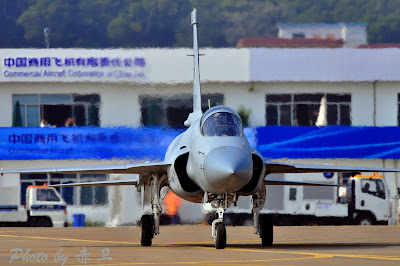 Posted by Coatepeque at 1:44 PM

Wow airplane so amazing i like it. keep it up.Lovegra Online