A follow up on the ROC-PRC Joint Maritime Initiative

The initial blog entry on the Joint Maritime Initiative (here)


TAIPEI: A Chinese official rescue ship has arrived in Taiwan, making it the first government-owned vessel of its kind to visit the island in more than 60 years, an official said on Sunday.

In the latest sign of warming ties between Taiwan and its former bitter rival China, the 5,000-tonne Dong Hai Jiu 113 sailed from China's southeastern Fujian province to the island's central Taichung harbour Saturday.

"The port call is expected to further understanding between Taiwan and the mainland," said Ying Liu-sheng, secretary-general to the Chinese Search and Rescue Association, a Taipei-based civil body and the host of the trip.

Closer cooperation is needed as maritime accidents have been on the rise due to increasing traffic across the Taiwan Strait, he told AFP.

The ship -- the first Chinese search-and-rescue vessel to come to Taiwan's shores in decades -- will also visit the island's Kaohsiung port in the south, Hualien in the east and Keelung in the north before it leaves on May 10.

The symbolic visit comes after Taiwan and China staged their biggest ever joint maritime search and rescue drill off Kinmen, a Taiwan-controlled island group near China's Xiamen city, in September last year.

China still considers Taiwan part of its territory awaiting reunification, by force if necessary, even though the island has governed itself since 1949 at the end of a civil war.

But ties have improved markedly since 2008 after Ma Ying-jeou of the China-friendly Kuomintang became president of Taiwan, beefing up trade, inaugurating direct flights and allowing more Chinese tourists to visit the island.

Photos of the Dong Hai Jiu 113 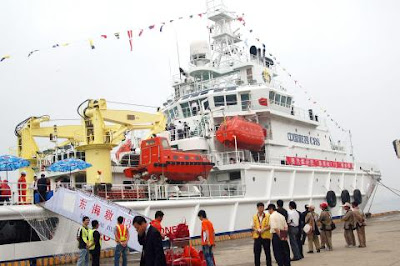 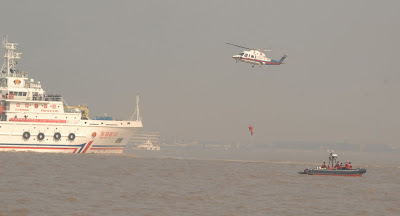 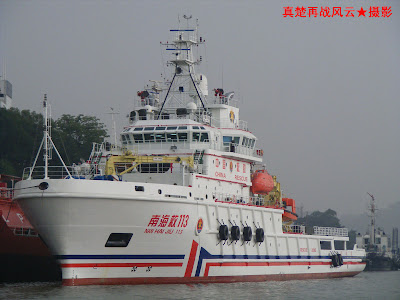 Photos from the joint maritime search and rescue drill off Kinmen conducted on Sept last year,. 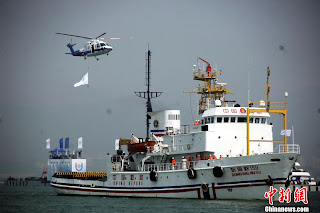 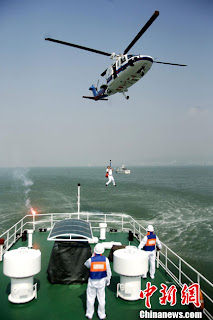 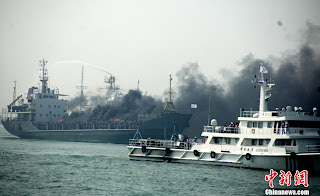 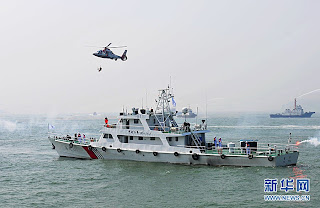 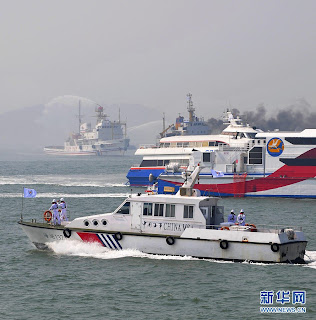 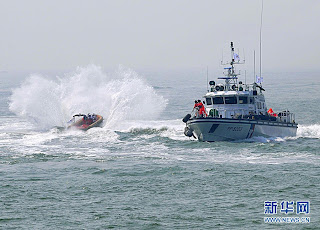 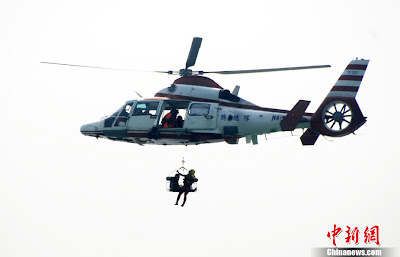 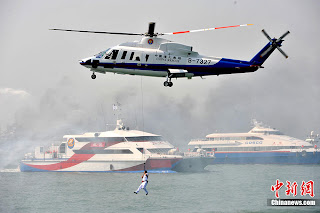 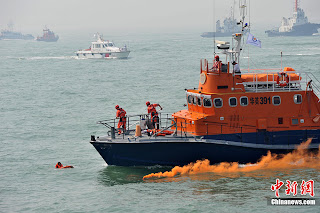