On March 3rd, the PLAN transferred one of its  Shengli class coastal tankers from the East Sea Fleet to the civilian Fisheries Law Enforcement Command (FLEC) (here). It has now entered dry-dock for refit and removal of armaments (2x Type 74 twin 37mm and 2x Type 61 twin 25mm AAA). It is now a civilian ship after all.

As China boosts its civilian maritime patrol fleet, it makes sense for them to add tankers as well. 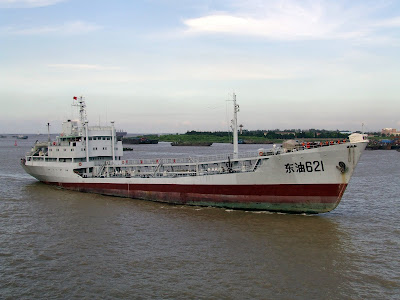 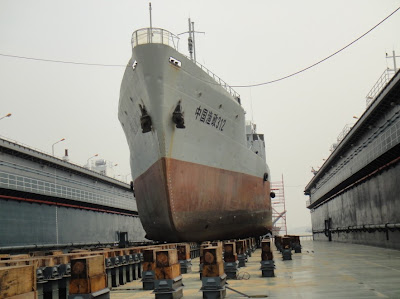 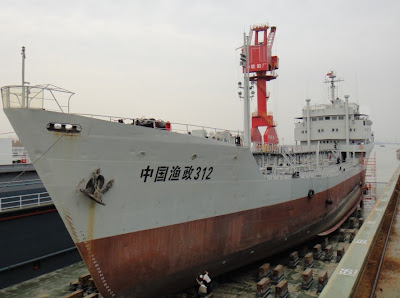 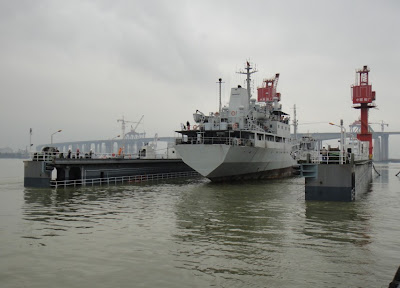 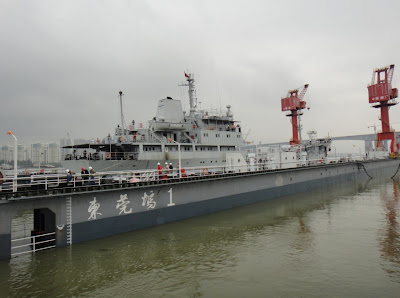 China's ocean monitoring agency says it is adding ships and personnel to beef up enforcement of the country's vast maritime claims.

China Marine Surveillance says it will add 1,000 officers this year to raise staffing to 10,000 and will purchase 36 new ships over the next five years. The official China Daily reported Monday that the agency presently has 300 vessels of all types, along with 10 aircraft.
The paper said the increased capacity is needed to deal with a rising number of disputes involving China and other countries that share overlapping claims to waters and island groups in the South China and East China seas.
The Philippines said in March that it plans to acquire patrol ships, aircraft and an air defense radar system to assert its claims.

Posted by Coatepeque at 2:12 PM