Reads like the portable Type PF-89 FAE in action.

Norinco is marketing a FAE warhead for RPG-7 also

Squad attack changes with adoption of new and special ammunition 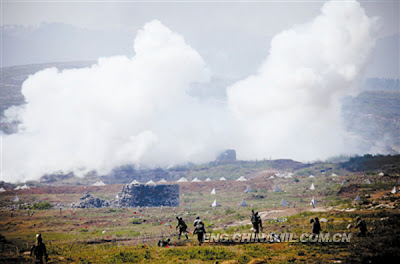 The squad attack is in full swing. (PLA Daily/Liang Zhijie)

An infantry squad under the Jinan Military Area Command (MAC) of the Chinese People’s Liberation Army (PLA) held a live-fire attacking drill on a comprehensive training site on May 16, 2011. With the adoption of new and special ammunition, the squad attack created new scenes.

The combat quality of a squad determines the level of combined operations and even joint operations. On the training ground, the reporters witnessed that when the “enemy” squad fort barred the assault route, a machine gunner named Xia Yadong quickly “spotted” the squad fort of the “enemy” with a red ray. Under the guidance of the flame tracer, artillery fire flew to the squad fort and blew it up in no time. Then, under the cover of cluster rocket smoking projectiles, the squad captured the first trench without suffering any casualties, but in trying to capture the second trench, the squad was frustrated by the fire storm formed by the “enemy’s” squad fort and bunker.

At this moment, two sets of individual soldier rocket shells following the rocket shells made straight for the target and wiped out the “enemies” inside the fort.

Wang Jiping, director of the Military Training and Arms Department of the Headquarters of the PLA Jinan MAC, said that during this drill, each target was attacked with a special method, in a way to make full use of the company’s varieties of ammunition.

At the end of the drill, Li Zhiyong, squad leader, said, “During this drill, the firepower of our single squad is almost equivalent to that of a company used in the past. It’s thrilling!”

By Zhang Huaneng and Zhao Chunyu 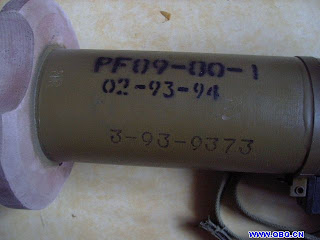 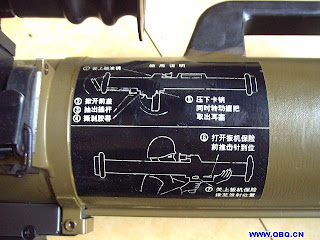 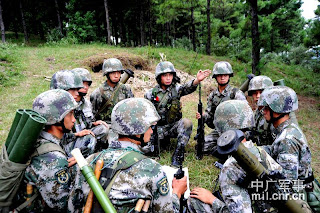 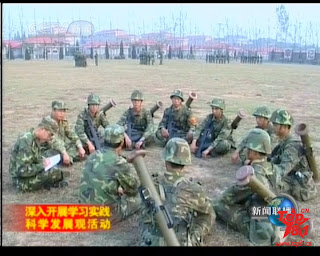