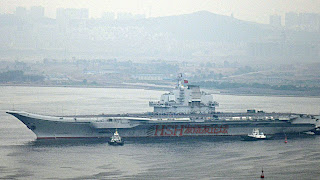 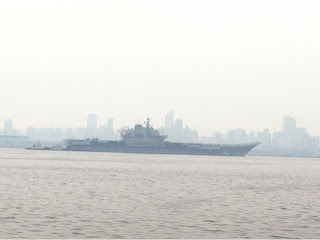 Out for the 8th time.

BEIJING, June 4 (Xinhuanet) -- China’s first aircraft carrier, the "Varyag" has completed its seventh sea trial. This most recent sea trial began on May 23 and lasted for more than 200 hours, and comes only 8 days from the previous one.

Analysts say the recent high frequency of sea trials is a sign that China’s aircraft carrier endeavors have been successful.

A spokesman for the Ministry of Defense said since August last year, China started to send its aircraft carrier on sea trials and is expected to continue a series of scientific research as planned. 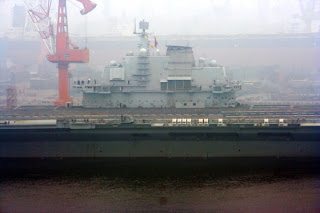 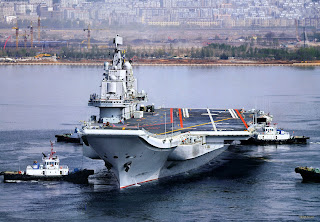 Posted by Coatepeque at 5:47 PM