BEIJING, Aug. 18 (Xinhua) -- An aircraft which crashed in northeastern China's Liaoning Province Tuesday might be a plane of the Democratic People's Republic of Korea (DPRK), sources with China's relevant government department said Wednesday.

The preliminary judgement was based on the situation of the crash site, sources said.

"The aircraft crashed into a civilian makeshift house, leaving no Chinese dead or injured. The pilot died on the spot," the sources said.

China is communicating with the DPRK regarding the issue. 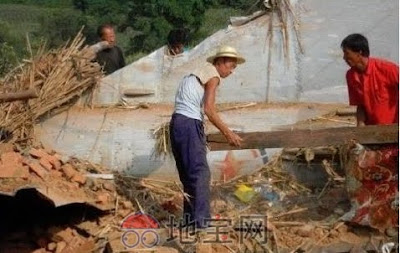 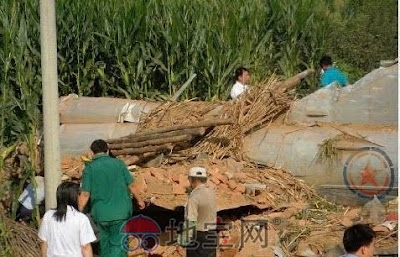 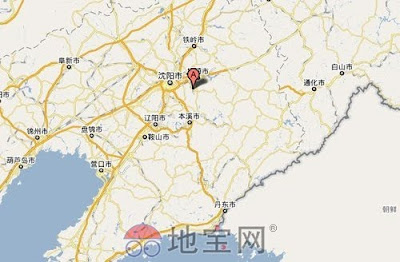 This was on NHK's news tonight. A witness said that the aircraft was flying very low (100 meters) when the engine seemed to fail. The fact that there was no fire indicated to some that the plane had run out of fuel. If the pilot was flying low it might have meant he was hoping to stay under radar till he found a place to land. As it was close to a town, I imagine he thought he could find an airfield or a stretch of highway to put down on.

If he did fly under-the-radar then that would mean he intended to get away without being spotted.

The MiG-21 has short legs to begin with.

Flying it low would consume even more fuel.

What with the landing speed being very high, why didn't he eject when he ran out of fuel?

For me that's the conflicting part - if he simply wanted to escape he would have ejected when his engine flamed out.

He would not have stayed with the aircraft until it crashed.

I don't believe the rumors that he was trying for Russia and landed in China instead - he was going in the opposite direction - North vs South heading.

*Compares map to GoogleEarth*
So the city nearby is Shenyang. It might make sense as a destination airport. Fighter jets fly there every day, and so what if one more shows up and the pilot just parks it and walks away?

Ejecting isn't a "get out of trouble risk free" activity, especially at low altitudes and low airspeeds. Perhaps the ejection procedures aren't drilled into the DPRKAF pilots' training for one reason or another. The pilot here might have been a low-time student who thought he had enough skills to get away with an escape.