That's pricey compared to the $15 million-plus price tag on a U.S. F-16 fighter, a favourite of world air forces.

YANGCUN AIR BASE, China (Reuters) - Four Chinese J-10 fighter jets banked and sported in perfect formation in the blue skies near Tianjin on Tuesday, before executing a neat landing, their braking parachutes billowing out just in front of a viewing stand filled with military attaches.

Many of the 51 attaches, some from Africa and the Middle East, may be future customers for the Made-in-China fighter jet.

So far no other country's air force has the J-10, but China hopes the plane's manoeuverability and price can compete with the U.S. and others in sales to third countries, many of them allies through whom Beijing is courting global influence.

Ever since the early 1990s, China has been working to slim and upgrade its military into a modern fighting force. That means developing fighters for the People's Liberation Army Air Force, and also planes that others would want.

"Yes, we have been given the option of getting this aircraft, and we are studying this option," said Salman Ahsan Bokhari, the Beijing-based air attache from Pakistan, tipped as a potential bulk buyer of the J-10.

"Until this time, we haven't seen it physically flying... It's a good time for all the world's air force to know the PLA has a valuable and important aircraft flying in the skies."

For a graphic: here

Many military analysts watch the Chinese air force for clues to how it would perform in an attack on Taiwan, the self-ruled island Beijing views as a breakaway province and that the United States is obligated to defend.

For China's allies, particularly in the developing world, the issue isn't so much the Chinese forces' performance as it is the hardware itself and the diplomatic strategy behind its purchase.

"We came to see the performance of this J-10 aircraft. I think it's quite impressive but we still have to see how it compares to others in its class," said Derek Mwendaofyo, the Beijing-based defence attache for Zambia, which has historical and mining investment ties to China.

At the moment, the Chinese air force itself is still short of planes, with outside analysts noting Chinese pilots often have less flying time under their belts than Western forces.

The Yangcun base, on a flat plain about two hours drive from Beijing and near to Tianjin, has a ratio of 1.2 pilots to planes, said Yan Feng, commander of the 24th division based there.

"A lot of people look at hours in the air and quality of simulators and China still lags behind," said Matthew Durnin, a Beijing-based researcher with the World Security Institute.

"More importantly, their exercises are carefully scripted and controlled from the ground, which isn't very applicable to actual combat."

But for Pakistan, the geo-political balance between China, the United States, Japan and Taiwan in Northeast Asia is less important than that of South Asia, where it is balancing the Americans' desire for an ally against the Taliban in Afganistan with China's desire for better sea access to the energy-rich Middle East.

It is negotiating with the United States to buy 14 more F-16 fighter planes, Pakistan defence officials said in March after talks aimed at reversing tempestuous ties between the allies.

"In Pakistan we have Western aircraft, French aircraft and Chinese aircraft, so we will be able to see how we can position this in," Bokhari said, referring to possible purchases of the J-10. The Alabama-trained pilot said he wanted to try flying it.

"Price-wise, this is a point which is still under discussion, the main point."

For pilots like Yan Feng, the beauty of the J-10 lies in its manoeuverability, its stability, and its integrated avionics system.

Compared to a J-7 plane, which China has already exported, the J-10 "is like an adult to a child," Yan said.

"As a pilot and a division chief, I am very proud to have J-10 aircraft."

Yan estimated a J-10 cost the PLA Air Force, which he noted is also a consumer, about 190 million yuan ($27.84 million). That's pricey compared to the $15 million-plus price tag on a U.S. F-16 fighter, a favourite of world air forces.

"I believe the vendors know how to put it across to whoever the buyer is," said K Gambo, military attache from Nigeria, who said his country might consider buying from China.

"With good bargaining the price can come down." 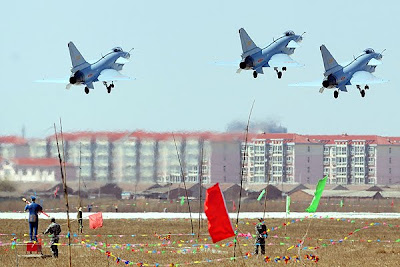 Air Force pilots take off in Chinese J-10 fighter jets for a display over the Yangcun Air Force base of the People's Liberation Army Air Force in Tianjin, home of the 24th Fighter Division, southeast of Beijing. The base is home to the August 1st (Bayi) Aerobatic Team of the PLAAF, named after the founding of the PLA on August 1, 1927. The Aerobatics team upgraded their jets to the J-10 multirole fighter in May 2009 and military attaches from various countries as well as foreign journalists were invited to the base for the airshow. -- PHOTO: AFP 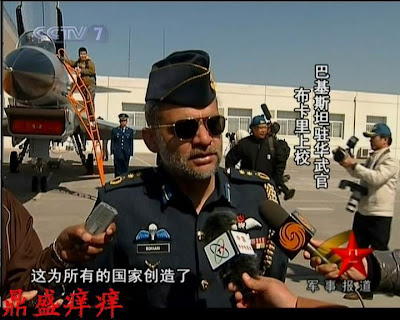 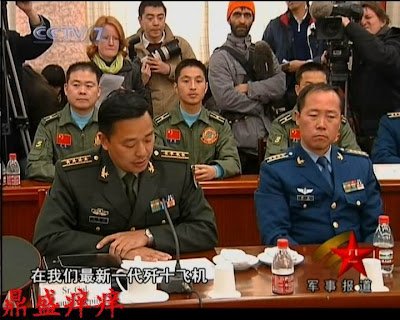 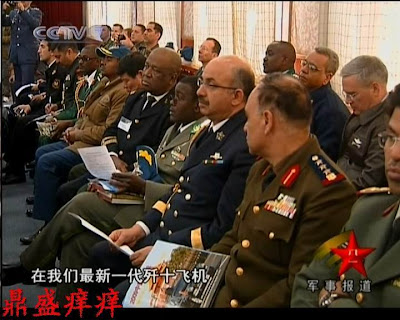 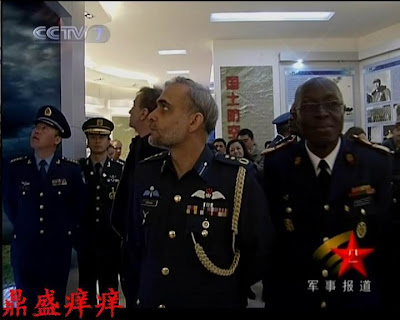 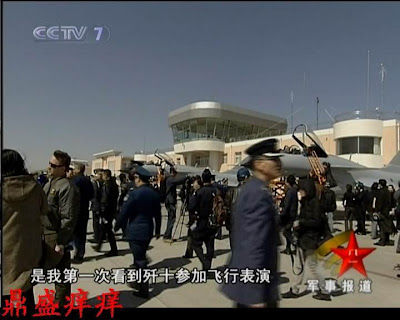 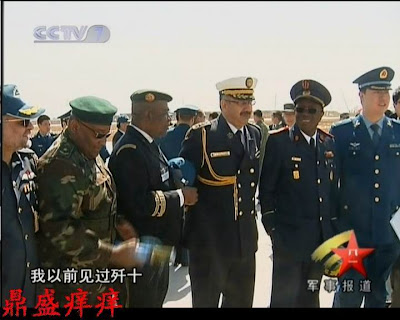 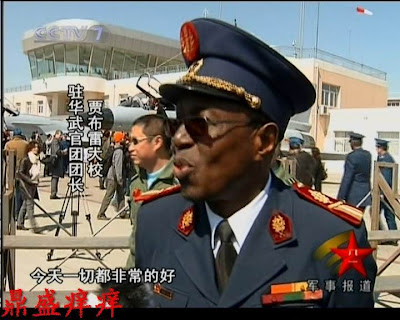 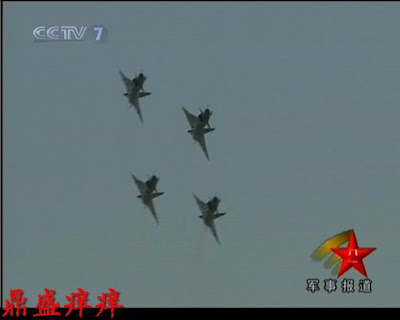 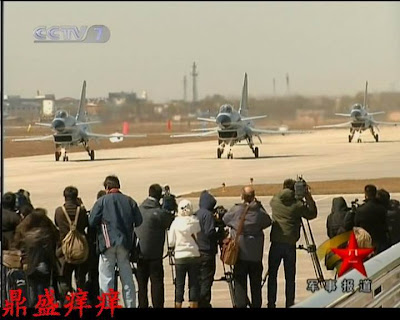 Posted by Coatepeque at 2:31 PM

No, it's $35 million per brand new F-16 Blk 52 Advanced with mission and support equipment, if we go by Morocco's deal.

Now, that kind of price tag, and the vast array of advantages that the F-16 has just puts the J-10 nowhere unless the interested buyer country is a pariah with the west and the F-16 is thus not available in the first place.