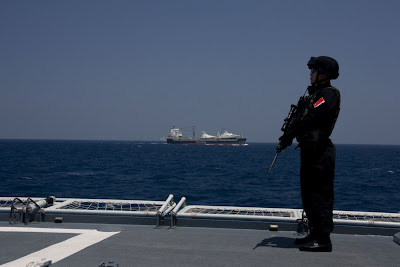 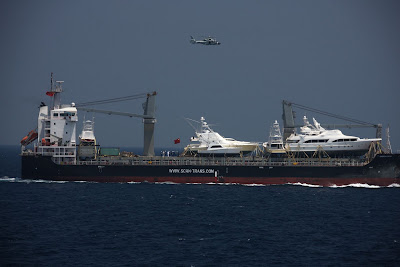 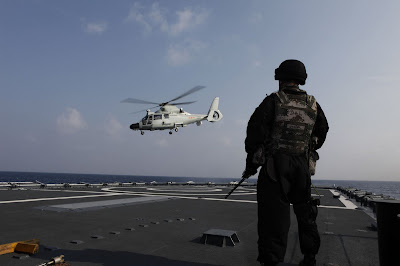 The picture taken on April 11 shows the special operation members of the 5th Chinese naval escort taskforce are taking small boats to head for the merchant ships to be escorted. (Photo by Cao Haihua)

At 9:00 a.m. on April 11, local time, 16 fully-armed members of the special operation team and 2 evidence-acquiring personnel on the “Guangzhou” warship of the 5th Chinese naval escort taskforce of the Navy of the Chinese People’s Liberation Army headed for the four Chinese merchant ships, namely the “Yonghuan”, the “Kongquesong”, the “Longfa” and the “Huaqiang”, to implement on-board escort by taking helicopter and small boats.

As photographers and evidence-acquiring personnel, the reporters of the PLA Daily also boarded on the bulk ship “Yonghuan” under the China Ocean Shipping (Group) Company together with 4 special operation soldiers to implement a 3-day-long onboard escort task.

After boarding on the bulk ship “Yonghuan” , Li Bobin, leader of the special operation element, and the reporters inspected the vigilance area, modified and worked out the anti-pirate plan. The special operation soldiers also gave a lecture to the 25 crew members of the “Yonghuan”on ship-safeguarding and anti-piracy knowledge. 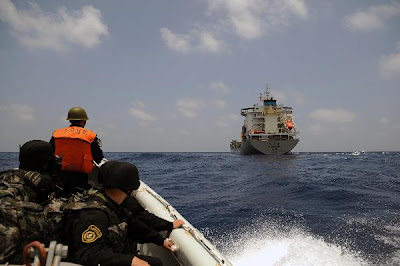 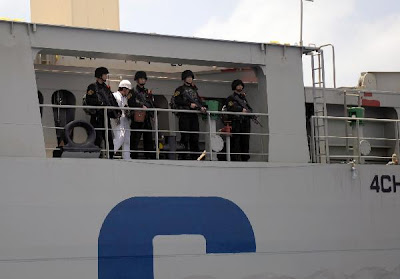 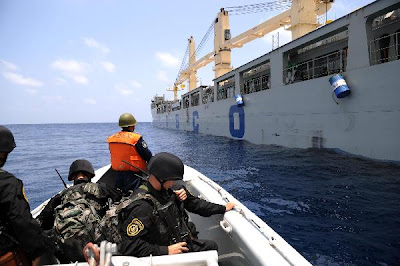 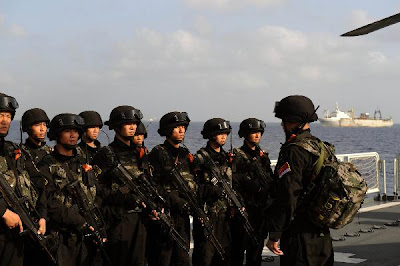 Salute to Army. They just die for us. Yacht Charter Dubai