After seeing Jianghu class FFG, K-8 Jet Trainer and VT1A MBT in the hands of the Burmese military, it is only fair that the United Wa State Army to show off their made-in-China gears at its HQ in Mongpawk township.

The Chinese speaking UWSA commands over 30,000 troops in 5 divisions and has been at war with the Burmese military since 1989. 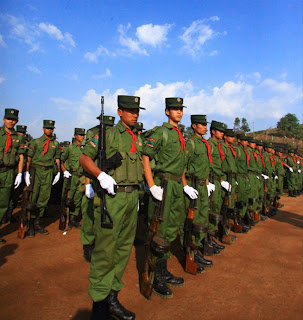 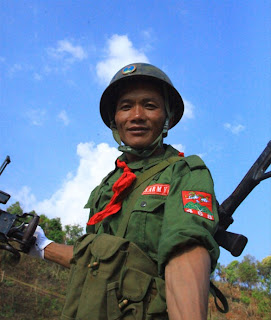 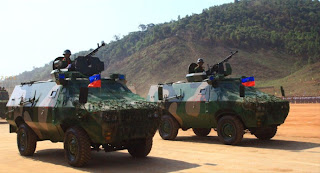 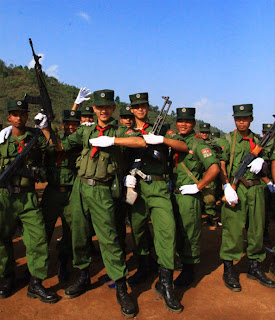 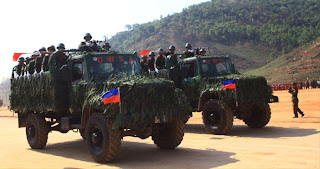 San Khun, deputy director of the UWSA’s External Relations Department said the group was marking 23 years of ‘peace building’ while a military parade is scheduled to take place today.

The UWSA formed in 1989 after the Communist Party of Burma disintegrated, which led to the creation of several armed ethnic groups in the country’s far north.

“April 17 is the day we revolted against the Communist Party of Burma,” said Sai Khun. “We have been hosting sports tournaments including basketball, track and field, and tug of war between different district teams. At night, we have traditional performances and dance competitions.”

The UWSA broke away from the CPB in May 1989 and signed a ceasefire agreement with the central government, which recognised the group’s territory in northern Shan state and its headquarters in Panghsang and Mongpawk.

In 2009, after 20 years of tentative peace, skirmishes broke out between the UWSA and the previous military government due to a disagreement over the creation of the proposed Border Guard Force. The government called for ethnic armies to fall under the Burmese military’s jurisdiction and help police the country’s borderlands.

The resulting fighting caused tens of thousands of refuges to flood into China, which damaged relations between the generals and their northern neighbours.

Posted by Coatepeque at 8:06 PM

ZFB05, that's some new and recent stuff. Though it primarily a PAP rather than PLA equipment with in China though.