"Back in the 60's, I developed a weather changing machine which was in essence a sophisticated heat beam which we called a 'laser'...." 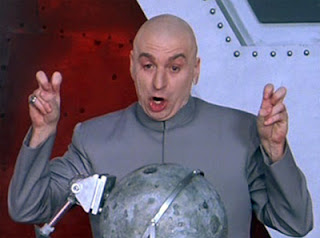 The first national key laboratory on laser propulsion and application of China was officially established on May 7, 2012 at the Beijing Equipment Institute, marking that China has taken a solid step in exploring the research on new-type high-efficiency aviation and aerospace propulsion technology.

Zou Peng, president of the Beijing Equipment Institute, said: “The national key laboratory on laser propulsion and application, which was constructed by the Ministry of Science and Technology and relies on the Beijing Equipment Institute and the No.31 Research Institute of China Aerospace Science and Industry Corporation, is the first laboratory in China devoted to the intersection field of laser and aviation and aerospace.”

According to the briefing, the laboratory owns three scientific and technological innovation teams composed of Academicians from the Chinese Academy of Sciences, scientific and technological leading talents as well as young and middle-aged academic experts. It mainly conducts researches in application basis of laser propulsion, plasma flow control and propulsion technology and flow field diagnosis and status monitoring for flight vehicles and power units, etc.

By Gao Yuan and Zhang Xiaoqi
Posted by Coatepeque at 9:53 PM