Will Republic of China Join the South China Sea Fray?

The unit has been set up under a plan named “airborne fast response and maritime support” which was unveiled for the first time in a report by the ministry to parliament, officials said.

No details of the unit, such as its size, were released to the public, but local media said that if needed, it can arrive on Taiping Island, the biggest in the disputed waters, onboard C-130 transport planes within four hours.

Also on Wednesday, Taiwan’s coastguards said its troops stationed on Taiping will be armed with mortars with a range of 6,100 metres (20,000 feet), nearly doubling the range of mortars currently in use.

The moves come as an increasing number of Vietnamese fishing boats have been reported by Taiwan authorities to intrude into the restricted waters of Taiping.

The number of intruding Vietnamese boats surged to 106 last year, up from 42 the previous year, according to the coastguards, which added 41 Vietnamese fishing vessels had intruded into the waters in the four months to April.

Tensions in the West Philippine Sea have risen recently, with China and the Philippines locked in a maritime dispute over Scarborough Shoal (Panatag Shoal), a reef off the Philippine coast.

The tensions began when Chinese maritime vessels blocked the Philippine navy from arresting the crews of eight fishing vessels which had entered the area.

Taiwan, Vietnam, Brunei, China, Malaysia, and the Philippines claim all or part of the potentially oil-rich Spratlys.

All claimants except Brunei have troops based on the archipelago of more than 100 islets, reefs and atolls, which have a total land mass of less than five square kilometres (two square miles).

Taipei, May 21 (CNA) It is impossible that Taiwan will cooperate with China on issues related to the disputed South China Sea region at present, an official told lawmakers Monday.

"We will not cooperate with China on such issues at present," National Security Bureau Director-General Tsai De-sheng said, when asked on the possibility of Taiwan-China collaboration to address disputes in the region, which is seeing growing tensions.

How Taiwan should respond to any flare-up in the South China Sea was the focus at the Legislature's Foreign and National Defense Committee meeting, during which Tsai fielded many questions from lawmakers across party lines.

Recent confrontations in the region include an ongoing standoff between China and the Philippines that erupted on April 10 over the Scarborough Shoal off the coast of the Philippines.

Asked by opposition Democratic Progressive Party Legislator Chen Ming-wen on whether Taiwan would help China in the event of conflict in the region, Tsai dismissed such a possibility.

"It is impossible at the moment," Tsai said, adding that Taiwan has advocated that disputes over islands in the South China Sea should be resolved peacefully.

Tsai added that countries such as Vietnam and the Philippines have also asked Taiwan not to cooperate with China on South China Sea issues.

Citing it as a sign of Vietnam's growing aggression amid competing claims in the region, Lin urged the government to establish permanent infrastructure on Ban Than Reef, which is near Taiping, to further defend Taiwan's sovereignty.

In response, Tsai said he backed any measure to safeguard Taiwan's territory.

The bureau has also been closely monitoring situations near Taiping recently by taking more satellite images, he added.

Taiping Island is the largest of the Spratly Islands, which lie about 1,600 kilometers southwest of Kaohsiung, southern Taiwan.

The South China Sea region, thought to be rich in oil deposits and marine biodiversity, is claimed either entirely or in part by Brunei, China, Malaysia, Taiwan, Vietnam and the Philippines. 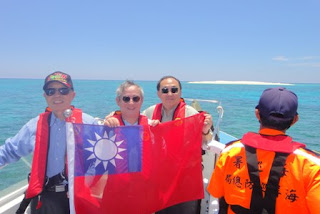 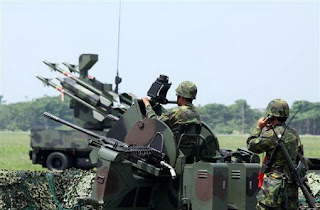 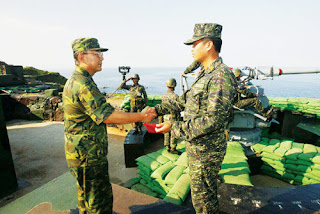 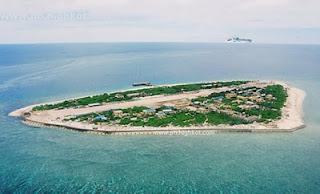 Can you change background color back to white? It is real annoying?