Unlike her LSM 978 she is to be scrapped near pier number 2 at Zhanjiang, the same spot where her sisters of the 2nd landing ship squadron LSM 958 and LSM959 met the same fate in 1998. 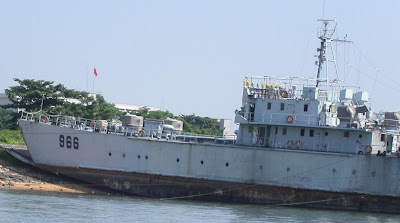 LSM978, a Type079 Yulian class LSM, was decommissioned on January 14, 2010 in a ceremony at the Haikou Naval Base before heading to the Naval Museum in Sanya. (here)

LSM978 was built in January 1980 by the Huangpu Shipyard in Shanghai and commissioned into the South Sea Fleet in January 1981.  It was a rather small LSM by today's standard with a capacity for only 5 tanks or 8 vehicles. 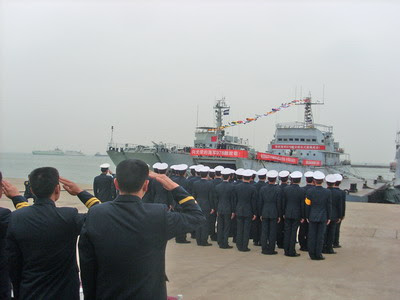 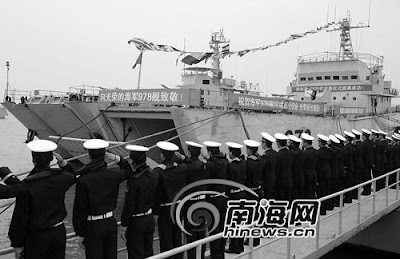 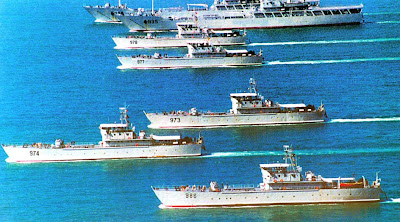 Thank you for the blog background. I am a great fan of your blog. I read it everyday.

thank you for reading our blog

ditto on the background, the brownish one was distracting