More than a thousand paratroopers of the Chinese People's Liberation Army (PLA) Air Force recently held fully armed parachute jump exercises, a type of mission experts said on Thursday can enable large numbers of troops to arrive in locations that are otherwise difficult to gain access to, and they can infiltrate deep into hostile territory.

During the exercises, the paratroopers assigned to a brigade under the PLA Air Force's airborne troops first collected different types of weapons and equipment corresponding to their combat positions, China Central Television (CCTV) reported on Wednesday.

Carrying different equipment of different weight will bring challenges to the jump and control of the parachute in mid-air, Liu said.

This kind of fully armed parachute jump can make sure troops, once on the ground, are well-equipped and have all kind of weapons and equipment at their disposal, a military expert who asked not to be named told the Global Times on Thursday.

Multiple transport aircraft took off and arrived at the designated air zone, and the paratroopers jumped out of the cabin in order, accurately opened their parachutes and formed formations, with the reconnaissance and guidance teams arriving on the ground first to conduct reconnaissance on the battlefield and guide teams into positions.

Paratrooper Zhou Guoyu said on CCTV that the jump this time was made at low altitude, and since so many people were jumping at the same time, they needed to react fast and quickly to operate the parachutes.

Paratroopers in large numbers can arrive in inaccessible locations, like islands and plateaus, the expert said, noting that this will work also in deep infiltration into hostile territories after air superiority is gained.

In a landing mission, besides amphibious assault efforts, paratroopers can also land from the air, adding another dimension to the assault. From there, they can help sabotage hostile defenses and command installations, or seize hostile airfields, the expert said. 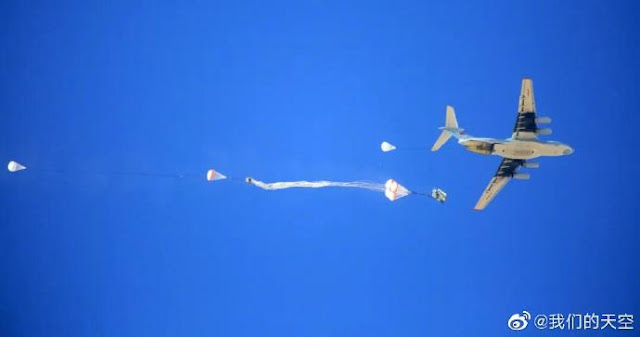 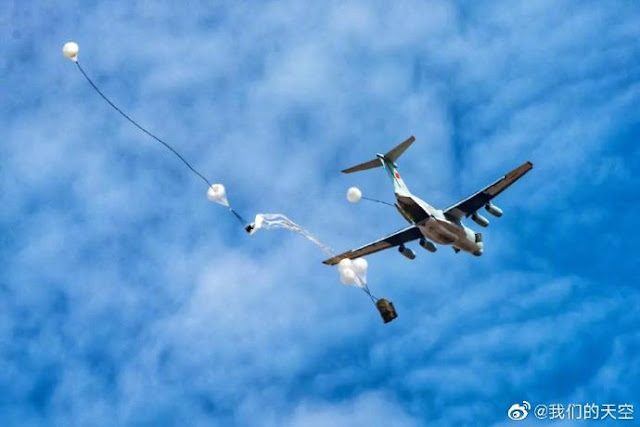 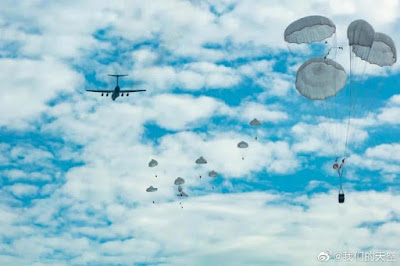 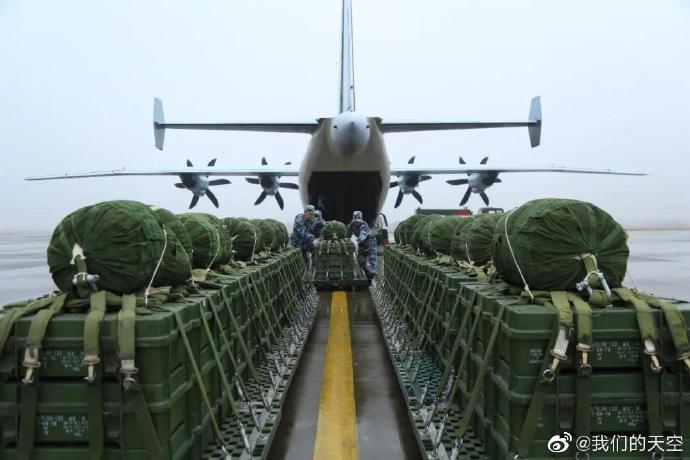 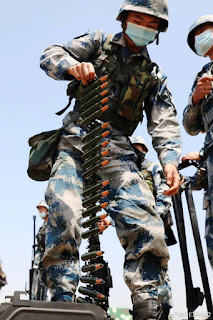 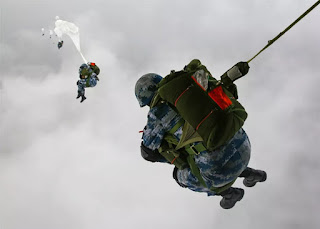 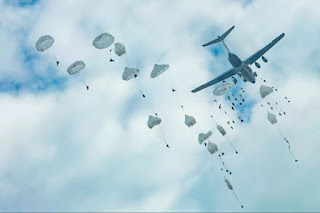 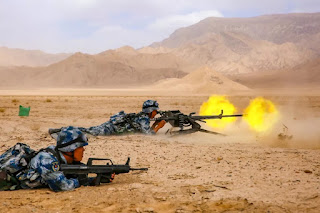 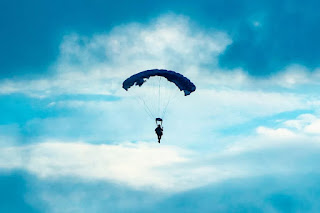 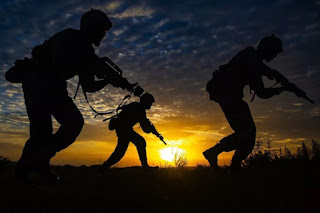 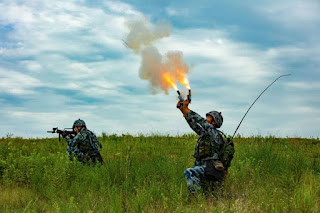 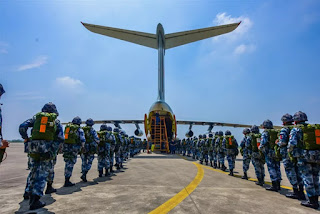 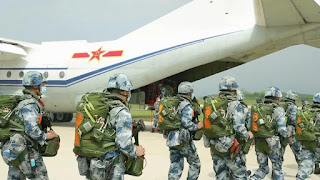 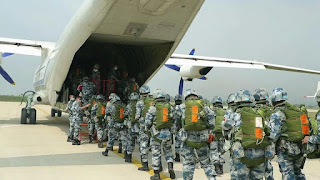 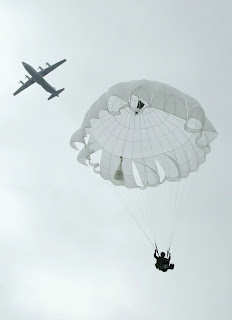 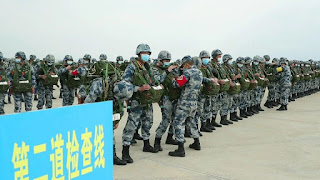 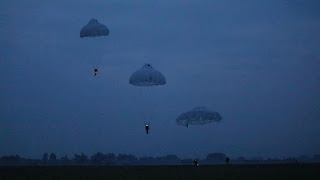 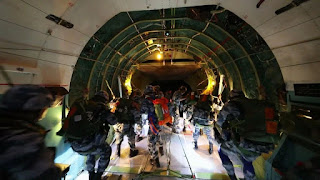 Posted by Coatepeque at 9:32 PM