The PLA is once again sending ill-equipped and ill-prepared troops to handle a natural disaster as was done during the Sichuan earthquake of 2008. Why send a couple snow plows when you have idle troops, brooms and shovels!

While the following photo release by the PLA daily may be good for public relations, it's hardly good use of military might. However, brooms and shovels are preferred over rifles and batons in clearing the streets of Beijing.

The officers and men are running to the main streets of the city proper to clear away the snow.

Recently, Beijing experienced a rare heavy snow. More than one thousand officers and men of a group under the Beijing Military Area Command stationed in Beijing rushed to the main streets of the city proper to clear away the snow, so as to facilitate the travel of the citizens and ensure the traffic open. 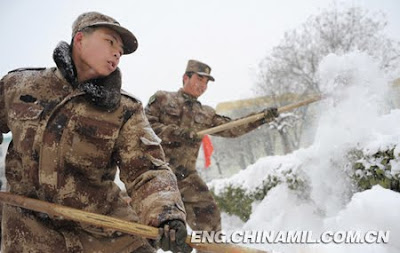 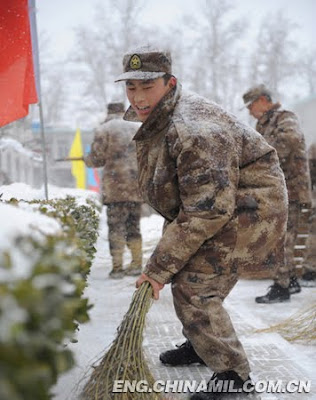 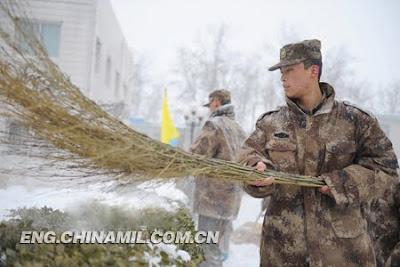 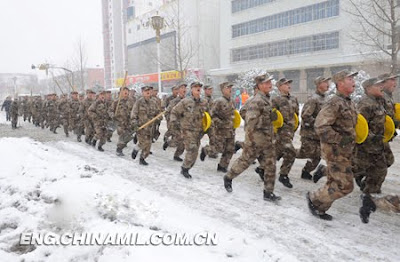 Posted by Coatepeque at 5:27 PM