According to the HKB, Hafei beats the deadline and delivered two Z9WA to Kenya on time*. The deal marks the first export success of the Z9WA Attack Helicopter that has been servicing the PLA Army Aviation and the 15th Airborne Corps since 2005.


* Thank Huitong for the news.

One of the two freshly painted Z9WA ready for Africa 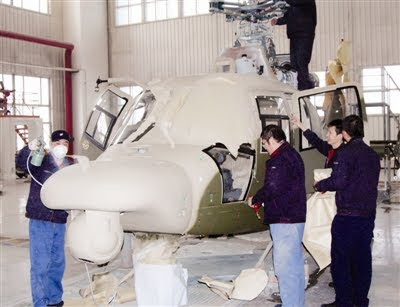 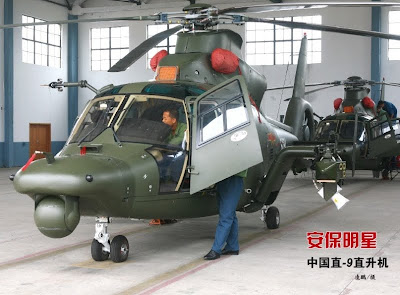 An unrelated news from today's BBC. 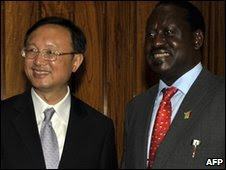 The announcement came at the start of the Chinese Foreign Minister Yang Jiechi's latest Africa tour.

Kenyan President Mwai Kibaki said China has offered to help develop a second port at Lamu which will be connected to Ethiopia, Southern Sudan and Rwanda.

Correspondents said this would provide a route to export Chinese oil from Southern Sudan.

"For Africa to further take off, it is very important to build up the infrastructure so that African countries can conduct intra-regional trade on a massive scale," Mr Yang told reporters.

In November, China's government said it would offer Africa $10bn (£6.3bn) in concessional loans over the next three years.

Posted by Coatepeque at 2:06 PM

Good article. Lots of information. I have bookmarked this blog & article to come again.