It is still unclear which equipment won the State Scientific and Technological Award, but if there is one thing to be certain: The PLA Navy is investing heavily into underwater warfare systems.

At the prize conferring ceremony of China's 2009 State Scientific and Technological Award held in Beijing on January 11, one scientific research achievement in the field of underwater sound environment made by the Naval Submarine Academy (NSA) of the PLA Navy won the first-class National Scientific and Technological Progress Award, symbolizing that China’s study on underwater sound environment and relevant application have entered into the advanced ranks in the world.

The reliance of submarine on underwater sound environment in combat is just like the reliance of ground force on terrain and surface features. Therefore, how to make use of the effect of underwater sound environment to raise concealment performance and combat efficiency of submarine is regarded as a core technology by the Western developed countries all long. The NSA is the only academy cultivating talents for the naval submarine troops and defense and rescue troops and also one of the academies having distinctive features among military academies of the PLA services and arms.

In recent years, the academy has increased the study on submarine combat issues in complicated electromagnetic environment and underwater sound environment by centering on the combat and training requirements of the submarine troops and major theoretic and practical issues in military struggle preparations. The project winning the first-class National Scientific and Technological Progress Award this time is another symbolic achievement won by Professor Da Lianglong in the study on marine battlefield environment after more than 10 years’ unceasing troubleshooting, making major contributions to the leapfrog development of the modernization drive of China’s national defense.

By Guo Xingwei and Liu Jian 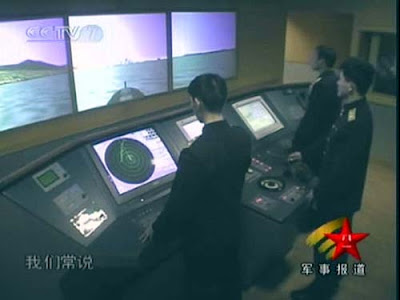 Hi, your blog is amazing. Keep going.
If you want, you can visit my blog.
www.alexs-house.blogspot.com