Sure, they can build a pilotless super-tanker, but can they build an aircraft carrier?


The world's most advanced super-large crude oil tanker will make its maiden voyage from Guangzhou Zhongchuan Longxue Shipbuilding base later this month, according to Guangzhou Daily.

Renowned as "the aircraft carrier" of commercial ships, the 308,000-ton super large pilotless crude carrier "Xin Buyang" is of the largest tonnage in the world, featuring independent technology in research and development, designing and construction.

The deck is 333 meters long, larger than three football fields and the tanker can displace 350,000 tons, three times larger than the U.S. Navy's aircraft carriers.

The pilotless crude carrier, equipped with the most advanced automatic navigation system, can withstand the worst weather on the seas and sail in 60 days around the world. 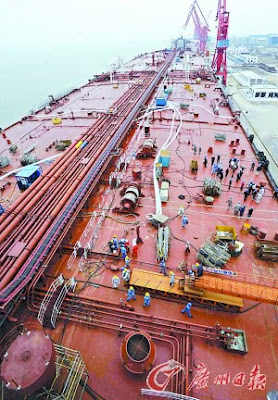 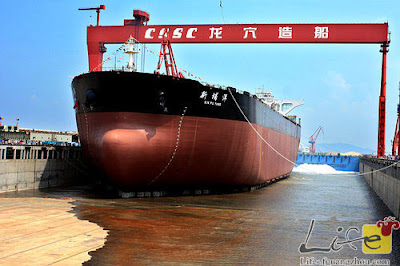 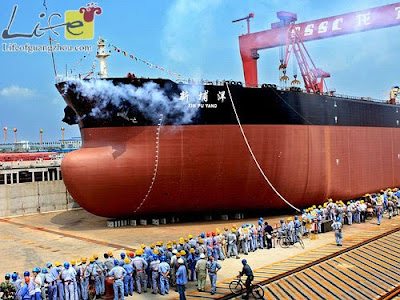 Posted by Coatepeque at 7:30 PM

If countries without much of a commercial ship construction industry can do it, why can't they?

Were were the navigation systems constructed?

Yes they can, but at what cost, that is the question.

Pilotless - as in completely unmanned? Or meaning autopilot...?

The title of "The world's most advanced super-large crude oil tanker" is so vague... What's so advanced about it? =P

Pilotless generally ref to the capability of allowing the harbourmaster to sanction ship movements without a pilot. Remote control

That is really exciting because I saw that new some weeks ago while I was log in Viagra Online and those are so helpful because the navy use them to help people.Buy Viagra Generic Viagra