China will consider sending combat troops overseas at the request of the United Nations, an officer from the Ministry of National Defense said on Tuesday.

"If the UN indeed needs (China's combat troops) and makes a request to us, we will put forward proposals (on this issue) to the government's decision-makers," said Senior Colonel Tao Xiangyang, deputy director of the ministry's peacekeeping affairs office.

But the UN has so far not made any such request to China, Tao said.

He added that China has to be extremely cautious about the issue.

"We will have to take into account our national defense policy, which is defensive in nature, the international community's response, as well as our troops' capability," he said.

Tao was responding to a question by a US marine attach concerning China's peacekeeping missions. Thirty-eight military attachs from 36 countries residing in China visited the ministry's Peacekeeping Center on Tuesday.

While it is uncommon for a defense ministry officer to speak about sending combat troops overseas, it is not the first time such an issue has been raised.

A number of analysts said they saw no need for the country to expand its current peacekeeping responsibilities.

The areas currently in need of peacekeeping are suffering from turmoil at the local level without any serious conflict involved, Beijing-based military strategist Peng Guangqian told China Daily.

"Even if China sends combat troops it won't be of much use, because engineering and medical aid are what the locals need most," Peng said.

Peng said three conditions have to be taken into consideration before China sends its combat troops overseas - a UN request, the real situation in the destination country or region, and the ability of the Chinese military.

China has been consistent in fulfilling its international peacekeeping obligation in an active and responsible manner, Peng said.

"Unlike some Western countries, China does not take advantage of peacekeeping to push national interests in other countries," he said.

Located in Beijing's Huairou district, the Peacekeeping Center was set up in June last year to train peacekeeping troops.

Since 1990, China has sent 15,603 peacekeeping soldiers on 18 UN peacekeeping missions. Nine people died during the missions, including three military observers and six soldiers.

By the end of last month, China had 1,960 peacekeeping soldiers in nine UN peacekeeping missions, including those in Liberia, Congo, Sudan, and Lebanon.

Djakoure, who heads the 200-member military attach corp in Beijing, said foreign military attachs have lots of opportunities for exchanges with the Chinese military.

On a related note, an NCO of the Engineering battalion, 127th Light Mech Infantry Division, Jinan MR lost his life while on UN duty in Sudan, June 3rd 201. 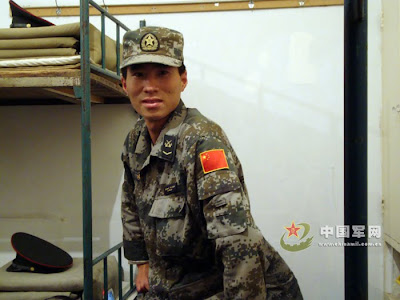 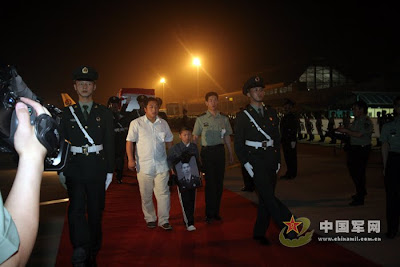 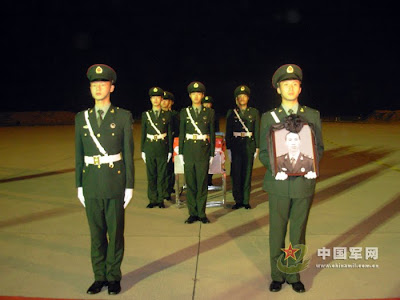