Yet another large scale military drill near China.

But this time it's drawing a completely different reaction from the media when compared to the PLAN's "East China Sea Drill" (here) and the joint US-Korea naval exercise (here).  Both Japan and Taiwan should stage their own -- just to complete the North Asia trend.  And, of course, none of these three military exercises are "directed against any specific country or military-political bloc."

"Incidentally, the Chinese military observers were not invited to all the stages and events of the war games including naval drills.

"They have arrived in Siberia on Saturday and will be present only during land drills in Siberia," RIA Novosti reported quoting Defence Ministry."


Moscow: In one of the biggest show of military might since the collapse of USSR, Russia mobilised 20,000 troops and state-of-the-art weapons in a drill, with President Dmitry Medvedev on Sunday asserting that his country is a "great" naval power capable of defending its interests.

Medvedev watched the impressive drills of the Russian Navy as part of the strategic Vostok-2010 (Orient-2010) wargames from the nuclear-powered "Pyotr Veliky" cruiser sailing in the sea of Okhotsk.

"Russia was and remains a great naval power capable of accomplishing tasks in the problem regions and is ready to defend its interests," Medvedev said praising the servicemen for "displaying high professionalism."

Over 20,000 men and 70 combat aircraft, 1,000 military hardware and 30 warships, including battleships of Black, Baltic, Pacific and Northern fleets, are taking part in Vostok-2010, the biggest ever war games in the Far East on the 'Chinese front' since the Soviet collapse in 1991.

As the supreme commander of the armed forces Medvedev sailed in to the Sea of Okhotsk on board the 'Pyotr Veliky' (Peter- the- Great) cruiser, famous as 'killer of aircraft carriers', Russian media reported.

The president watched how two Kamov Ka-27 helicopters dropped into sea sonar buoys to search in the operation to search and destroy "enemy" submarines.

The wargames began on June 29 and are to conclude on July 28 and involve the Russian military might stationed in the Eurasian part of the country from Ural Mountains, Siberia and Far Eastern military areas.

In the course of the war games Russia for the first time deployed its frontline Sukhoi Su-24M and Su-34 combat jets from the central parts to the far eastern parts 8,000 kms away.

"For the first time ever, we have tested in practice the capability for fighter jets to fly from aerodromes in the European part of Russia to eastern airfields in the Far Eastern district without landing, with in-flight refuelling and the delivery of strikes according to assignments received during the flight," Chief of General Staff, Army General Nikolai Makarov said.

During the six hour non-stop flight the fighter aircraft crew could accumulate experience in mid-air refuelling and going into action thousands of kilometres away from home base, Defence Ministry's Zvezda (Star) TV channel reported.

One of the novelties of the present wargames was airlifting of mechanised infantry from Urals area, without their heavy weapons, which were provided to them on arrival in the 'battle zone' from the reserve depots close to the borders with China.

"It took only six hours to airlift the mechanised infantry regiment several thousand kilometres away, with only light arms.

The loading of their heavy equipment and transporting would have taken up to 48 hours, which is impermissible in case of urgency," Zvezda TV said.

Although ahead of the war games Chief of Russian General Staff, Army General Nikolai Makarov had underscored that the drill is not directed against any country, but experts view them as Moscow's biggest ever exercise to cope with military challenge from China.

"This exercise is not directed against any specific country or military-political bloc. It has a purely defensive nature in ensuring our state's security and national interests in the Far East," he said.

According to him the Armed Forces will practice the deployment of additional troops in Siberia and the Far East to reinforce the existing military contingent in the region in case of a military conflict.

Incidentally, the Chinese military observers were not invited to all the stages and events of the war games including naval drills.

"They have arrived in Siberia on Saturday and will be present only during land drills in Siberia," RIA Novosti reported quoting Defence Ministry.

"The Chinese delegation will attend a key phase of the Vostok-2010 drills at the Tsugol training grounds, and will be presented with a general overview of the Vostok-2010 exercises and observe a river crossing practice performed by Russian troops. 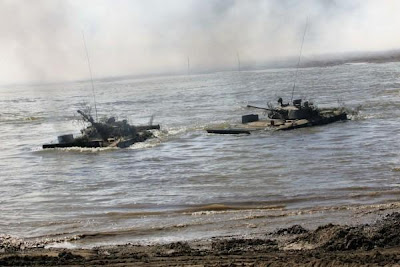 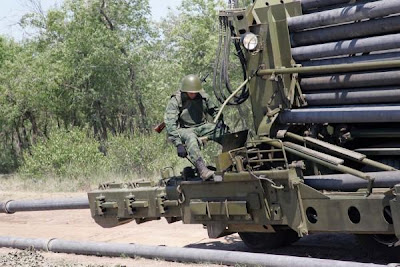 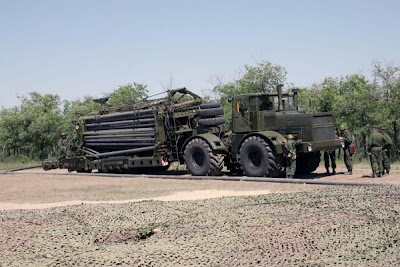 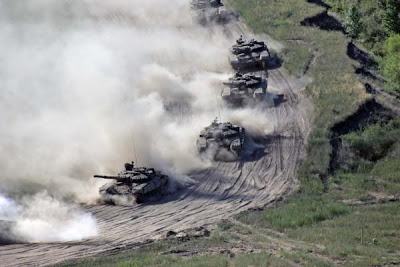 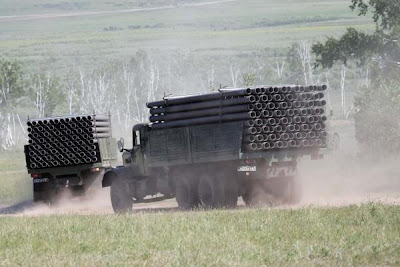 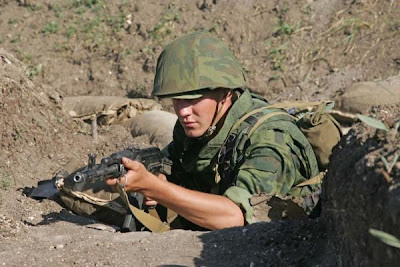 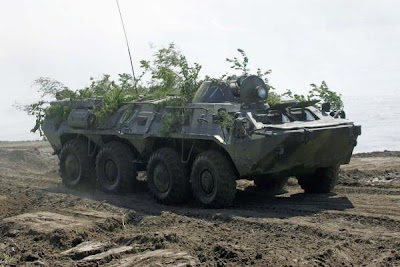 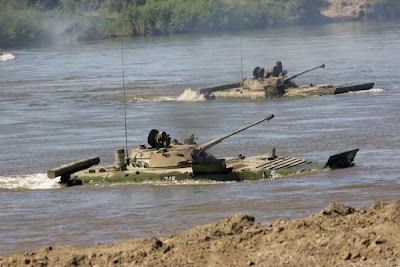 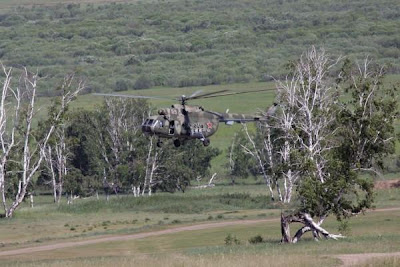 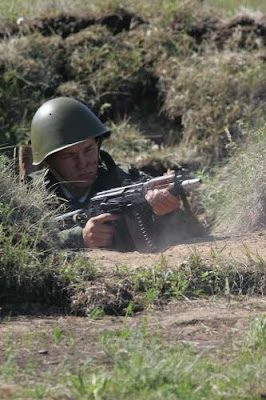 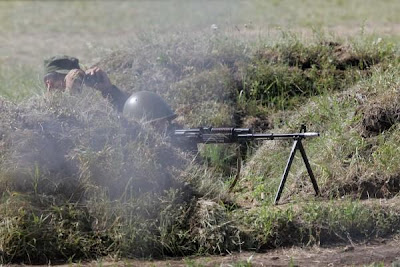 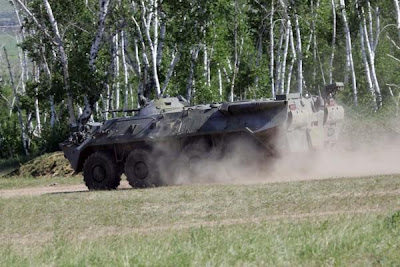 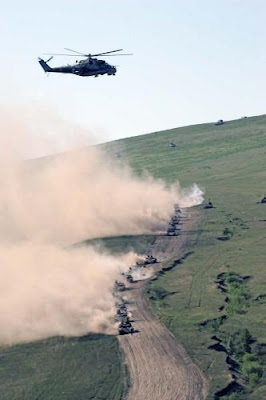 Unknown said...
This comment has been removed by the author.
1:15 AM