On the afternoon of July 24, local time, the visiting formation consisting of the “Guangzhou” warship and the “Chaohu” warship from the 5th Chinese naval escort taskforce slowly sailed out of the north entrance of the Suez Canal of Egypt and entered the Mediterranean Sea under the guidance of the local pilot. This is the first time for the Chinese naval escort taskforce to pass through the Suez Canal to enter into the Mediterranean Sea after accomplishing its escort mission in the Gulf of Aden.

At 05:00 on July 19, local time, the “Guangzhou” guided-missile destroyer and the “Chaohu” guided-missile frigate of the 5th Chinese naval escort taskforce set sail, bidding farewell to the Gulf of Aden and the waters off the Somali coast where they had stayed for 137 days and embarking upon the new voyage of visiting four countries in Africa, Europe and Asia.

It is learned that the visiting taskforce consisting of the “Guangzhou” warship, the “Chaohu” warship, two shipboard helicopters and 70 special operation members of the South China Sea Fleet under the Navy of the Chinese People’s Liberation Army will pay a goodwill visit to Alexandria in Egypt, Taranto in Italy, Piraeus in Greece and Yangon in Myanmar in succession. During the visit, the taskforce will carry out exchanges in various forms with navies of those countries. 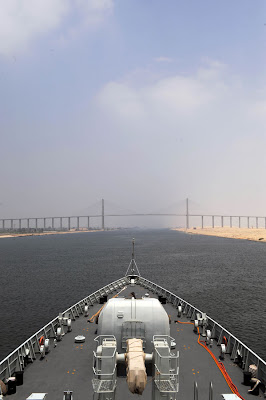 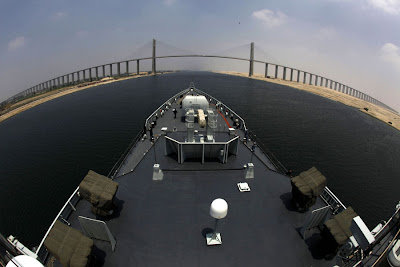 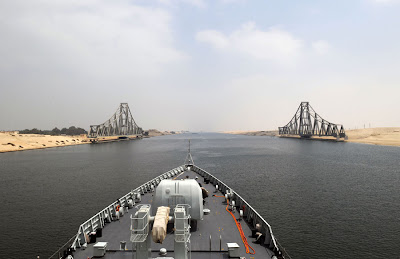 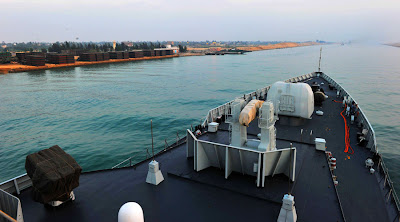 Chinese commercial shippings have sail all over the world for a long time. It's time for its Navy to do the same.