BEIJING (Reuters) – Chinese naval forces have carried out a series of drills in the South China Sea, the Defense Ministry said on Thursday, strategic waters which are disputed by a number of Southeast Asia countries.

The exercises were overseen by General Chen Bingde, Chief of General Staff for the three-million-strong People's Liberation Army, the Defense Ministry said on its website (www.mod.gov.cn).

The ministry's statement did not say exactly where the drills took place or how many ships or sailors participated. It said guided missiles were fired and anti-aircraft attacks simulated, as well as electromagnetic interference.

"Pay close attention to changes in the development of the mission, soundly prepare for combat," the ministry paraphrased Chen as saying.

China was furious after it was ambushed at Asia's top security forum last week by a discussion of sensitive territorial claims in the South China Sea, an area rich in energy and key for shipping. China has long-standing territorial disputes there with Brunei, Malaysia, Taiwan, the Philippines and Vietnam.

Beijing had kept serious discussion of the South China Sea off the agenda of the ASEAN Regional Forum (ARF) for a decade and a half. But last week in a meeting in Hanoi, 12 of the 27 members -- including some with no direct stake in the territorial disputes -- raised maritime issues.

China's Foreign Ministry accused U.S. Secretary of State Hillary Clinton of a barely disguised assault on Chinese interests by bringing up the topic.

Chinese state media has since weighed in, warning the United States to alter its policy to take account of China's role as a major player on the world stage if it wants to avoid friction and instability.

U.S.-China security ties have also been strained over joint U.S.-South Korean military exercises this week directed at North Korea but held in seas near China.

China's own growing military clout has worried many of its neighbours, including Japan and Taiwan, the self-ruled island Beijing claims as its own.

Vietnam recently ordered six Kilo-class diesel submarines from Russia as part of a major arms purchase that analysts see as an attempt to counterbalance China's growing naval reach in the region.

The participating warship is launching missiles.

The combined-arms actual-troop and live-shell exercise organized by the South China Sea Fleet (SCSF) under the Navy of the Chinese People’s Liberation Army was successfully held in a sea area of the South China Sea on July 26. By giving prominence to the actual use of arms in combined sea control, anti-missile air defense and air control operation in complicated electromagnetic environment, the exercise made new attainments in the study and exploration of such aspects as the construction of complicated electromagnetic environment and information control mechanism as well as the organization and training modes facilitating the generation of systematic combat capability based on the information system. 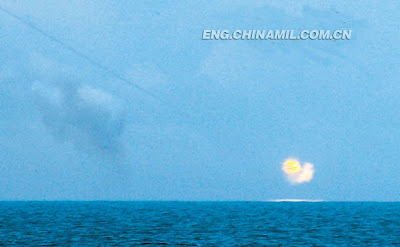 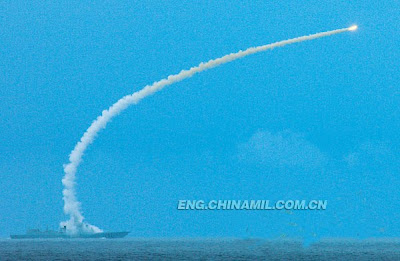 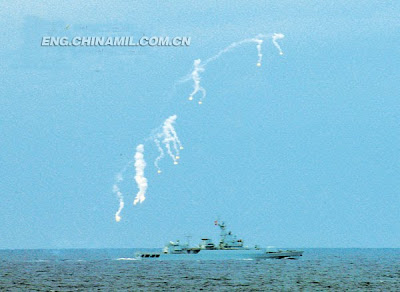 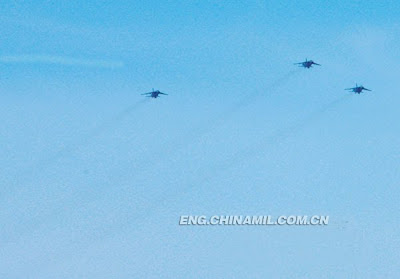 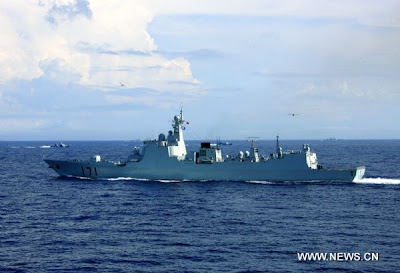 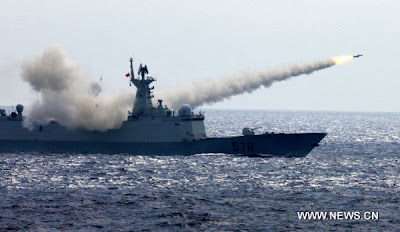 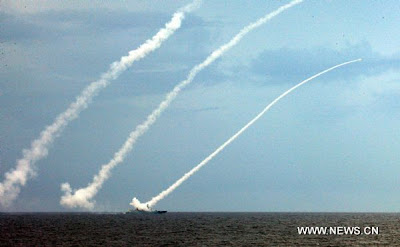 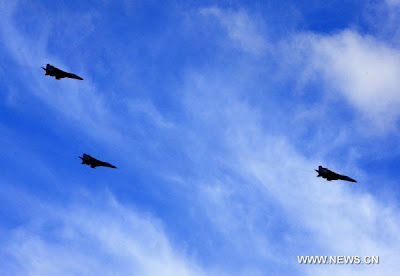 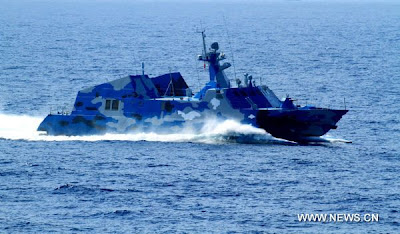 Posted by Coatepeque at 9:25 PM