According to the website far-maroc.forumpro.fr (here), the Moroccan Army recently acquired 150 MBT2000 VT1-A from Norino. 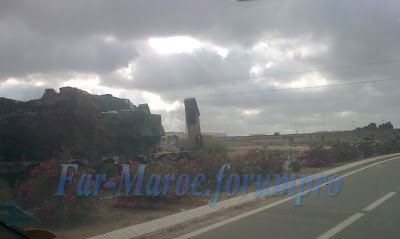 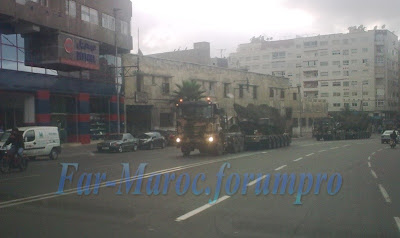 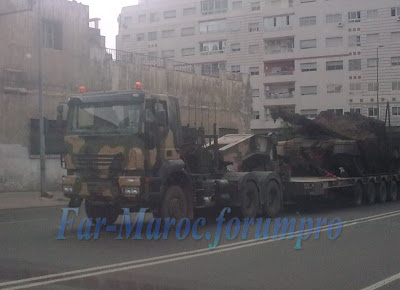 Monday, September 14, 2009
VT1A Main Battle Tank.
Norinco's VT1A MBT was first revealed in the October 2009 issue of "Ordnance Knowledge", a Norinco owned monthly magazine -- The VT1A MBT is a scaled down Type98/99 MBT built for export and similar to rest of the Type98/99 series of MBT, it's driver seat is located at the center of the hull and forward of the turret.

So this tank - the VT1-A - was not just a prototype design - it was actually produced by NORINCO?

Pity that there are no pictures of the tank without camouflage.

It appears to be a derivative of the T-72 with a Chinese-style polygonal turret and blocks of reactive armor.

It also has the Leopard II - like arrow frontal turret.

I suppose it carries the Chinese copy of the Soviet 125 mm smooth bore gun?

For me, the key to calling it a T-72 derivative was based on the chassis, suspension, glacis and layout - not just the 125 mm smooth bore gun.

It has six road wheels on either side with torsion bar suspension, like a T-72.

The face pattern on the road wheels themselves are very similar to that of a T-72.

(Contrast this to the road wheels on the Type 88/96 which are US-style).

It has a shallow-sloped front glacis plate with v-ribbing and a centrally-located driver's position - again like that of a T-72.

The front fenders and the track pattern are similar to that of a T-72.

The transverse, rear-engine and transmission placement are similar to that of the T-72.

I admit the engine is a Chinese copy of a German heavy-duty, turbo-charged V-8 rather than the Soviet V-12 diesel.

And incidentally the Al-Khalid and the MBT-2000 are both derivatives of the T-72 design - for the very reasons I have sited.

What made the Soviet gun less accurate was

1) the inferior quality of ammunition, particularly the APFSDS rounds.

However, in flight over longer ranges, those fins cause high drag that rapidly reduced muzzle velocity (along with the penetration) over 2000 meters.

2) Soviet gun barrels were not as well-made or intended to last as long as Western barrels, and tended to distort under higher pressures and temperatures, again reducing accuracy.

My intention is not to sound rude, but what pictures are you looking at inregards VT1-A?

If you looking at the very first pictures of Type 90, which available on sinodefence type 90 article, you will notice Turret is very, in comparison to Al Khalid/VT1-A. AL Khalid in appearance is the twin of VT1-A.

If you look on Pakistan defence forums galleries you will notice that you are wrong to say Chassis/splash board are same. The T 72 is more angled, whereas Al Khalid has similiar front chassis as M1 tank.

The exaust outlet is on the rear, whereas T 72 is on side. The tread design is rubber coated hard to see metallic track

Yes certain features are similiar to T 72, such as the fender, I assume you mean self intrenching device? does not need to be changed, similiarly road wheels are well designed, so why change?

Alt of what you listed is found on T 80 tank. VT1-A/Al Khalid followed conventional design principles to save time and money, when it was being developed.