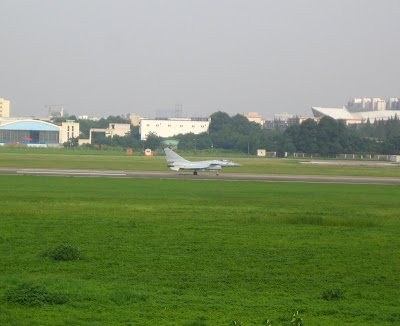 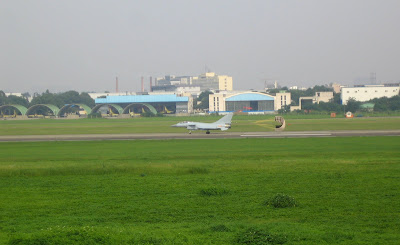 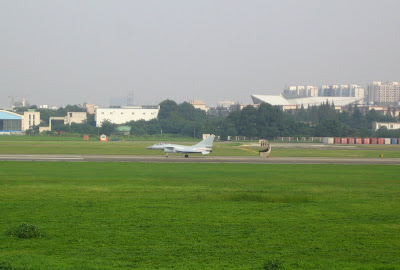 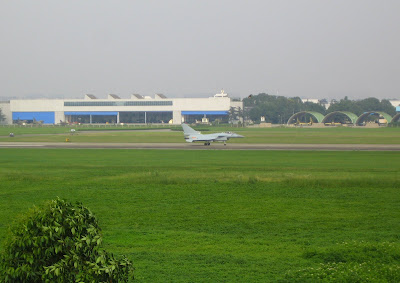 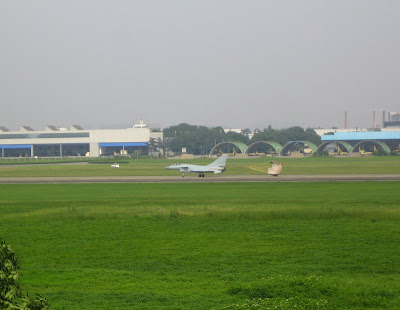 Posted by Coatepeque at 8:58 PM

Is it just my bad eyesight or that aircraft has no numbering on it?

Was the aircraft's unit number removed by a censor?

Note, correct me if I'm wrong, but this one (unlike all the previous pics) has a air-refueling probe on it.

It's also painted PLAAF gray, like current aircraft in service with the Chinese Air Force.

Does that mean it's NOT a Chengdu prototype but an actual in-service PLAAF fighter?

Those were "spotters" photos and don't think the number is PS-ed. Operational eval??