It seems that UAV has become the main attraction in this year's Air Show China (here), (here), (here) and (here). With coverage ranging from the Wall Street Journal, the Market Watch to the Financial Times, oh my.

That is a record number of UAVs, according to show officials, and continuing evidence of China's growing interest in unmanned technology.
Related Topics


Some of the UAVs will serve as combat and battlefield reconnaissance roles. In one video, a UAV locates a U.S. aircraft carrier and relays the information for a follow-on attack by Chinese anti-ship missiles.

About 70 aircraft from 35 countries and more than 600 domestic and foreign exhibitors are showcasing their wares at Zhuhai in China's southeastern province of Guangdong. The show is China's biggest aerospace and aviation show and will run from Nov. 16-21.

ASN Technology is the largest UAV production company in China, with a history of developing unmanned aerial platforms, including drones, since 1958, said a company press release. The primary customer is the Chinese military and the company controls more than 90 percent of the UAV market in China.

ASN showed off 10 different UAVs, including the new ASN-211 Flapping Wing Aircraft System, which simulates a bird in flight. The prototype on display has a take-off weight of only 220 grams with a maximum speed of six-to-10 meters a second and an altitude ranging from 20-200 meters. A spokesperson said the micro-UAV would mainly be used for low-altitude reconnaissance for troops in the field.

The largest UAV on display by the company was the ASN-229A Reconnaissance and Precise Attack UAV. Equipped with a satellite data link, it can perform aerial reconnaissance, battlefield surveys, target location and artillery fire adjustment during the day or night. It has a take-off weight of 800 kilograms and a cruising speed of 160-180 kilometers per hour with an endurance of 20 hours.

Though ASN had the most UAVs on display, the most sophisticated unmanned platforms are being produced by CASIC and CASC. Both companies displayed models designed not only to locate the target, but also to destroy it.

CASIC took the prize for UAVs capable of intimidating the U.S. military. These included the jet-powered WJ-600. In a CASIC video, the WJ-600 identifies a U.S. aircraft carrier and relays targeting information for a Chinese assault by anti-ship cruise missiles.

The UAV can handle a variety of payloads, including weapons, synthetic aperture radar, electronic warfare equipment and data relay systems. Air-to-ground weapons featured with the WJ-600 include the Hellfire-like KD-2 and two unidentified weapons - the TBI and ZD1.

Other UAVs displays included a little-known company called Zhuhai X.Y. Aviation, which exhibited two new reconnaissance platforms, the 200-kilogram Blue Arrow (UR-J1-001) and 40 kilogram Sky Eyes (UR-C2-008). A company spokesperson said there were three prototypes of the Blue Arrow now being test-flown and that the prop-driven engine was from an unidentified "German company."

The company had produced two prototypes of the Sky Eyes now being test flown. 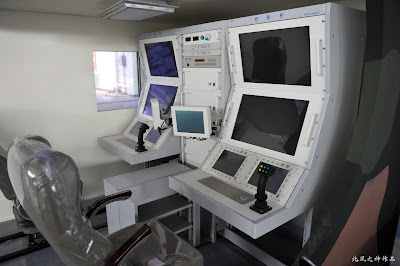 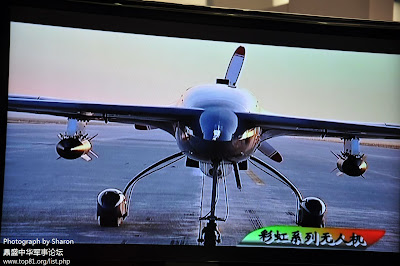 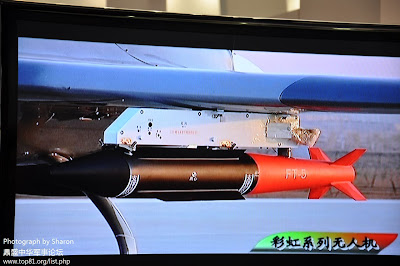 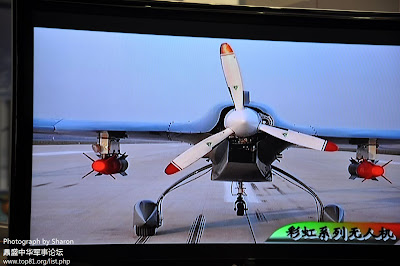 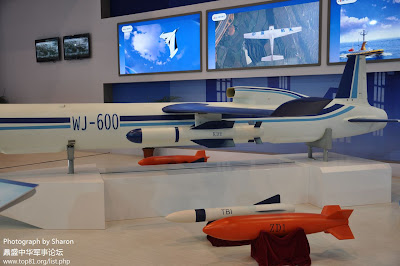 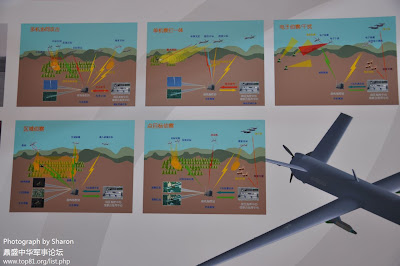 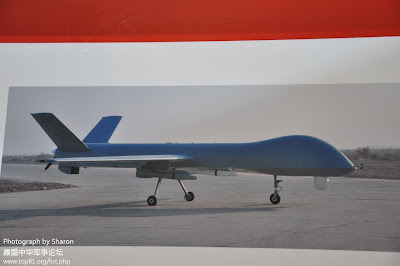 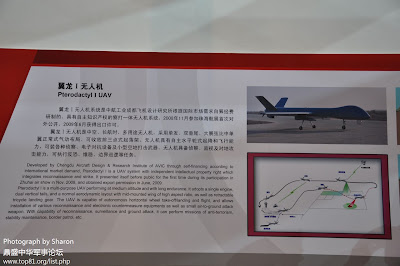 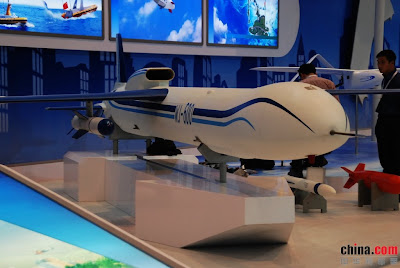 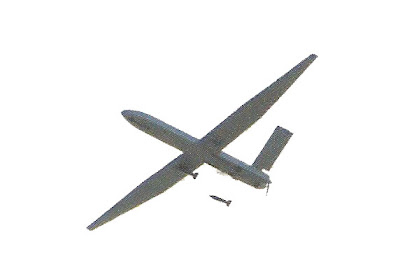 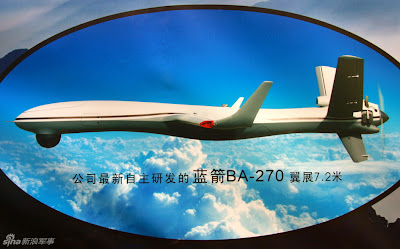 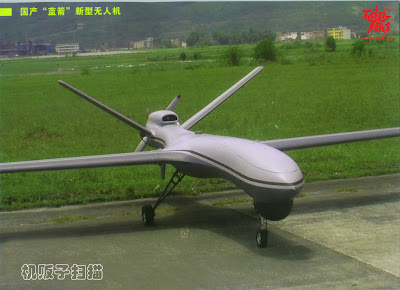 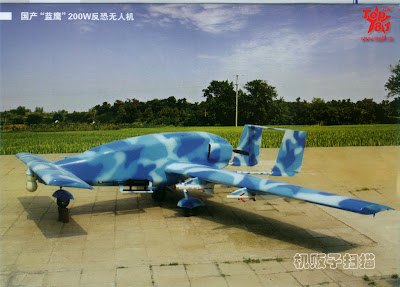 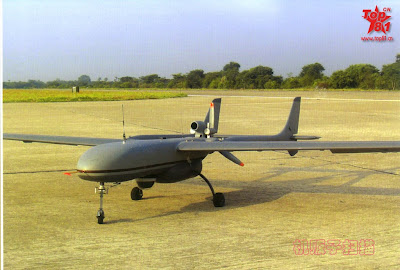