The rumor of DDG 138 Taizhou participating in the PLAN 7th taskforce to the Gulf of Aden has been confirmed to be false.

For whatever the reason, the PLAN does not like to place its imported warships under international spotlight and they seldom take part in foreign port calls. This is about to change -- rumor has it DDG 138 Taizhou (Russian Sovremenny class) might participate in the 7th PLAN task force to the Gulf of Aden.

At 4:00 p.m. , November 1, the 7th Chinese naval escort taskforce which is to implement the escort task in the Gulf of Aden and the waters off the Somali coast held a ceremonious oath-taking and mobilization meeting in a military port in Zhoushan, east China’s Zhejiang Province.

According to Li Jianjun, political commissar of the 7th Chinese naval escort taskforce and deputy director of the Political Department of the ECSF, the taskforce is formed by the ECSF’s two home-made new-type missile frigates “Zhoushan” and “Xuzhou” and the “Qiandaohu” comprehensive supply ship.

This is the second time for the three warships to implement the escort task in the Gulf of Aden and the waters off the Somali coast. The three Chinese navy ships would carry two ship-based helicopters and more than 780 servicemen, including dozens of special operation members to the mission area, said Li Jianjun.

Du Jingchen and Cen Xu, commander and political commissar respectively of the ECSF, were present at the oath-taking and mobilization meeting. 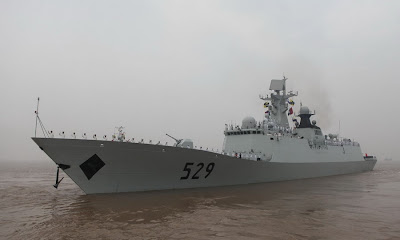 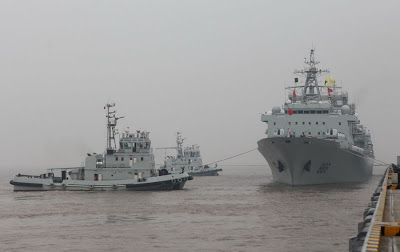 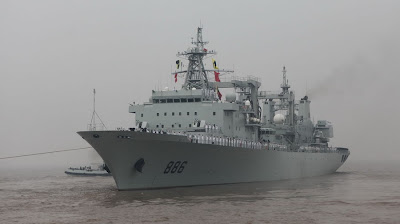 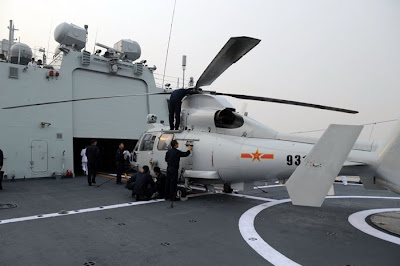 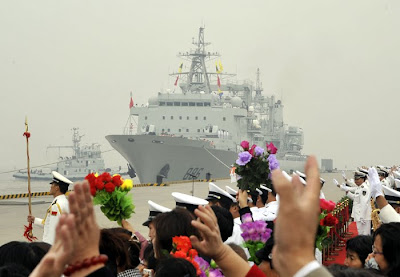 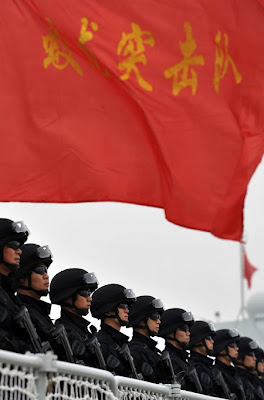 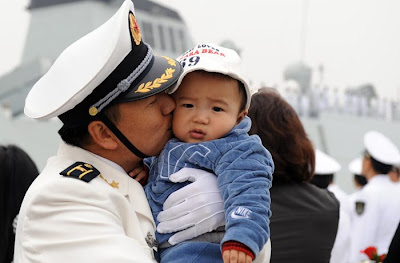 This sort of confirms our suspicions about the overall qualities of Soviet-era ships.

Not only do they seem to be less durable than their PLAN-built counterparts (there are still Luda class destroyers and Jianghu class frigates in operation some of which have even been converted to Coast Guard use) but both their endurance and sea-range as well as their habitability outside cold waters seems marginal.

These ships bought during a period of tension with Taiwan over independence have proved to be a poor investment.

I have a feeling they will mainly operate around their Chinese homeports and then will quietly be retired.

It appears that local ships from the commercial Shanghai and Guangzhou shipyards have far better endurance, sea-keeping qualities and habitability than their Russian-built counterparts.

They are also much more suited to use in the waters around the East and South sea fleets.

I believe that there is little to be learned or gained from further Chinese purchase of Russian-built ships except maybe for nuclear-powered submarines.

According to the interview I conducted with PLAN vets, the imported Soviet FAG were impossible to perform maintenance on, especially at sea. In addition, crew comfort was never part of the design.

They preferred to work on the old Hainans. I guess there is a reason those old workhorses are still around.