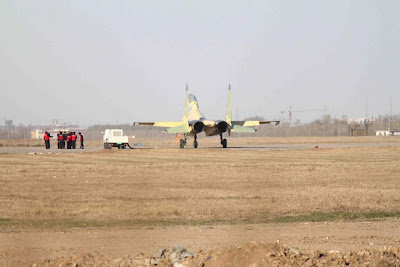 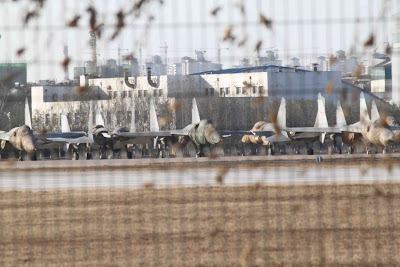 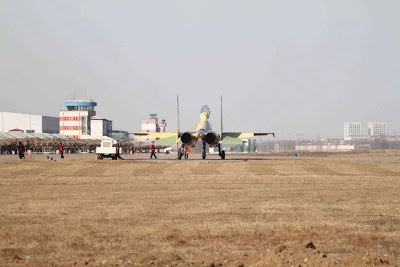 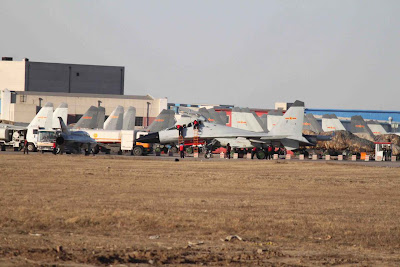 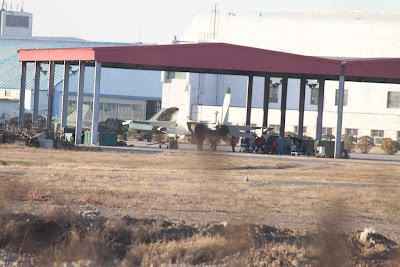 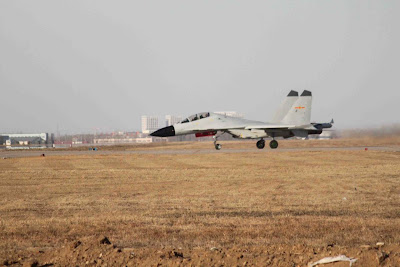 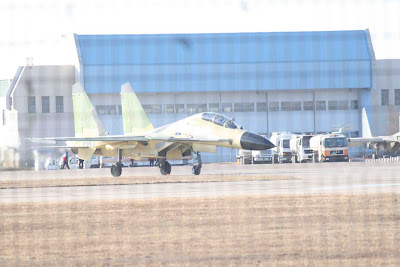 Moscow is wooing Beijing to resume negotiations on the purchase of Su-33 fighters for future Chinese aircraft carriers after talks collapsed last year, a Macau-based military researcher with strong PLA connections says.
Russia is keen to reopen the Su-33 production line after a 10-year hiatus but realises time could be running out after China successfully tested an indigenous carrier-capable fighter, the J-15, which many say is a copy of the Su-33, Macau International Military Association president Antony Wong Dong said, citing a mainland military insider.

A Russian military website said on Wednesday that Beijing was returning to the negotiating table with JSC Sukhoi, Russia's major aircraft producer, about a deal for Su-33 fighters capable of operating from China's first aircraft carrier.

"However, my military connection told me that China's indigenous J-15 successfully completed its first test flight on August 31 last year, which means China doesn't need to rely on the Su-33," Wong said.

Research and development of the J-15 formally began in 2006, after Beijing revealed it was planning to develop an aircraft carrier battle group.

"However, so far we don't know whether it is using the Chinese-made FWS-10A engine, or Russian-made turbo engines," Wong said. "It is an open secret that China's technology in aircraft engine development still does not compete with Russia's, and Russia threatened not to sell its engines to China early this year."

Russia also claims that China's J-series fighters - from the J-10 to the J-15 - are just inferior copies of Russian originals.

In July, Colonel Igor Korotchenko, a member of the Russian Defence Ministry's Public Council, cast doubt on the J-15's capabilities.

"The Chinese J-15 clone is unlikely to achieve the same performance characteristics as the Russian Su-33 carrier-based fighter, and I do not rule out the possibility that China could return to negotiations with Russia on the purchase of a substantial batch of Su-33s," Russian media quoted Korotchenko as saying.

Earlier reports said the deal to supply Su-33s collapsed due to China's request for an initial delivery of two aircraft for a "trial". China instead obtained an Su-33 prototype, the T-10K, from Ukraine for J-15 research. Wong said this week's Russian report had just reiterated Korotchenko's prediction in July, and told Beijing that Moscow's negotiating door was still open.

A Shanghai-based retired People's Liberation Army senior colonel familiar with Beijing's aircraft carrier project confirmed that the engine of the J-15 was still inferior to the Russian-made turbo engine. "The aircraft engine is the heart of a fighter jet, with Russia spending 20 years to develop its Su-33 engine," he said. "Buying Su-33s from Russia is possible, but not the first choice for Beijing because the timetable is quite tight."

"Our technology is still inferior and unstable just because our leadership spent only 600,000 yuan (HK$696,000) a year on engine research and development before 1990," he said. "But as aircraft play the key role on a carrier, and the engine is the heart of any plane, I think buying stable Su-33s is still another choice for us."

Posted by Coatepeque at 8:14 PM

what a load of shit...J-10 inferior copy of Russian aircraft...LOL just LOL...this one single word proves that this guy knows crap all about anything, probably just a paper pusher behind a desk

well i guess he doesnt have much of a choice. with chinese weapons entering the market they'll do anything, even trash talk, to try and keep themselves competitive. honestly besides the engine the j-15's avionics out-classes the su-33 hands down. and with the development of the ws-10 coming along smoothly i doubt the chinese will purchase the old su-33s

Considering the Su-33 entered service in the 80's it's not suprising the J-15, which is entering service in the second decade of the 21st Century, would have superior avionics.

And an awful lot has been said about Chinese weapons supplanting Russian ones in the international marketplace but very little has happened so far. My guess is when Chinese weapons are exported to another country and finally examined by non-Chinese experts they will not live up to their hype.

Unknown said...
This comment has been removed by the author.
10:36 AM

Can you believe words like, shenyang J10, was reported on Air Force Monthly? If so, dont be so shock to read this crap.