J-8II Ground Attacker –replace the center fuselage tank with a bomb and call it good.

The J-8II was designed to perform as a high speed interceptor to counter enemy bomber fleets. With the introduction of the more modern Su-27/J-11/J-10, the PLAAF is moving the J-811 to a secondary role of "PGM Trucks" similar to the Q-5D/E modernization path.

Modification of the new J-8IIs include replacing the center fuselage "wet" drop-tank hardpoint with a weapons station and a newer "look-down/shoot-down" radar, similar to the KL-10, to provide secondary ground attack capability. This change will not only reduce the J-8II range but also impact its already poor aerodynamic performance. But, with the J-8II’s high-speed, it is expected to deliver the PGM payload quickly in any hit-and-run bombing exercise.

According to the latest rumor, the new G-modification will include the capability of launching two YJ-91 anti-radiation missiles in a SEAD (Suppression of Enemy Air Defense) role. It is not certain if the new G model will be a conversion from existing stock or a new factory build.

Just like the Q-5, the PLAAF is modeling its old fleet to get every last mile out of them. 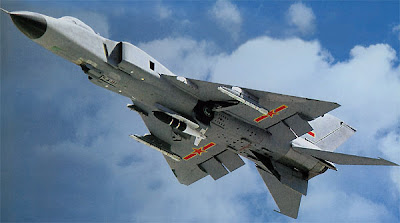 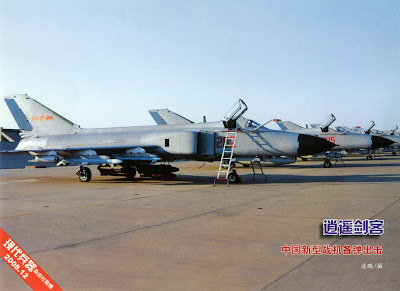 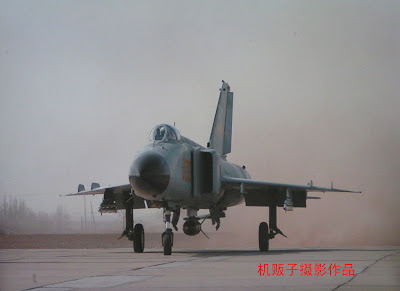 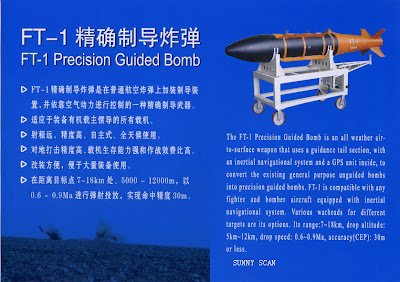 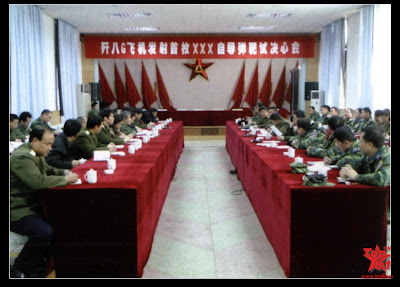 Posted by Coatepeque at 4:36 PM

Against regional airforces, such as IAF, equiping older designs with modern weapon packages to deliver smart weapons is preferrable. J 10, J11, SU 30 series aircraft will do the main dogfighting, the older J 8 and J 7 fighters can be used to ambush opponents. In Soviet training exercises Mig 23 used hit and run successfully on a number of occasions against mig 29's. And lets not forget N Vietnamese similiar tactics against superior US airforce. The likes of IAF is not more or less advanced then PLAAF, thus hit and run tactics on enemy fighters can work. Inregards to article, let more modern fighters engage OPFOR aircraft whilst Q 5S, J 8 (ground attack version) and JH 7A go and bomb targets that dont have aircover.

So I am assuming this is yet another example which pilots testing a new tactic b4 better fighters become available. In their words, qualified soldiers first, advanced weaponry next.

Secondly, in wartime, a fighter with some aams can do much more than just hit and run, with in air refill.

Here is other way to look at it -- they need a secondary line of birds to keep the pilot slot open.

I heard about PLAAF being cheap, but WTF...

But I guess it good for training and against "lesser equipped" opponent around China I guess.