As reported in today's Financial Times, China has agreed to sale 36 J-10 to Pakistan. This important deal has been under negotiation for two years now (as has been noted several times in this blog) and signifies not just a military exchange between China and Pakistan, but a strong "all weather" commitment between those two nations. The timing of this news is very close to Obama’s planned visit to China. Maybe there is more to this deal than just 36 J-10s? It will also be interesting to see how Pakistan will foot the bill. China has a tendency to grant low interest rate for such deals, as was noted in the recent Pakistani acquisition of four Sword class FFGs.

By Farhan Bokhari in Islamabad

China has agreed to sell Pakistan at least 36 advanced fighter jets in a landmark deal worth as much as $1.4bn, according to Pakistani and western officials.

Beijing will supply two squadrons of the J-10 fighter jet in a preliminary agreement that could lead to more sales to Pakistan in the future, said a Pakistani official.

The official said Pakistan might buy “larger numbers” of the multi-role aircraft in the future, but dismissed reports that Pakistan had inked a deal to buy as many as 150 of the fighter jets.

Defence experts described the agreement with China as a landmark event in Pakistan’s defence relationship with the growing military power. China’s transition from a manufacturer of low-fighters to more advanced jets comparable to some western models is seen as evidence of Beijing’s growing strategic clout in Asia.

“This agreement should not simply be seen in the narrow context of Pakistan’s relations with China,” said Abdul Qayyum, a retired Pakistani general.

“There is a wider dimension. By sharing its advanced technology with Pakistan, China is ... also saying to the world that its defence capability is growing rapidly.”

Pakistan has a fleet of 45 F-16s, which are built by Lockheed Martin. The Pakistani air force is using the fighter jet in its campaign against militants in South Waziristan. The US has agreed to sell Islamabad another 18 new F-16s and about a dozen older versions of the aircraft.

Over the past decade, China and Pakistan have collaborated on building their first jointly produced advanced fighter jet, known as the JF-17, or “Thunder”. Pakistan is expected to roll out the first domestically built version of the Thunder within weeks.

Pakistan’s air force plans to purchase at least 250 of the Thunder fighters over the next four to five years. Experts see the new Pakistani focus on China as a supplier of advanced fighters as evidence that Beijing is trying to expand its military power.

“Countries like Iran and possibly some of the Middle Eastern countries would be keen to deal with China if they can find technology which is comparable to the west,” said one western official in Islamabad.

“Pakistan will work as the laboratory to try out Chinese aircraft. If they work well with the Pakistani air force, others will follow.”

Copyright The Financial Times Limited 2009. Print a single copy of this article for personal use. Contact us if you wish to print more to distribute to others.

BEIJING, Nov 6 (APP): Air Chief Marshal Rao Qamar Suleman, Chief of the Air Staff, Pakistan Air Force here Friday called on Chinese President Hu Jintao and exchanged matters of common interest.The Chief of the Air Staff on the request of the host led the 35-member delegation of air force chiefs participating in the 60th anniversary of PAL (Air force) celebrations and spoke on their behalf.“I congratulate the leadership, the people of China as well as PLAAF on the 60th anniversary of the People Republic of China”, CAS Rao Suleman told APP after the meeting held at the Great Hall of the People.

Air Chief Marshal Rao said that PLAAF is developing into a modern force.

They are equipped with cutting edge technology and well trained personnel, he said.

Their development is not designed to pose any threat to any one, as the Chinese government and the PLAAF are committed to ensure peace and harmonious relations with others, he said.

“The vision of Chinese leadership is to maintain peace in the region as well as around the world”, said Air Chief Rao Qamar.

He pointed out that President Hu Jintao reiterated the commitment of the Chinese government that to continue to work for ensuring peaceful development in the world.

He said that he will speak at the Forum to highlight the importance and challenges of airpower in the 21st century.

He further said that it will also provide him an opportunity to share his vision with other delegations attending the Forum.

Air force in the 21st Century is confronted with various challenges, these included fight against terrorism and action to eliminate activities of non-state elements, besides carrying out relief operations during natural disasters.

This is the time that we all should sit together and formulate strategies to face these challenges, he said.

The Air Chief appreciated the vision of Chinese leadership that is to ensure peace and development in the region and the world as a whole.

“We are proud of our friendship between the government and PLAAF”, the Air Chief observed.

The Air Chief said Pakistan shares happiness and joys with our most trusted Chinese friends on the occasion of 60th anniversary of its founding.

He on the occasion recalled the happy memories of his previous visit to Pakistan and meeting with his counterpart there. 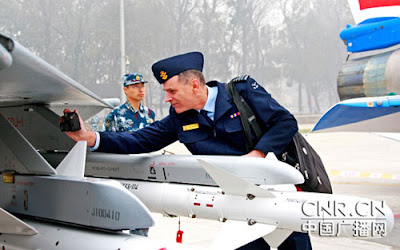 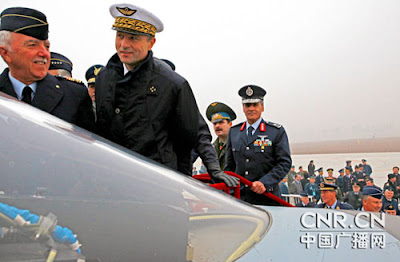 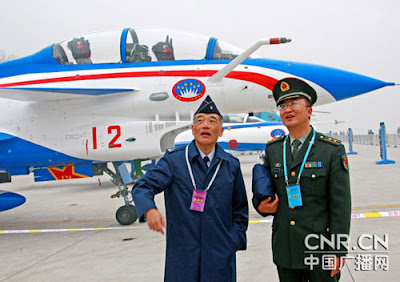 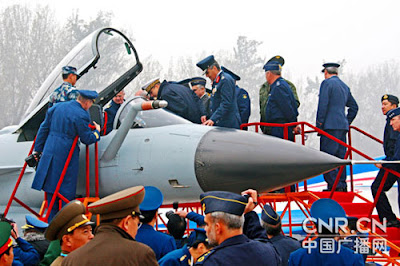 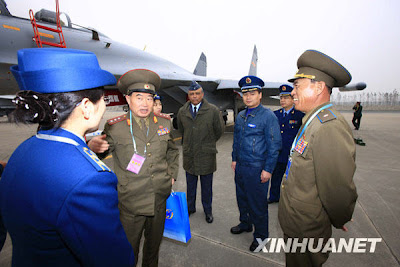 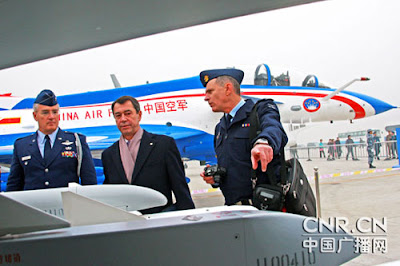 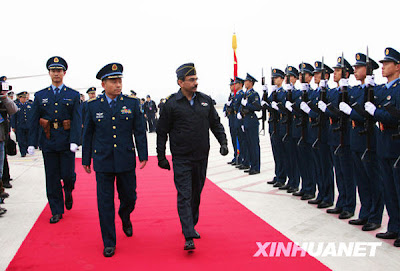 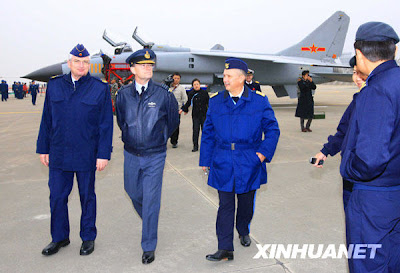 Posted by Coatepeque at 3:25 PM

May China always prosper and succeed and may our friendship strengthen and stand the test of time.

sir,i have some ideas for making more powerfull our defence both pakistan and chin.i am pakistani and i live in sarhad province.for contact please dial 0092-923580139.this is my home landline number.and my cell number is 0092-3365934881.please contact me if you want to making our country powerfull.

Chinese airplanes are not of high quality.

pakistanies must see what they are buying... quality of Chinese goods & planes is cheapest and poorest in the world...
the money must be invested in some scientific experiments rather than to waist on this bad deal

This is the way to go…to all the cow lovers out there….read this and fear the day when 700 of these j-10′s will rock ur ass !

Smart post admin
I hope to visit my blog and subscribe to me :)
Economic and Social Contributions of Small Business and how to become a small business owner